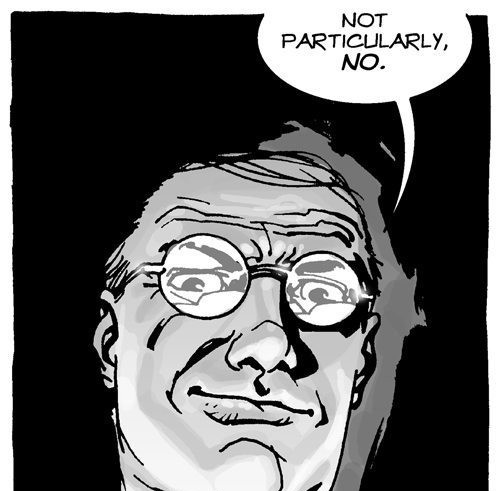 THE WALKING DEAD has given us an array of villains that have real world counterparts throughout its’ run, which includes serial killers. We love seeing fictionalized versions of real-life serial killers based on the likes of Ted Bundy and Dennis Radar. The real-life serial killer Ed Gein, in particular, has been the basis for three of the most popular horror films ever made (Psycho, The Texas Chainsaw Massacre, and The Silence of the Lambs). Serial killers have become a staple in the media in our world. Shows like Dexter fascinate us, and this is no different in THE WALKING DEAD. However, the versions we are shown in the media lead to misconceptions about what a serial killer actually is. Today, we’ll be taking a look at the myths of the Hollywood serial killer through WALKING DEAD’s own Thomas Richardson.

READ: Want more of THE WALKING DEAD Villains? Read more about another psychopath, the Governor!

For those unfamiliar, Thomas is a short-lived villain in THE WALKING DEAD comic book. He does have a counterpart in THE WALKING DEAD TV series, but the character is far removed from the comic book’s version. In the TV series, he is named Tomas, played by Nick Gomez, and is the leader of the inmate group who meets his end after trying to kill Rick. He is clearly a little unhinged, but since there is little known about Tomas, the comic book character is the serial killer we’ll want to focus on. Like Tomas, Thomas Richardson belongs to the inmate group found at the prison. However, he is not the leader and does not seem all that dangerous, acting as a mild-mannered man who was incarcerated for tax evasion. As the story progresses, Thomas reveals his true colors by killing the Greene twins and attempting to kill Andrea (only leaving a large facial scar) and Patricia at the prison. As a result of his blood lust, he is shot and killed by Maggie Greene. 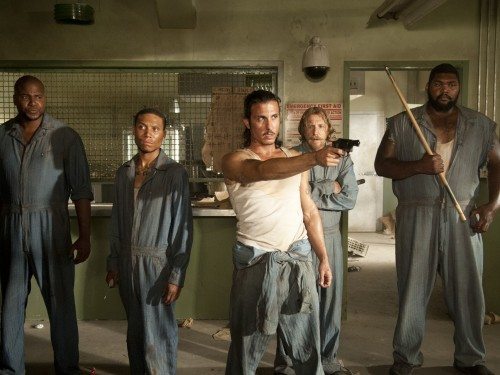 When we look at the real-life serial killer, we as a society usually group them into one look or type of person. We usually associate them as crazy or maniacal intellectuals like Hannibal Lector. We also look at gender, race, and motive; stereotyping serial killers as white males who only kill women. Here, we look at the top six myths of serial killers through Thomas Richardson.

Myth #1 – They’re Mentally Ill Or Evil Geniuses: Both of these could be used to describe Thomas. Before the zombie apocalypse, he was charged with murdering his wife. While being transported to the prison, he was pleading that he had not killed his wife and actually believed his own plea, which could indicate a metal illness. As for the “evil genius” myth, he is certainly shown to be clever. When Rick and his group meet Thomas, he tells them that he was in prison for tax evasion. This intelligent lie made him seem less threatening and allowed him to seem unassuming compared to the his fellow inmates. However, this myth is a myth for good reason because not all serial killers are mentally ill or evil geniuses, but rather they have antisocial personality disorders. Most of the time, serial killers suffer from antisocial personality disorders such as sociopathy or psychopathy, which do not categorize them as legally insane because they are aware that their actions are wrong. 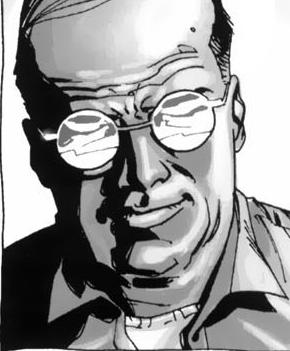 Myth #2 – They’re Dysfunctional Loners: This is the one and only myth Thomas does not exhibit. Many believe that serial killers are just reclusive men hiding away in the basement and plotting their next murder. Not true at all; many of them seem like normal human beings with families like your neighbors (Please don’t start spying on your neighbors). For example, Dennis Radar was married for thirty-four years and had two kids! Thomas had a wife and was social in the prison with the other survivors. Before his true nature was revealed, he was seen helping Rick’s group move into their prison cells and speaking with everyone normally. Since he seemed very sociable, he came off as trustworthy compared to the others who announced they were convicted of murder. 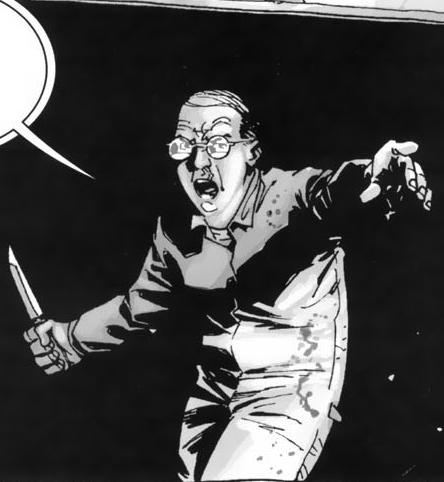 Myth #4 – They Want To Get Caught: Based on his actions, it seems as though Thomas wants to be caught by the rest of the survivors in the prison. His first victims in the prison are Rachel and Susie Greene. His choice in attacking two people instead of one is illogical if he wants to get away with the murders. Since there would be a good chance one of the two sisters could get away or at least struggle enough that someone could hear one of them cry out for help. Later, while trying to kill Andrea, he chases her out in the open where the others are working and declares his intentions to kill her. Both instances indicate that he cares very little about getting caught. However, most of the time, real serial killers are apprehended because they are not experts in killing. They leave behind evidence or commit a murder in a fit of rage without realizing their surroundings. In the case of Dennis Nilsen, he was caught when a plumbing company was called to deal with drain blockage in his apartment building. The drain blockage came from Nilsen disposing body parts down his drain, which the authorities linked back to Nilsen.

Myth #5 – All Victims Are Women: This myth is also true in Thomas’ case as he only targets women as his victims. He killed his wife, Rachel Greene, Susie Greene, and tries to kill both Andrea and Patricia. Not much is offered in terms of a motive, but he is shown as a sexist with a clear hatred for women. He goes aso far as to say such things like, “ Come back here you slut! It’s time to get your medicine, you fucking whore!” while attacking. In reality, not all serial killers target women. The myth stems from the fact that a majority of victims are women, which is linked to a sexual motive that many serial killers have. 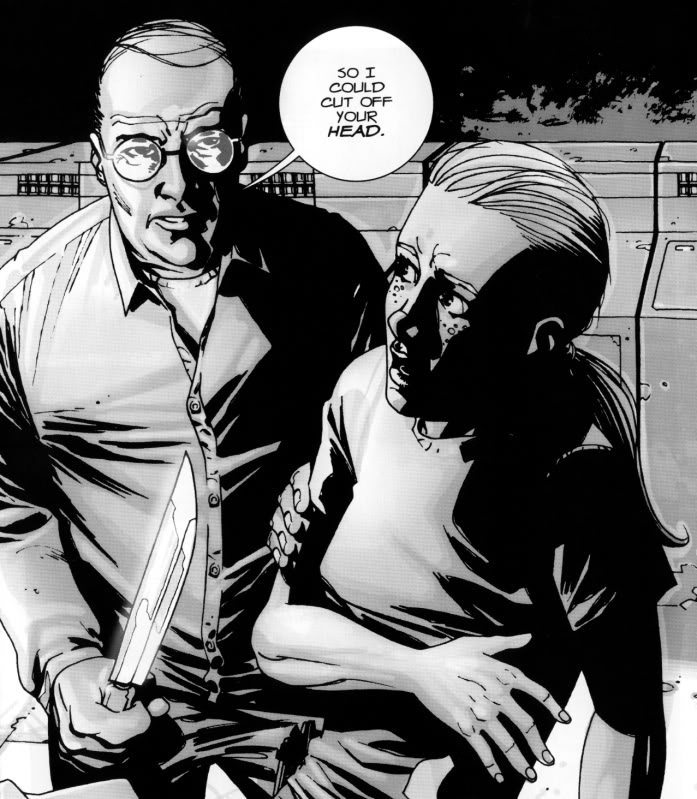 Myth #6 – They’re All White: Not only is Thomas written as a male but he is also written as Caucasian. It seems interesting that he is white and that the survivors may trust him, in part, for that characteristic. Whether Kirkman was driven by race or serial killer stereotype, the fact remains that he is still a caucasian serial killer. Like the other myths on this list, the idea that all serial killers are white stems from the fact that the majority of them are white. This is not because serial killers are only white people, but because the population of the U.S. is primarily Caucasian and the statistics mirror population. Also, while twenty percent of serial killers are African American, many white serial killers have become infamous in our society like Gary Ridgway, Jeffrey Dammer, and Colin Ireland. (Google them!)

There are many myths about serial killers in our society. Many stereotypes about serial killers is derived from the fact that the majority of the time, the stereotype applies. Many of the icons we see in entertainment and those who get most coverage are the ones that we associate with when we describe the characteristics of a serial killer. This seems to be why Kirkman decided to make his prison serial killer, Thomas Richardson, a disturbed Caucasian male who doesn’t care about being caught and only targets women.

NOTE: I hope you’ve been enjoying THE WALKING DEAD Villains series! We will be taking a break and return in a couple of weeks!