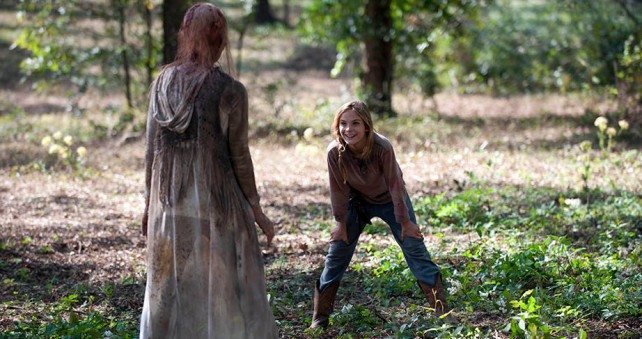 In THE WALKING DEAD, Carl Grimes has been the child who has commanded the most focus. However, other children in THE WALKING DEAD have been seen on a few occasions, usually with horrific implications.  We all remember the moment Sophia’s walker shuffled out of the barn on the TV series, and we have seen the Governor’s “daughter” Penny.  Then there’s the story of Lizzie Samuels. Granted, Lizzie isn’t exactly the kind of antagonist we’ve looked at in our THE WALKING DEAD Villains series so far, but she was clearly a threat to the survivors (and herself) and is worthy of discussion.

Won’t someone please think of the children? I will, Mrs. Lovejoy, I will. 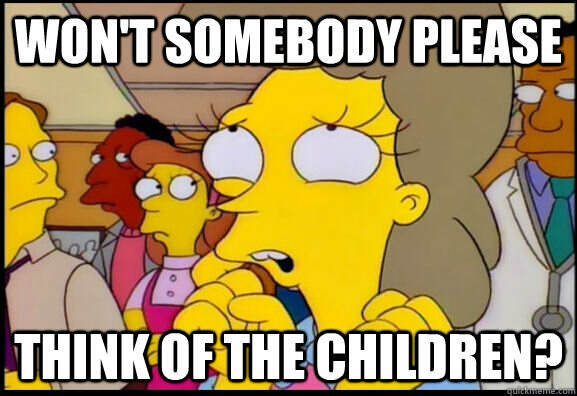 Lizzie and her sister Mika are themselves adaptations of the twins Ben and Billy, respectively, who are the children of Donna and Allen in the comics. By the time the boys arrive at the prison, Allen is their only surviving parent as Donna is deceased, and after Allen becomes another walker casualty, the twins are “adopted” by Dale and Andrea. Ben and Billy’s involvement in the comic is minimal until the survivors go on the road. Not soon after, Billy finds Ben poking at a dead cat which leads Dale to believe that Ben tortured and killed the cat. Later on this journey, Ben is found having just murdered his brother Billy (showing a fascination with death and the walkers similar to Lizzie’s), resulting in Carl executing Ben. 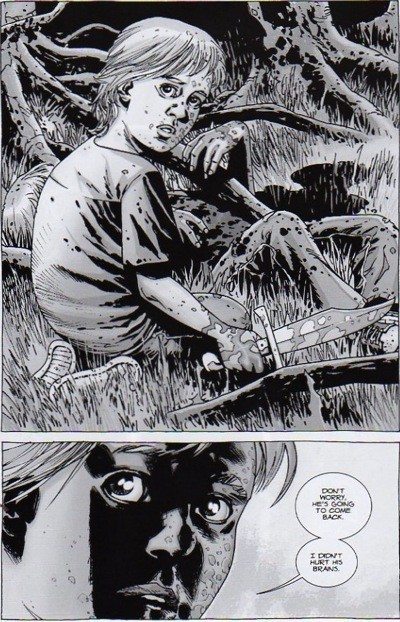 Lizzie has essentially the same story arc as Ben, but with a few key differences. In the TV show, she is first seen as a member of the prison with Mika and their father Ryan. Lizzie has a warped view of the walkers, not seeing them as the enemy, but as people. When their father dies, Carol steps in to take care of the girls while teaching the rest of the children how to kill walkers. Lizzie starts seeing her as a sort of surrogate mother, even accidentally calling her “mom.” After the fall of the prison, Lizzie and Mika are revealed to have gotten out with Tyreese and Judith, and later meet up with Carol. Lizzie begins to act more irrationally regarding walkers, until she finally kills her sister Mika, believing that she will reanimate and still be herself. Her story ends with Carol (taking over Carl’s role in the comic) executes Lizzie.

Some would say that Lizzie is just a little psychopath, but I it’s clearly more complex than that. If she were truly a psychopath, Lizzie would lack all empathy for other people. However, despite her actions, how she carries herself shows this is far from the truth. She cares a lot for others — even the people the walkers used to be — and shows a range of emotions. Personally, I think her problems stem from a poor understanding of death.

A child’s comprehension of death depends largely on the child’s experience with death during their developmental stage. In the world of THE WALKING DEAD, Lizzie’s primary experience with death involves seeing people die and come back as zombies. It is also worth considering that while she is 12 in the show, Lizzie could be mentally much younger due to stunted development thanks to poor nutrition, the stress of being in constant danger, and having an unstable family life. This could explain why throughout her TV run, Lizzie is shown to sympathize with the walkers, believing them to be the same as living people and treating them as such. She even goes as far as feeding them rats at the prison and again when she comes across a trapped walker on train tracks.

Any child younger than 4 does not have the ability to understand the concept of death. However, from the ages of four to ten, children begin to understand what death is, but see it as reversible; or want to believe it is reversible. This is directly in line with Ben who is five in the comic and Lizzie (considering her mental age) in the show. It’s almost hard to blame her for thinking death is reversible when Lizzie sees people come back to life after they die all the time. Its entirely possible that she may not have even experienced someone dying without coming back as a walker. That’s why she protects walkers from being killed when she believes it is unnecessary. As examples, she pleads with Tyreese to not finish off the train tracks walker and later yells at Carol for bludgeoning a walker she was “playing” with.

READ: Catch up in THE WALKING DEAD TV show with our review of “Not Tomorrow Yet”!

The way children are forced to grow up in the world of THE WALKING DEAD may be one of the saddest things the series deals with, especially because their lives often end so…unfortunately. Carl killing Ben and Carol shooting Lizzie were completely necessary, as Ben and Lizzie were dangers to the group and themselves. There was a high probability that they wouldn’t stop sympathizing with walkers or proving their point that walkers are people too by continuing to kill people so they reanimate. It’s always shocking to see children die, even in THE WALKING DEAD, but in this case, it was necessary. They’re all better off with Lizzie (and Ben) “pushing daisies”.