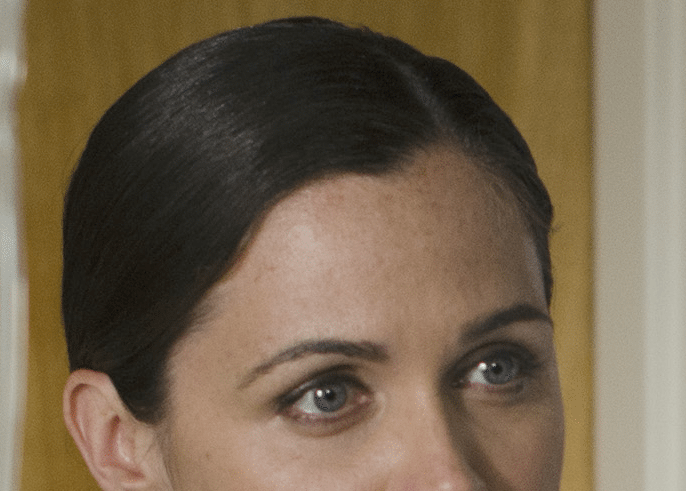 THE WALKING DEAD is littered with villains, which is why we have this article series. Rick’s group faces many challenges in the form of walkers and humans alike throughout their journey. Most villains in the franchise are men who have taken power and ruled over others. This is true for guys like Negan and the Governor. However, where are the female villains? While the comic book series neglects to introduce a main female antagonist, THE WALKING DEAD TV show does. Enter Dawn Lerner, the control freak.

LISTEN: Who is Negan? Click here to find out more about one of the best villains in THE WALKING DEAD!

Dawn (played by Christine Woods) is a police officer with the Atlanta Police Department, making her the second antagonist that is a police officer (Shane Walsh being the first). She leads a group of survivors, largely comprised of other police officers, in Grady Memorial Hospital. We first see her when Beth Greene is brought to the hospital. Through conversations with Beth, we learn that Dawn was charged to evacuate the hospital along with her mentor Hanson. Hanson became the leader of the group, but later had to be “dealt with” by Dawn after he spiraled out of control. Now, she is constantly trying to control the hospital environment as well as look as though she is in command. This is shown when she had to side against Beth after Beth challenges her authority and demands to keep Carol alive. Dawn actually wanted to help Carol, but had to maintain her status. She later gives Beth the keys to help Carol in secret. Also, Dawn has Noah beaten after he claims to have been the reason for a patient’s death so she can control everyone else and show that actions will not go unpunished. 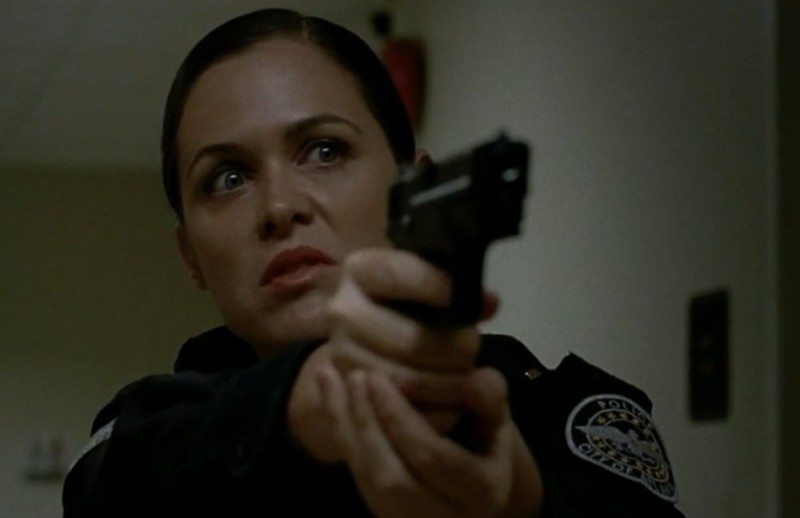 Her need for control stems from the fact that she believes that there are people, maybe the government, out in the world that will eradicate the walker problem and rescue them. She has these unsupported delusions that the world will be healed and things will get back to normal. Dawn uses this to justify her actions to maintain control, so that the hospital does not fall into chaos. She depends on control, even if her decisions lead to heinous results of violence. For example, she takes out the competition to maintain control when she manipulates Beth to help kill officer O’Donnell by knocking him down the elevator shaft.

READ: Up to date with THE WALKING DEAD TV show? Read our review of last weeks episode!

Whenever we see Dawn, she exhibits controlling behavior. She uses manipulation and disguises it by acting compassionate and caring. There are several ways in which someone can be controlling, and these are shown with the relationship between Dawn and Beth at the hospital. Essentially, Dawn wants to keep Beth in the hospital to contribute to the group through work and keeping the male police officers happy. To control Beth, Dawn begins isolating her from Beth’s goal of being with her friends and family by not letting her leave the hospital and belittles her belief that it is better out there with them, not wanting to hear Beth’s point of view that here is no one coming to save them all. Dawn also makes Beth feel unworthy and ridicules her attempt at suicide when she sees the scars on Beth’s wrists. The biggest form of control that Dawn utilizes is the “owing” system she has installed with the people in the hospital group. All things, such as medical attention and food, are to be paid back in some way or fashion. This system forces Beth to stay in Grady Memorial, instilling guilt, a debt, and conditional help through earning supplies. 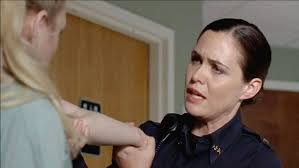 To her credit, Beth does try to handle the controlling villain that is Dawn Lerner. Beth attempts to keep her distance from her and does her work with Dr. Steven Edwards, the hospitals lone surviving doctor. When she does interact with Dawn, Beth puts the spotlight on her and tries to reclaim power by demanding to be allowed to leave and telling Dawn no one is coming to the rescue. Also, she knows her human rights and what she wants, which leads her to attempt to kill Dawn by manipulating her into a room with two zombies. 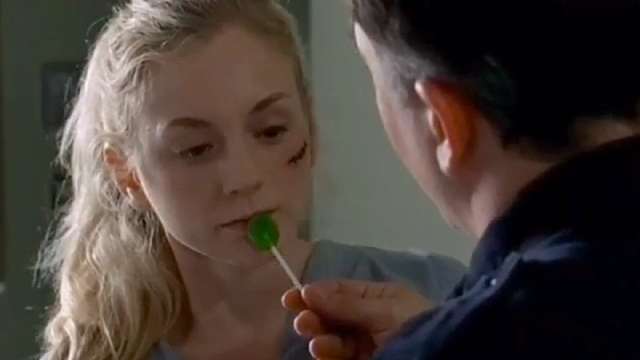 Even though Dawn appears in only three episodes in the fifth season of THE WALKING DEAD, she plays an integral part in the story. Not only does she kill Beth, she shows that women in THE WALKING DEAD can be leaders as well. She is a leader like Rick and can even be argued to be a female version of Rick due to their similarities (both were police officers and both operate within a moral grey area). The big difference between the characters is that Dawn needs to control every aspect of Grady Memorial Hospital and its inhabitants. She believes her actions to control the environment will ultimately lead to the salvation of the group, but instead it ultimately led to her death and an unknown future for the hospital.