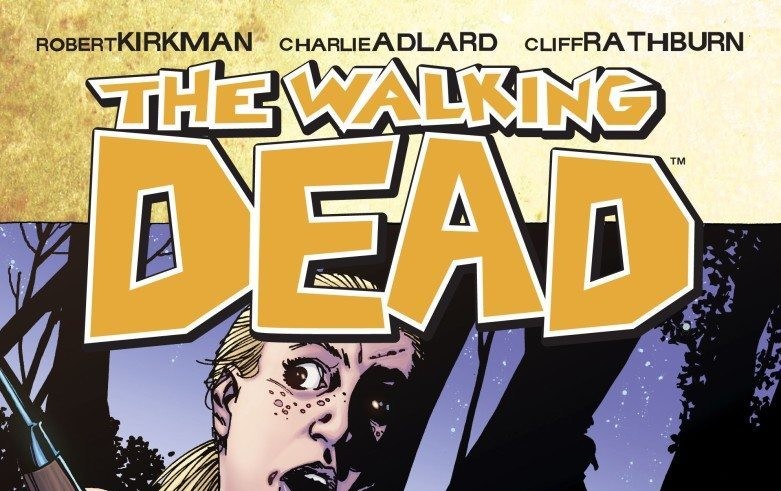 THE WALKING DEAD is currently one of the most popular comic books and television shows out in stores and on screens. We love to follow the protagonist, Rick Grimes, and his cohorts through the sudden zombie apocalypse. But a protagonist is only as good as its antagonists, the villains.

Robert Kirkman presents a multitude of threats to Rick’s group throughout the series. The villains push the heroes to the brink and test them to make the tough decisions. If not for the villains, every scene would entail the group walking around aimlessly or in search of supplies. Villains show us who the heroes truly are and what they are made of. What makes these THE WALKING DEAD villains so engaging? The answer: they reflect who we are as a society and what we can become.

THE WALKING DEAD VOLUME 11: FEAR THE HUNTERS, a compilation of issues 61 – 66, introduces the Hunters (known as the residents of Terminus in the TV series). The Hunters are a cannibalistic group of humans Rick’s group encounters after the fall of the prison. In the comic book, the Hunters literally hunt Rick and friends as they journey the roads in search for supplies and the possibility of a new home, laying in wait until they find another human alone in order to capture them. However, in the TV series, the Hunters actively hunt Rick and company after their plan of luring people to Terminus is foiled. 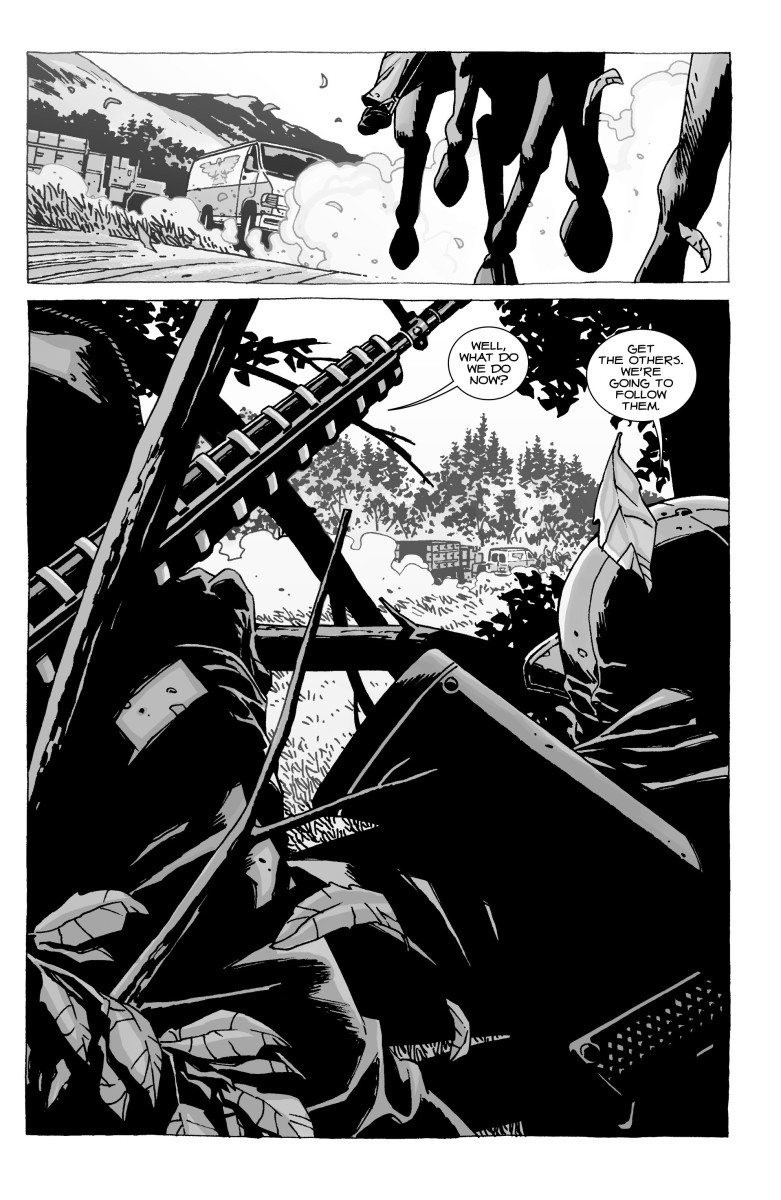 Initially, the Hunters must stalk their prey to gather information. They lurk behind the bushes and in the shadows. They watch as people count their supplies and bide their time as they wait for an opportunity to strike, abducting Dale in this manner. In the case of Terminus, they watch as the unsuspecting arrive, seeing Rick with a large bag of weapons and later abducting Bob. The ability to gather information seems natural to them. Why wouldn’t it be? It’s not all that different from today. With the advancement of technology, people can gather all the information they need on someone. A quick Google search can tell a life’s story.

The ability to gather information seems natural to them. Why wouldn’t it be? It’s not all that different from today. With the advancement of technology, people can gather all the information they need on someone. A quick Google search can tell a life’s story.

Cannibalism is the end for the Hunters. Turning to cannibalism is not a farfetched concept. Early history tells us of instances in which people were cannibals. Ritualistic cannibalism has been present throughout almost the entire history of mankind. People believed that they could gain a person’s strength by eating them, i.e. eating the heart of an opposing soldier to gain their bravery. One of the most famous of these rituals is the account of the Fore Tribe. The Fore devoured the remains of the deceased as a funeral rite. This is not unlike the residents of Terminus deciding to eat Alex, Gareth’s own brother. Though the decision was not a part of a ritual, it was a result of something more (ironically) human: hunger. The plain and simple desire to stay alive led the Hunters to become cannibals. As Gareth tells Rick, “You don’t know what it is to be hungry.” 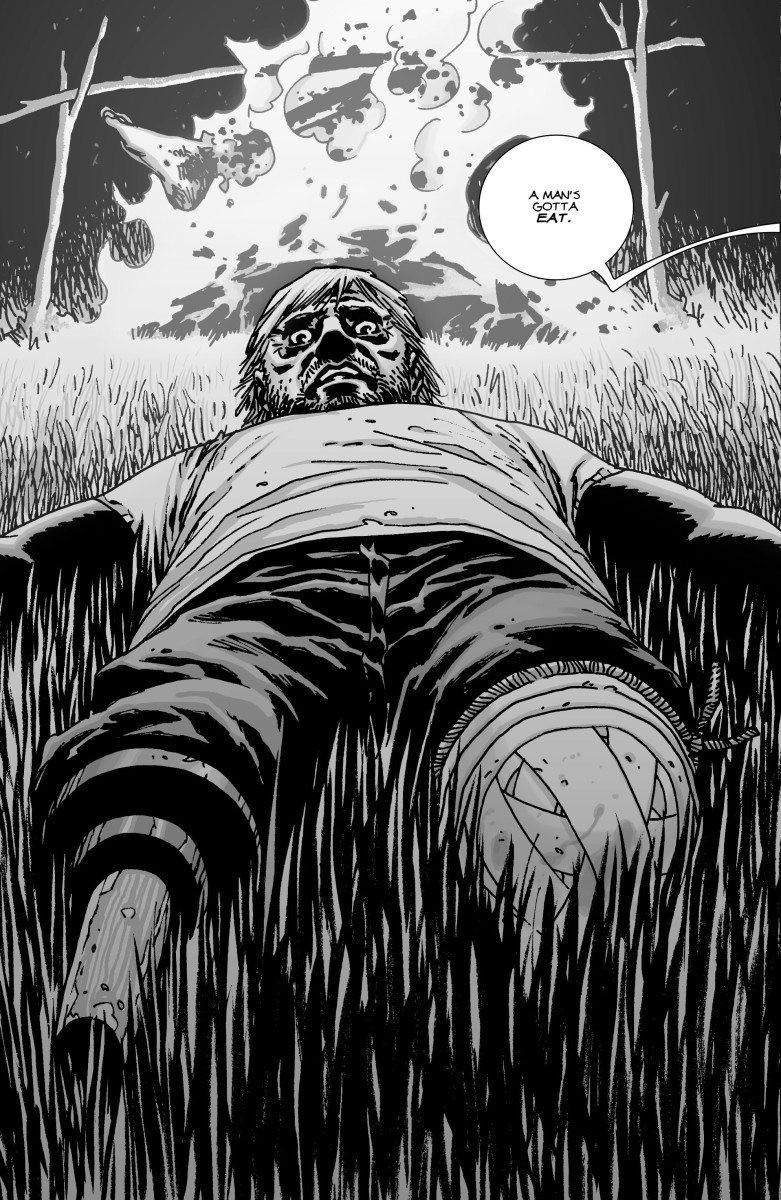 The Hunters are a personal favorite, not because of what they have done or for elevating the protagonists, but for the type of people they represent before the zombie apocalypse. They are the ill-prepared lot:

– They are the lazy population. As technology advances, the lazier people get lazier, as evidenced by the existence of hover boards. In a society geared towards a WALL-E future, fixing a vehicle is becomes a struggle.

– They are oblivious. They allow themselves to eat “tainted meant” without fully checking the bodies of their victims.

– They are neglectful. The Hunters do not plan for the future. The process of preying on and eating people is not a sustainable system for food. Without breeding humans as “cattle”, their source of food is scarce. This is not a SOYLENT GREEN situation where the problem is overpopulation. There is a high possibility of long periods of time without encountering a human being.

Nonetheless, the Hunters do what they need to survive, which makes them so interesting. I mean, not everyone can be Daryl Dixon.

READ: Did you watch every episodes of THE WALKING DEAD? Read our Mid-Season Finale review before the hit TV series returns!