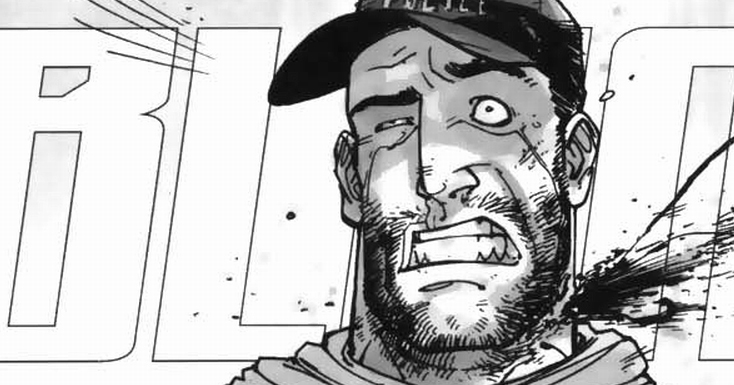 Last week, we took a good look into an early antagonist in THE WALKING DEAD, the Governor. We saw how he developed into a monster through his fall into insanity. Now, we discuss Rick Grimes’ very first foe: Shane Walsh. Like the Governor, some would say that Shane is another villainous product of the insane walker world. Is he really crazy though? Or, better yet, is he even a villain in the story? Perception leads us to believe he is. However, Shane merely encapsulates the early version of the Rick Grimes we come to see in Alexandria. So what is WALKING DEAD Shane Walsh in this walker world? Simply put, he’s the enlightened progressive.

THE WALKING DEAD Shane’s lifespan in the comic series is incredibly short. In the first six issues of the comic (Volume 1: “Days Gone Bye”), he has begun a relationship with Lori, acting as a surrogate father to Carl after Rick is believed to be dead, and all the while he takes charge of a small camp of survivors. When Rick returns, things go south for him. Shane pretty much loses everything he gained after the infection hit and, wanting it back, tries to kill Rick.

The TV series expands THE WALKING DEAD Shane’s story in the same way it does the Governor’s. Even though his storyline is based on only the six issues of the comic, Shane, played by Jon Bernthal, lasts for most of season one and two. He stays a part of the group, constantly coming into conflict with others, such as Hershel and Otis, and lingers as a powder keg waiting to blow and attempt to kill Rick.

In both the show and comic book, Shane dies in a confrontation with Rick. His moral stances on various decisions and his desire to kill Rick are the main reasons we think that Shane is a villain, but is this fair for Shane? The decisions he makes and attempts to carry out go toward getting what he wants and protecting the group.

As an example, after the camp attack from the walkers, Andrea’s sister Amy gets bit. Shane immediately wants to destroy the soon-to-be zombie. Though it may appear unsympathetic at first, he works toward the greater good of the group, especially since another walker would prove a threat, and Amy is dead regardless.

Also, when he and Otis go for medical supplies to help save Carl’s life, Shane sacrifices Otis so he could escape the biters with said supplies. As cold as that sacrifice seems, he’s more concerned with the life of Carl than the life of the man who accidentally shot him. This trend continues as he opens the barn filled with zombies since this is another potential threat to the group. At the end of THE WALKING DEAD Shane’s run in the series, when Shane stages the escape of Randall (the captive kept in the barn), he wants to protect the group from the dangers of Randall’s friends and of Rick, who he believed was leading the group to destruction.

READ: THE WALKING DEAD is back on TV! Read our review of “No Way Out”!

The WALKING DEAD Shane is Rick before Rick is Rick

We see much of THE WALKING DEAD Shane in the man Rick has grown to be. Rick is now quick to kill to protect the group. Just as Shane wanted Lori, leading him to want to kill Rick, Rick obviously wants Jessie, which then leads to Rick wanting to get rid of doctor Pete. As we see, Rick is able to kill Pete, but Shane couldn’t kill Rick. Furthermore, Rick is quick to run over and shoot the police officer that he holds captive, while earlier, he was reluctant to kill Randall. He’s gotten so trigger-happy that he had plans to take the town of Alexandria over if the town tried to kick his group out or he was unable to hold the town together. 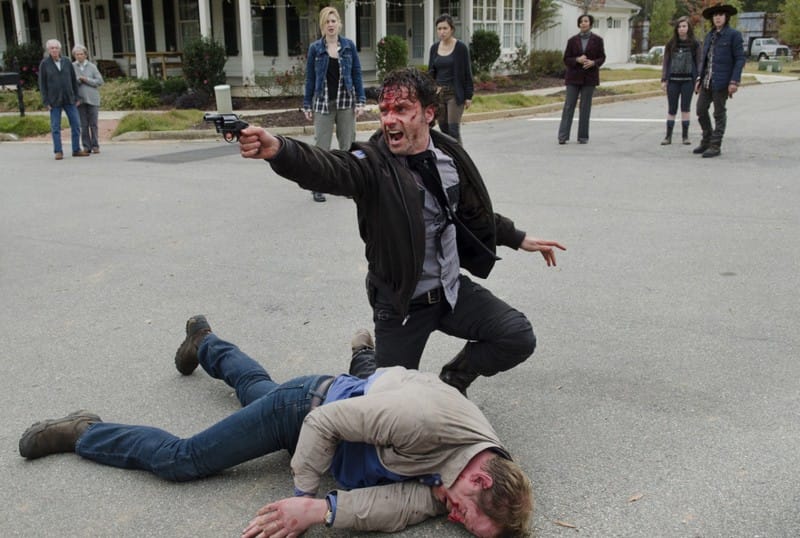 Maybe, instead of being a villain, THE WALKING DEAD Shane is Rick before Rick. Shane was early on the take, but Rick eventually gets to the same place. He is THE WALKING DEAD’s representation of the progressives in the real world, striving for modernity. In the most basic definition of progress, Shane epitomizes the social advancement necessary to improve the human condition. Shane’s necessary ruthlessness proves vital to surviving in the zombie world. This fact highlights itself down the road with Rick’s transformation. The situation rings true throughout history with progressive ideas eventually accepted by society. It lead to the phrase “being on the right side of history.” THE WALKING DEAD Shane seems like he falls on the right side of history to me.

Time to Reconsider Your Stance on WALKING DEAD Shane

We are led to believe THE WALKING DEAD Shane Walsh is a villain — the first villain aside from the walkers. I cannot stick with that perception of him. Shane considered a villain while Rick developed the same characteristics seems unfair. Characters like Carol, Sasha, and Abraham already went down this path. What makes them exempt from being called villains the same way as Shane? Aren’t they more ruthless at times? The characters need Officer Shane Walsh to survive in THE WALKING DEAD. Those who say otherwise will end up having to “look at the flowers.”