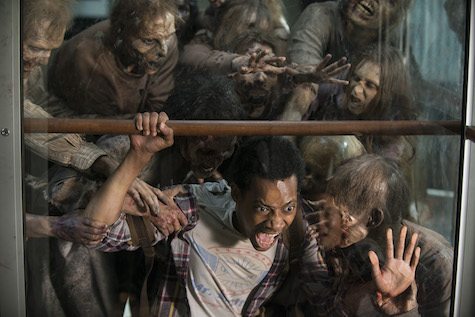 Spoilers All Over the Place! Read At Your Own Risk!

“This is the beginning…” – a strange sentiment, as oddly enough last night’s episode of the Walking Dead was a definitive exercise in reminding us all of the horrifying fate that awaits even some of our most innocent characters. Ironically, the episode is aptly titled “Spend”… as in, let’s spend some time and kill off some of our darlings.

It’s hard to ignore the body count – this has easily been one of the deadliest seasons to befall Team Grimes thus far. We’re just getting back from losing Beth, Tyreese, Bob – and now we’ve got to contend with losing Noah, Aiden, and Jessie’s owl statue, I guess, because why not. 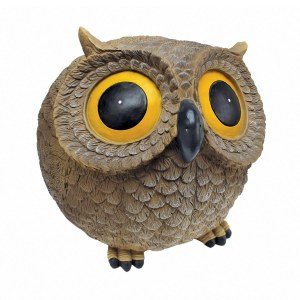 “It will be missed.”

But more on that later.

We’ve got some of our characters fitting into their newly appointed roles rather nicely – Daryl, for example, is settling into his role of “recruiter” quite well. But then again, maybe that was his new Mad Max level hog screaming at me. Talk about some straight up man-shivers. 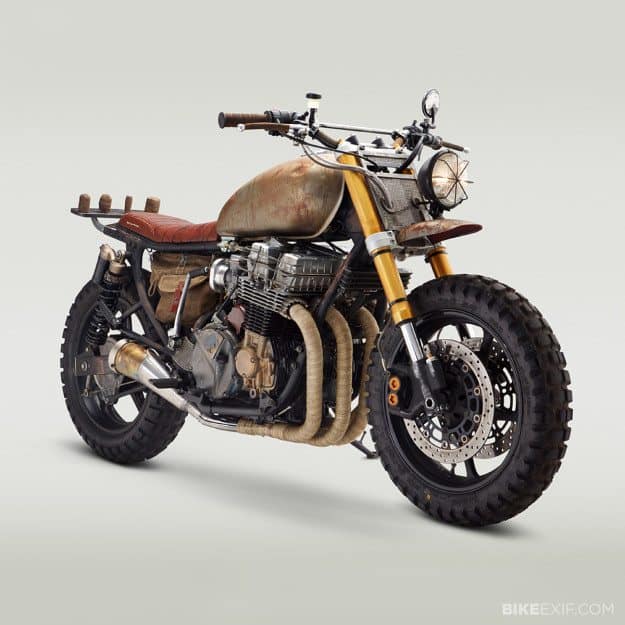 “Look at this thing! Props to the , um, well – props department…”

Then we’ve got characters like Abraham – whose been appointed to a team of contractors in charge of wall construction. Ironically we find with last night’s episode that, despite the cushy strictures of society that Alexandria is trying to implement by delegating jobs to our survivors, characters like Abraham are simply more fit to crush the skulls of walkers, and he LIKES it that way. He does some skull crushing rather valiantly to save a character by the name of Francine (who I believe to be the ‘Holly’ character lifted from the comics… and a potential point of conflict between Rosita and Abraham).

In any case, when Abraham saves the asses of his coworkers – his team leader approaches Deanna about resigning, in favor of Abraham taking the chair as the natural born leader that he is. Deanna doesn’t take this news well… which I admittedly found somewhat confusing. Hadn’t she brought Rick and his group to Alexandria to ‘shepherd the weak’ in the first place? Suddenly, it seems as if she’s not so sure that was a good idea… and I think we can all see where this is going…

Buckle your seat belt, Deanna… it’s only going to get worse from here.

To quickly recap the “death run” segment of last night’s episode – a crew comprised of Eugene, Glenn, Tara, Noah, Aiden and his Douchetard Friend Nicholas – venture out to retrieve an item capable of repairing Alexandria’s power grid (which has gone a STUNNINGLY long time without a hiccup of this kind, apparently). As to no one’s surprise, this turns into a total shirt show. Aiden gets spooked by a walker donning full body armor – a threat Team Grimes knows exactly how to handle. However, Aiden is an idiot – and when he’s not blasting EDM into the apocalypse – he’s fucking things up in a big way. He clips a hand-grenade strapped to the biter and KABOOM! Lights out…

This explosion essentially kills Aiden, injures Tara, and pairs Glenn and Noah up with the biggest coward left on Earth – Nicholas – and that’s saying something, because Eugene is still alive. Come on Eugene! Live up to that damn mullet already! SHEESH.

“Don’t let go…” is something that Glenn says to Noah moments before he’s pulled into a pack of walkers and viciously filleted in front of him (thanks to Nicholas, this week’s winner of the Douche Award). Though this could be written off as a flagrant line of dialogue – I feel it means so much more than that. Glenn has always been one of the show’s biggest proponents of hope… of not letting go of that glimmer that survival is worth fighting for, of hanging on to what Alexandria is capable of becoming, and to never lose yourself to the wild. It’s because of all this that watching Glenn endure Noah’s death in EXCRUCIATING detail was a tough pill to swallow. To add insult to injury, this was actually the first member of Team Grimes to die directly under Glenn’s watch. No doubt – Noah’s death hit Glenn hard.

Sadly – the ideology of “hanging onto what Alexandria can become” is slipping from so many of our characters. It simply seems most of the denizens in Alexandria who, despite this literally being the apocalypse, can’t fully grasp the concept of working together to benefit the bigger picture. We’ve got a team of contractors who all to quickly bail on Francine at the first sign of trouble, we’ve got Nicholas bailing on Glenn and Noah… When the option between fight or flight arises, all too many of these people surrounding Team Grimes choose “flight” without a moment’s thought.

Which brings me to Gabriel – the insolent little shit. Gabriel is still racked with guilt over the deaths of his former parishioners, caused by his cowardice – but that sure as hell didn’t stop him from going to Deanna and telling her that she can’t trust our main group of survivors – who are slowly taking command over the Alexandrians. He tells her that, flat out, Rick and his crew are bad people, “the false apostles” that they are cannot be trusted. In doing so – he’s likely planted a crater sized seed of doubt in Deanna’s mind about Rick and his brood – just in time for Glenn to return and tell her that her son, Aiden, is now dead. Great timing, ya big jerk.

This sequence made me SO angry… what a shitty character dynamic, eh? This is a priest who has very recently been grappling with his beliefs, and has committed terrible deeds to cover his own ass. But when he chooses to be at his most sanctimonious – he uses it AGAINST the people who have kept him safe this entire time. I can only assume he’s reflecting his own guilt onto those closest to him. It’s the apex of cowardice. Thankfully, Maggie was nearby to hear this whole exchange. Go get him, Magz. 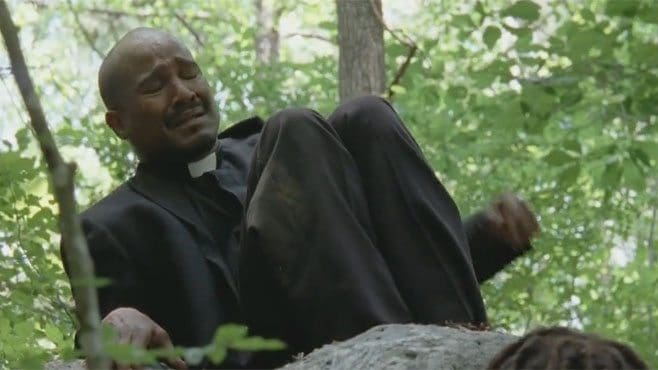 “Anyone have any cheese for this rat?”

Before closing out, I’d be remiss if I didn’t touch on Rick’s love triangle with Jessie. To recap – at the top of Spend, Rick approaches Jessie – and it’s the usual flirtiness. Later, Rick is approached by Jessie’s husband – who attempts to share both an beer and an awkward bromance with Rick… it’s obvious Pete is sizing Rick up, and that Pete is a scum-bag. Soon after, we learn that Sam (Jessie and Pete’s son) is being abused by Pete, through his interactions with Carol (with whom, surely, the effects of abuse truly resonate – having been in an abusive marriage herself). Carol immediately flips the switch to “Rock and Roll” and recommends Rick kill Pete – as “It’s the only way this can go down”. Shocker.

I’m not exactly sure how I feel about how this Rick VS Pete thing is playing out on screen… it happens in the comic, more or less, and I remember being onboard for the whole situation. But oddly enough – now I can’t help but think “Okay Rick, you show up to this new community, you want to maintain order… SURELY you don’t think going after the first married woman you find since Laurie is a good idea, whether or not her husband is an abusive monster… right?”. 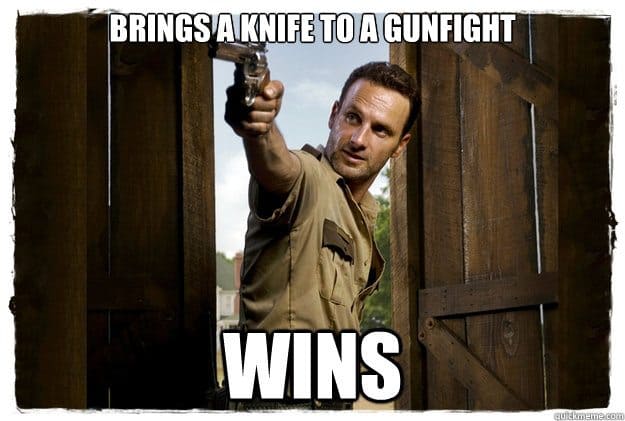 Look – I totally understand their position – if I were Rick or Carol, I’d want to end this asshole too. I guess my biggest problem is how it’s more like Rick is simply biding his time in deciding how he’s going to take what he wants – rather than thinking about the radiating consequences taking what he wants may have for everyone else on Team Grimes (their standing in Alexandria is delicate, if nothing else).

All in all, Spend is an episode that dives into several different through-lines – and provides a few necessary moves to push some of the show’s overall narrative chess pieces into order. It’s obvious that this season is culminating into some type of showdown between Team Grimes and the Alexandrians. Deanna is slowly becoming aware of the massive effect Rick’s group is having on Alexandria, and it seems she doesn’t quite like that very much. This makes for a much more complex battle than the usual “righteous VS completely insane” we’ve come to know, which I love. As well – with how unbalanced Deanna’s townies seem to be, I would say the odds are pointed in our heroes favor.

But we all know this is The Walking Dead, and there are always a few deadly surprises in store. We’ve got two episodes left – so let’s get our splatter tarps on, because I have a feeling it’s going to get pretty damn messy.

COMMENT BELOW! Should Rick kill Pete? How would you handle this situation?