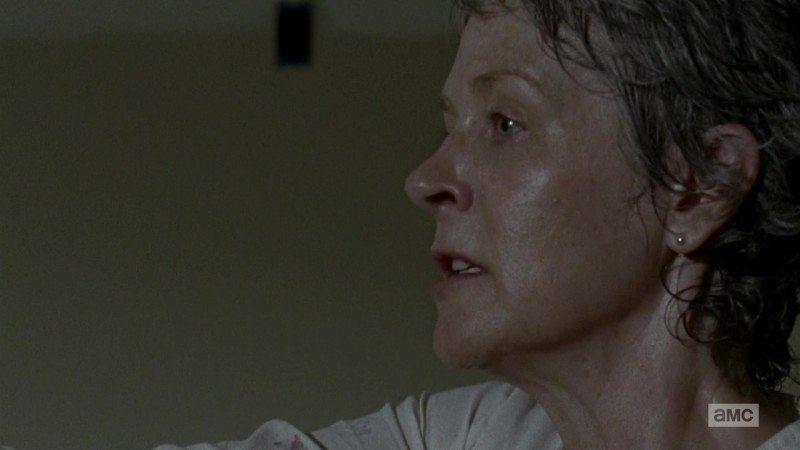 WARNING: Spoilers Every Which Way (both Comic & Show)

They’re all yours, now…

Well, there we have it, viewing audience! The mid-season finale of The Walking Dead : Season Six descended on us like ants on one of Sam’s gross looking cookies, or – if we’re aiming for a less figurative approach – like the bajillions of Walkers descending on Alexandria literally as I type this…

I have to admit, from a reviewer’s standpoint – this episode, the 8th of the season entitled “Start to Finish” – is a breeze to handle, compared to the far more through-line heavy episode’s we’ve seen so far this season.

A super-quick recap: This entire season has revolved around warring ideologies. It’s been Team Grimes VS The Alexandrians, Carol VS Morgan, Alexandria VS The Wolves, Abraham on the edge VS Abraham on the ground, Alive Glenn VS Dead Glenn, etc… With the framing device this season predominantly being the Pied Piper plan to deter a quarry full of zombies – we’ve experienced a rather compacted approach to fleshing out the overall narrative at large. Though only about a day or two has actually transpired in the universe of The Walking Dead since the start of this season – the narrative has felt SO much longer due to the amount of “side-plotting” we’ve been experiencing. A little splash of Abraham hitting on Sasha, a little Daryl Dixon nearly running into the Saviors – just… sideplots! Sideplot all the things!

But, much to my glee, as for this particular installment that capped the mid-way point of the season – there really isn’t all that much to say! The plot was all action, and focusing on dealing with the matter at hand…

As we pick up from last week – a tower is down in Alexandria, and more Walkers than the denizens can shake a stick out are now stomping across their front lawns.

From the top of the episode on, the entire installment deals with just that. Hiding out, and trying – somehow – to formulate a plan amidst the chaos. This works out better for some than others…

Deanna dies in this episode, and I gotta say – this was one of the better character deaths I’ve seen. Bold statement; possibly one of the best in the whole series! Maybe I’m just being a softy – but I really liked her character. She was a level-headed leader – and her speech to Rick about being “one of us” was beautifully acted, and well written… and she even goes down in a screaming-zero-fucks-given hail of gunfire type moment. Just, an awesome end to a really cool character. R.I.P. , Deanna…

But hey! Fear not! Despite the impending doom – there was still plenty of time to air out some of the remaining dirty laundry, in the mid-season finale.

For example, Carol and Morgan finally have it out – and it is EPIC. As Carol attempts to put an end to the Wolf that Morgan is holding in secret, some absolutely badass fisticuffs break out between the two. The confrontation, however ends in somewhat of a predictable stalemate. And I ain’t talking about the BANE LEVEL BACKBREAKER that Morgan deals Carol. Nope – what I mean is; the Wolf gets the upper hand – knocking out Morgan and escaping with Dr. Denise as a hostage. Turns out – holding the Wolf was (shocker) a terrible frigging idea.

Carl and Ron also have it out, and we finally see the comeuppance of Ron pulling out that gat! Ultimately – it ends in a tie. A conflict interrupted, left to be dealt with when the show returns in a few weeks. Ron calls Carl’s dad “a killer”… and Carl whips out a zinger and let’s Ron know : Newsflash – “Your dad was an asshole”.

I was fairly certain that Ron was going to officially give Carl his cool new “pirate” look. This didn’t happen. However, what I LOVED about the square off between Carl and Ron was that the writer’s cleverly used their scuffle as a segue device to bringing one of the most iconic moments from the comic to the screen – the (possible) death of Jessie and her family.

I say possible because – this being the show and not the comic – there is no guarantee that they will die. However, in the comic… I mean… OH, I’LL JUST SAY IT – JESSIE AND HER KID DIE HARD. THEY DIE SO HARD. GOSH…

For those that aren’t familiar with the comic – Rick, Carl, Jessie and Son decide to throw a hail mary and coat themselves in Walker guts in order to sneak out of the oncoming herd, just like we witnessed in “Start to Finish”.

While trying to escape, however, Jessie’s son freaks out and draws the walkers over. BOOM. He gets eaten. As Jessie clenches Carl’s shirt and the undead descend, her being the next target – Rick chops her hand off with his hatchet, and they escape. It’s a heartbreaking moment… as at that point in the comic, you’re really pulling for Rick and his desire to establish normalcy, and a family, in the wake of Laurie/Judith’s death (comic). I think the ONLY silver lining in the situation are the somewhat humorous “NOPE THE FUCK OUT” faces Rick and Carl end up making as they take their leave…

Here’s where the show excels at stake raising, in my mind… in the comic – RICK DIDN’T HAVE A GOSH DARN BABY WITH HIM. In the show’s version of this iconic event – Rick now has to save Judith in the process. I’ll tell ya, when the Judith card is played right – it’s a scary and marvelous thing.

All told, “Start to Finish” was an intense, well paced hour of television. Absolutely committed the entire way through, and some MAJOR cliff hangers have been set up. I mean, we don’t even actually see Rick & Co’s escape plan play out. This little nugget is being saved for February 14th – when the show returns. With the current pacing of the show – I’m certain when the break is over that we’ll have enough narrative runway to get us to a solid season finale that, I’m hoping, entails a little taste of the big man himself – Negan. We’ve been teased quite a bit – I think it’s time we see him in the flesh!

Of course… this would come with a very heavy price. 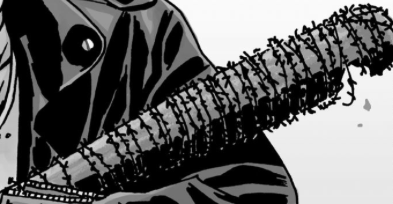 See you in a few months guys! Thanks for reading, and please have a great Holiday Season!