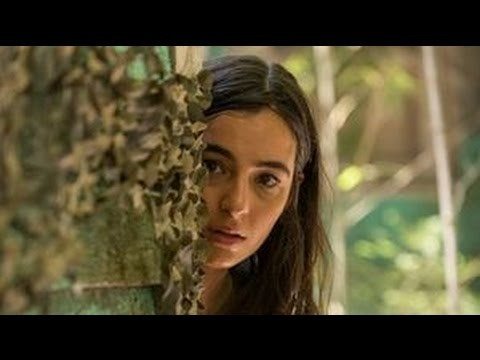 Last week’s episode of THE WALKING DEAD ended without a sneak peek, so hopes were not high for this Sunday’s newest episode. Rumors began spreading that this newest episode was so boring that THE WALKING DEAD avoided their weekly sneak-peek with fears that it would single-handedly drop ratings for the next episode. Unfortunately, they made the right call. “Swear” was boring, poorly written, and featured some of the worst acting we’ve seen on this show.

“Swear” followed Tara and Heath, as Tara stumbles upon an all-female camp before returning to Alexandria. This episode only followed two side characters that have gotten no screen-time this season. “Out of sight, out of mind” is clearly a foreign concept to THE WALKING DEAD, since they expected us to not only care about these characters, but remember  exactly what they’ve been up to since we saw them last nearly a year ago. Sorry writers, but we either forgot or never cared about Tara. Not simply because it was so long since we last saw her, but because you presented a character that is completely forgettable. Tara and Heath have had little character development, and  have given us no reason to remember these characters beyond their names.

Unfortunately, THE WALKING DEAD was also hoping that we had forgotten Tara’s personality, since the show decided to adopt a brand new one for her. Tara was quirky, awkward, and boyish with the people around her, calling people “bro” and fist-bumping strangers. Her personality shift came out of left field, and was confusing to watch. Why is she suddenly cracking jokes with guns pointed at her head? This was clearly an attempt to add some humor to the show, but it failed to land. The transparency of this move made these scenes uncomfortable, confusing, and in direct conflict with the tone of the show.

Despite being one of the show’s biggest flaws, this episode’s pacing was an improvement from the other episodes this season. The episode moved locations several times, alternating between a beach, a forest, and a community. These environments were anchored with flashbacks taking place on a bridge, which acted as a visual metaphor that merged the environments together. “Swear” kept the pacing fresh with new locations, which THE WALKING DEAD has failed to do this season with its other episodes. Unfortunately, the story it decided to tell was slow, boring, and painfully drawn-out.

READ: Wonder if this episode was more boring than the last one? Read our review here!

The screenwriting in THE WALKING DEAD has always needed improvement, but this episode reached a new low. This episode was full of unexplained character choices and plot holes. Why did Cindy spare Tara’s life on the beach? Why didn’t the new group kill Tara if they shoot all strangers on sight? Why did Tara hate the little girl who tried to kill her? Why would the leader of the new group go through all the work of leading Tara out into the woods before trying to kill her, if Tara was a prisoner? We can make guesses, but the episode failed to deliver a story that was coherent enough to make sense. 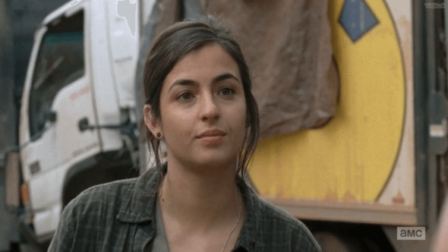 Fans of the show are quick to defend the episode, asking critics to remember that bottle episodes are always slow and have little action. That would be a great argument, if this were actually a bottle episode. Bottle episodes take place in a single location, and typically include the main cast. They are usually done for budget reasons, and tell the episode’s story through character interaction. This episode had a large cast of side characters, and frequently changed locations. No matter how you cut it, this episode was not a bottle episode.

The drop in quality this season has had a toll on the show, with viewership dropping to 11 million viewers last week. This is the lowest the show has seen since season 3, and we might see some necessary changes taking place with production. This episode informed us of a few things about THE WALKING DEAD that are worth noting. First, the show believes that their secondary characters can carry an episode and they are clearly mistaken. Second, THE WALKING DEAD believes they can spend little to no effort on the production of an episode and get away with it. Third, THE WALKING DEAD is pulling off a feat no television show has done before: to go through an entire season worth of episodes without doing anything interesting. Will they be able to pull it off?