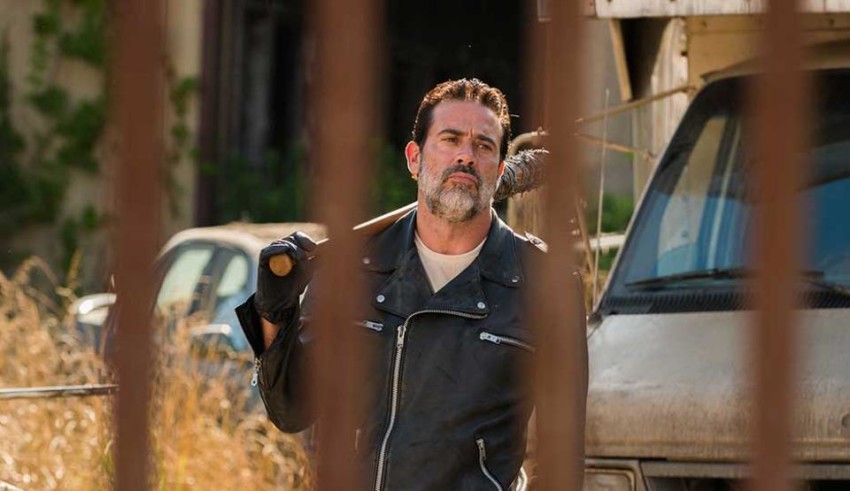 As viewers tuned in to episode 4 of THE WALKING DEAD Sunday, their eyes were already glazed over from the boring, drawn-out events of the last episode. This newest episode, “Service”, continued THE WALKING DEAD season 7’s trend of thinly stretched plot, and likely closed those glazed-over eyes for good and put the audience to sleep. THE WALKING DEAD has tricked its audience into watching television where nothing happens, this time for 90 minutes instead of 60. 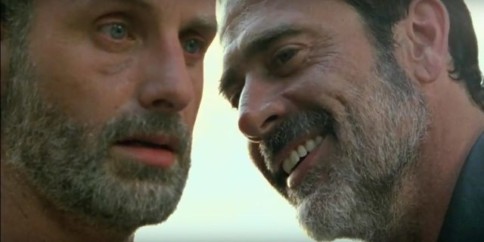 The majority of this episode’s plot could be summed up in a single sentence- Negan intimidates Rick. Unfortunately, this sentence also sum up this season’s premiere, so this episode brings nothing new in terms of storytelling or thematic elements. Instead of watching characters deal with this fact, we’re simply reminded in every scene, over and over again, until the episode ends. Nothing builds on this, and instead we feel ourselves wondering when the show will actually present us with the story.

READ: The Walking Dead: A Lesson in Character Blocking

Nothing about this episode was exciting. The only life that was threatened was Olivia’s, after losing two guns that Negan planned on taking. To even begin to describe to you how much of a pointless character Olivia is, I’ll just say that I had to look the episode up on IMDB to remember her name, 10 minutes after watching the episode. She’s a character the audience hardly recognizes, and was an unsuccessful attempt by THE WALKING DEAD to add drama to an already undramatic episode. Her death would have meant nothing to the rest of the characters, and especially not to the audience.

The episode also included a seemingly random b-story with Rosita and Spencer that involved them retrieving Daryl’s motorcycle for Dwight to take, which many fans have scratched their heads at. As a screenwriter, it was clear to me why this story took place. Without these scenes, the entire episode takes place in Alexandria. The majority of the shots were just of Rick and Negan walking through town. When you watch the same location on screen for too long, the scenes become stale. As a screenwriter, you want to make sure that your audience isn’t in the same place for too long, so you occasionally switch up the locations to give the audience something new to look at. Thus, b-stories with new environments are woven in-between these scenes to make the episode feel like it has a sense of movement and progression. It seems clear that THE WALKING DEAD was aware of this, but couldn’t think of a better reason to get characters out of Alexandria during this episode. 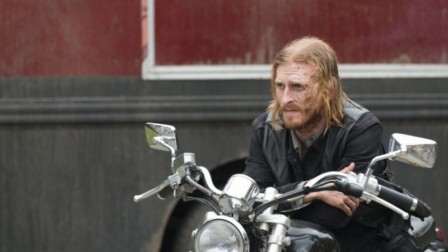 “Service” also successfully spoiled any character development that was attempted in the previous episode for Dwight. Episode 3, “The Cell”, took place at Negan’s camp, showing us how Daryl is handling himself as Negan’s prisoner. Beyond that, the episode was used to develop Dwight, Negan’s right hand man, and let the audience know that Dwight has a heart, and is possibly beginning to doubt Negan’s leadership. Any comic book reader knows that Dwight becomes a major player in Rick’s army against Negan, and it’s clear that “The Cell” was setting this up. However, “Service” successfully re-antagonized Dwight with a pointless backstory involving him and Rosita. Dwight degrades, insults, and abuses Rosita the entire episode, and brings his character right back to his two-dimensional, villainous position. So what was the point in developing his character if the next episode was going to revert him back to his original state?

READ: The Walking Dead: Retelling the Story of Hades and Persephone

The first four episodes of this season have had Negan front and center, and it’s getting stale. After the events of the season premiere, the audience believed that Negan was a psychotic maniac. But after four episodes of hearing him jabber, he sounds more like a playground bully. Negan has been dominating screen time when compared to his other cast members, which isn’t necessarily a bad thing since he’s a fresh character. But rather than developing his character, we’re seeing the same Negan in each episode. His cocky mannerisms and playful smile were intimidating at first, but they’re beginning to feel overplayed. Instead of being afraid, we just find him annoying.

It seems clear that THE WALKING DEAD wants us to know one thing: Negan is a threat. But like Glenn and Abraham in the season premiere, the audience continues to get hit in the head over and over again with this fact. If it weren’t painfully clear, THE WALKING DEAD has decided to devote four episodes to remind us of this fact, almost as if they don’t know what to do next. Four episodes isn’t just over-doing it, it’s borderline torture. Now I sit in anticipation for next week’s episode, where I will get my only question answered, “will it be five?”