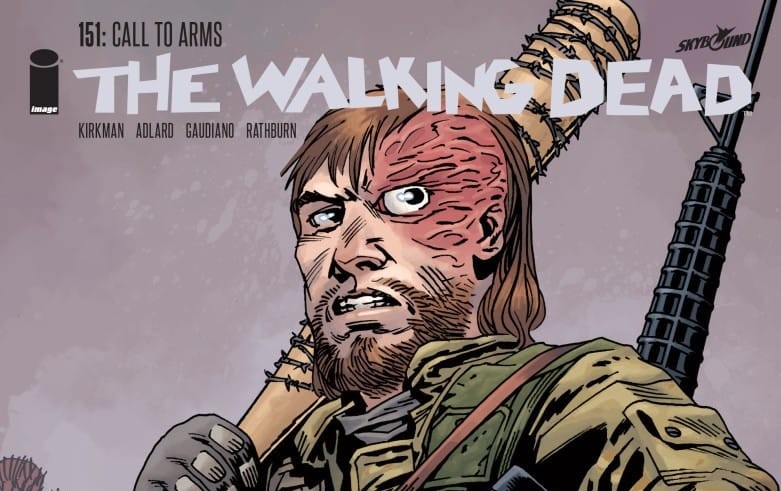 THE WALKING DEAD has a great ebb and flow when it comes to periods of action and times of peace. This issue focuses on a relatively calm time in Alexandria, but, as we’ve seen before, that doesn’t mean everyone is safe. Every moment like this in the series is a calm before the storm, and that’s why even these more serene moments still feel exciting.

With the threat of The Whisperers still looming, Rick begins military training in the community. Alexandrians move in tight formations to take out hordes of zombies. We see the characters moving, shooting, and communicating as one unit, which shows some real progress in their training. The action in this scene is predictable—someone stumbles and is threatened by a zombie to be saved at the last minute. The art also feels redundant with panel after panel of shots being fired and zombies biting the dust. But that doesn’t make it bad. This scene is all about showing the group’s organization and preparation against threats, and they did an impressive job against so many zombies. The repetitive art style reflects the regimented training necessary for a functioning military. 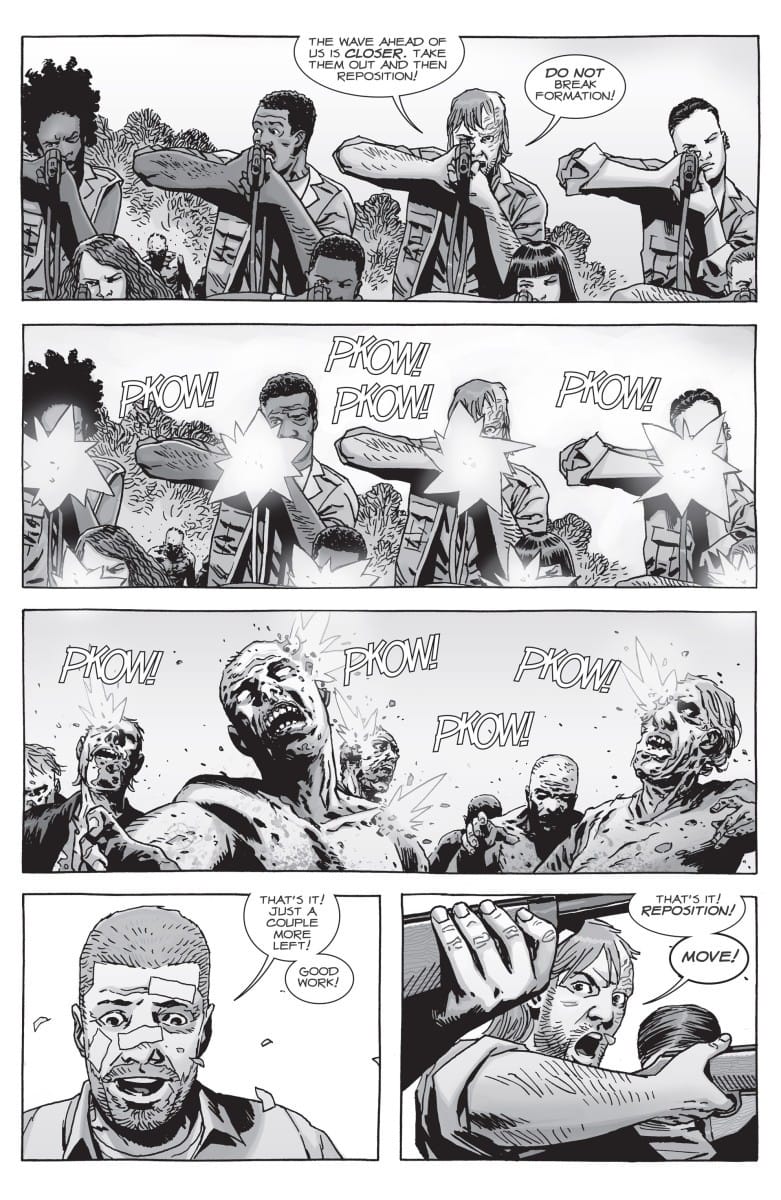 What’s most exciting to me about this issue is that we’re seeing more concrete elements of society reemerging. At its best moments, THE WALKING DEAD tangles more with the issue of rebuilding society and less with killing zombies. This issue was a great example of that spirit.

READ: Want to know what’s worse than zombies? Read our analysis on THE WALKING DEAD Villains!

There’s also a lot to be said for the characterization in this issue. Rick realizes that he may no longer be physically fit to lead in light of his missing hand and need of a cane. With his police training knowledge all but exhausted, he calls on Dwight, who has more military training, to take on some leadership responsibility. Dwight objects to this because he never wanted that position, but Rick claims he has little choice. Rick is not well. We see just how vulnerable he is in a great panel where he hangs his prosthetic on a coathanger. 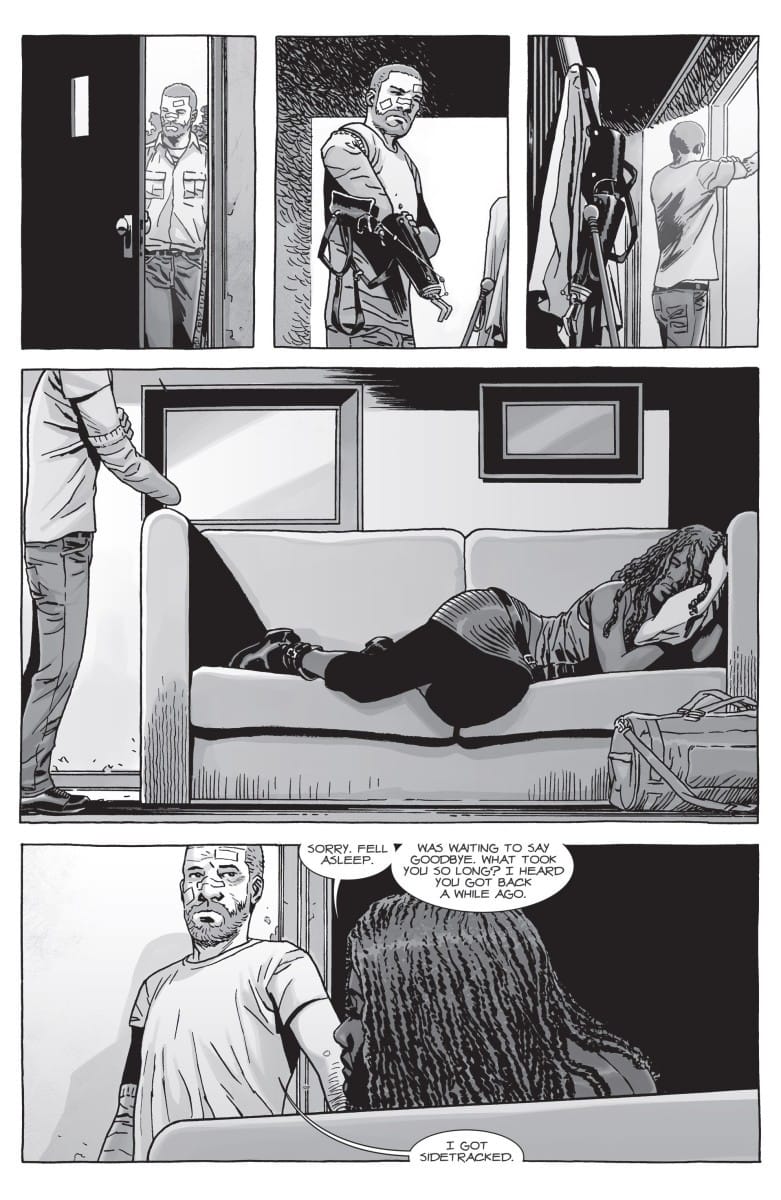 He then helps Michonne find where she can do the most good, telling her she is needed more at the Kingdom. While Rick may be handicapped now, his eye for qualities in people and how they can best be used for the good of the group is still excellent.

The art here is very typical of THE WALKING DEAD. I still love the black and white, and other than the repetitiveness previously mentioned, I have no real complaints. It’s very solid and holds up as well as it has for the last 150 issues. In addition to the panel with Rick’s prosthetic, another panel that caught my eye was the formation of Alexandrians against the zombie horde. It’s well-composed and shows the group’s determination.

READ: Need to get caught up on THE WALKING DEAD? Read our review of last issue!

The issue proceeds pretty calmly after the training scene. We follow Rick around Alexandria, talking to members of community. There is a palpable sense of unity in this issue. Everyone in the community is coming together against a common enemy. Of course, it’s important to remember that this is what Negan told Rick to do, so it’s clearly not all black and white.

This issue also ends on one of the biggest cliffhangers I’ve ever seen, and is a huge game changer for the series. It’s important to consider this issue in the greater scheme of THE WALKING DEAD: Such a tame issue always signals that, soon, we’re going to see some of this comic’s trademarked action scenes. All in all, this issue does its job well while setting the stage for future action. Go forth and read!