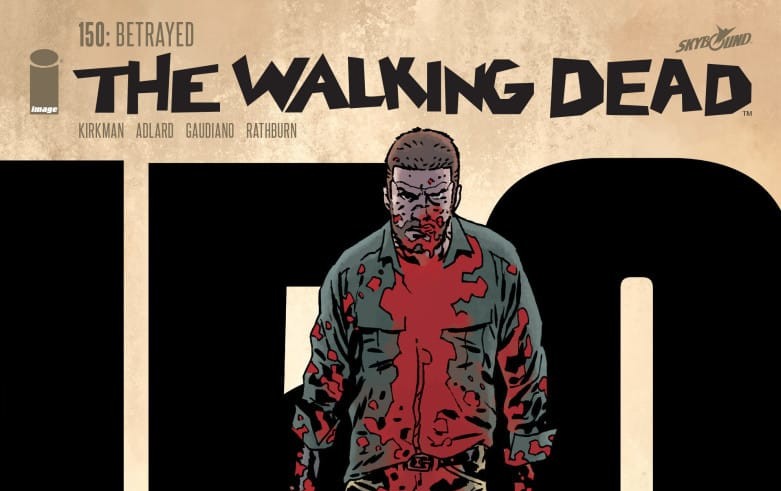 The 150th issue of THE WALKING DEAD reminds us why it’s been running so long-it’s not about people braining zombies, it’s about the reconstruction of civil society and leading people towards this goal. This issue echoes major moments in the series leading up to this point, as well as showing us a Rick Grimes that we would never have thought the Rick Grimes in issue one could become.

Rick has just finished his conversation with Eugene about setting up a military for Alexandria when he is attacked by Morton and Vincent. He manages to kill Morton by biting his jugular as Vincent flees in horror. This scene is exactly what happened when people on the road tried to rape Carl, and it now serves to remind us that Rick will still do whatever it takes to survive, despite being in a safer community. 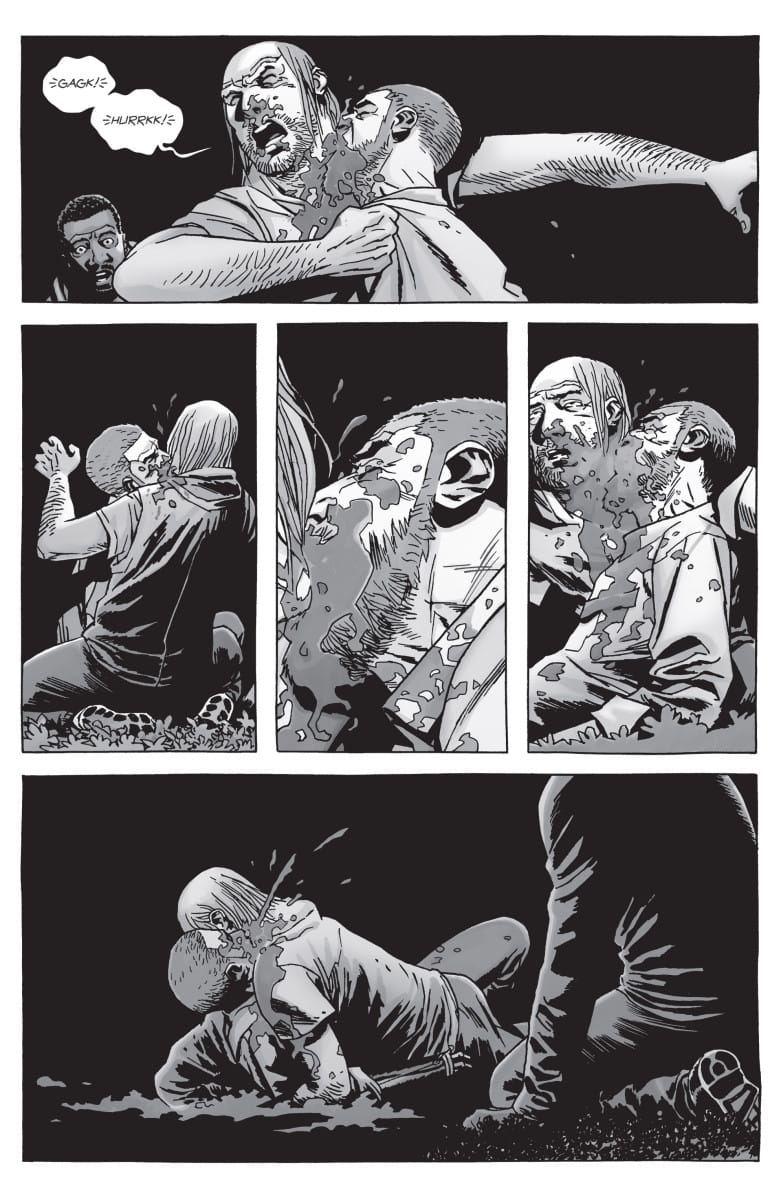 He then gives a speech to the community explaining the situation. People are outraged that Rick has not yet retaliated against The Whisperers, and a brawl breaks out.  Rick calls everyone to order by threatening to put them in the ground if someone throws another punch. He forgives Vincent for attacking him, and explains with the threat from The Whisperers, they cannot afford to be attacking each other, and instead should focus their efforts on building a military to annihilate this threat. In his jail cell, Negan hears the crowd chanting Rick’s name and says “Atta boy.” Negan loves that Rick is playing on the emotions of his people to accomplish his goals as a leader, which makes sense here because forming a military will put people’s outrage to good use while giving Rick enough time to formulate a plan of attack on the Whisperers.

The art in this issue is outstanding because it harkens back to previous issues as a way of celebrating the 150 milestone. We’ve seen fatally Rick bite someone’s neck before, but here, it’s less ferocious and more of a last-ditch effort by an aging man. Vincent kneeling before Rick is eerily similar to Glenn’s last moments kneeling before Negan in issue 100. Instead of Negan holding a baseball bat covered in barbed wire, we see Rick standing over him gripping his cane. This reminds us that while Rick is the one in charge, the collapse of society has taken a great physical toll on him.

READ: Rick makes a deal with the devil to keep his people safe! We look at THE WALKING DEAD #148!

Rick’s leadership has changed after meeting with Negan. The Whisperers give him a common enemy to unite his people against, which we see when everyone begins chanting his name in the final pages. 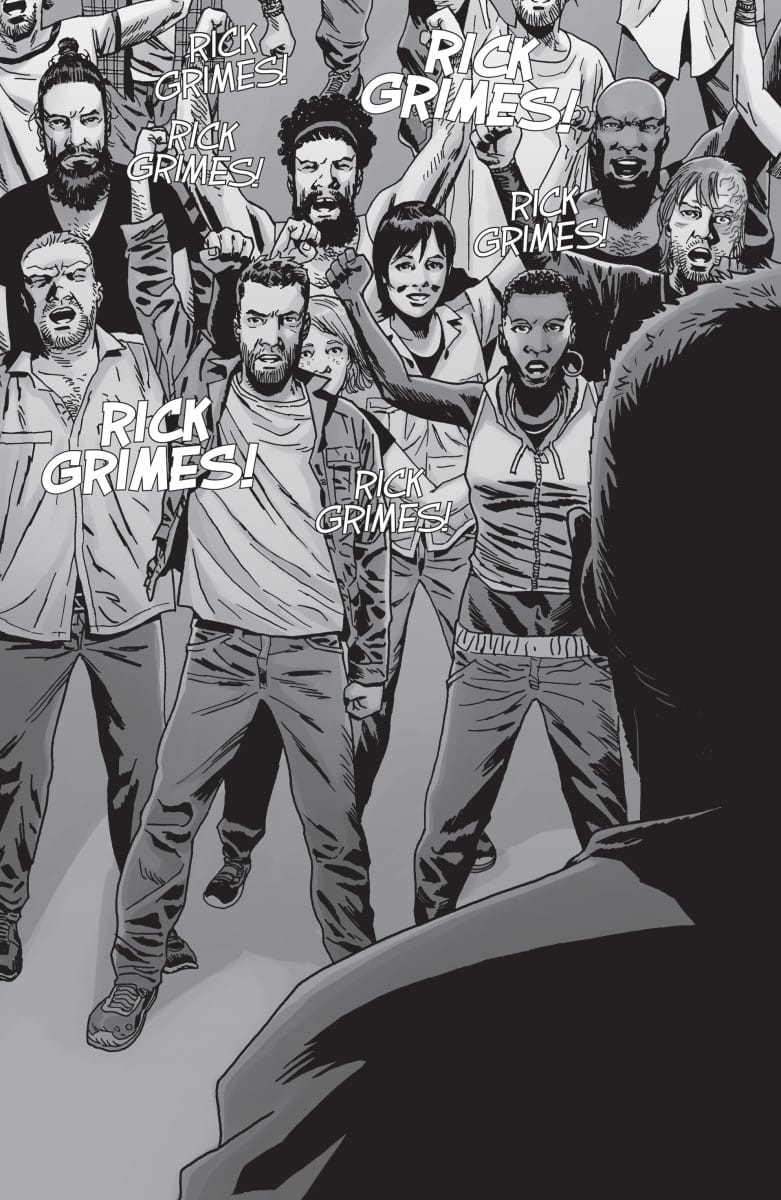 We’ve spent the past 149 issues seeing the effects of Rick’s leadership. In the 150th issue, we can’t help but question it. Does taking Negan’s advice make him a bad leader? Can he really defeat the Whisperers? Given the amount of beatings we’ve seen him take, is he even physically fit enough to lead? Only the next 150 issues will tell.