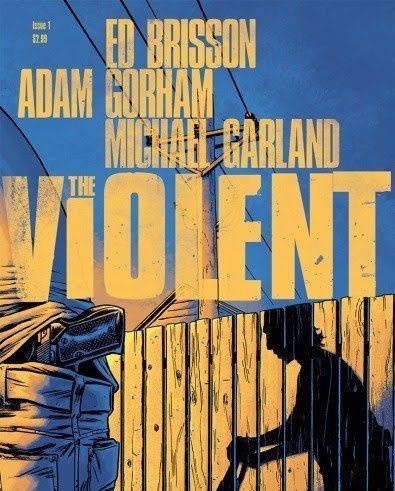 Image Comics is constantly cranking out brand new and interesting books. This week we have a preview of a gritty and dark new comic called THE VIOLENT. But is it worth a look? Let’s find out!

THE VIOLENT #1 by Ed Brisson and Adam Gorham

THE VIOLENT is a new book, published by Image, which is set to be released in December.

In THE VIOLENT #1, readers meet Mason, an ex-con and former drug addict who’s trying hard to give up his old life. He’s got more important things to live for now: a wife struggling to contain her own addiction and a young daughter who needs them both. When threatened with losing his daughter, Mason falls into old habits, stumbling through a string of desperate criminal acts whose repercussions quickly become deadly serious.

“The Violent is about desperate people doing desperate things to get out of desperate situations,” says Ed Brisson.

He admitted to being a lifelong fan of crime fiction, getting his break in the comics industry with the crime series MURDER BOOK (Dark Horse). Brisson also describes THE VIOLENT as character driven, gritty, and heart wrenching. 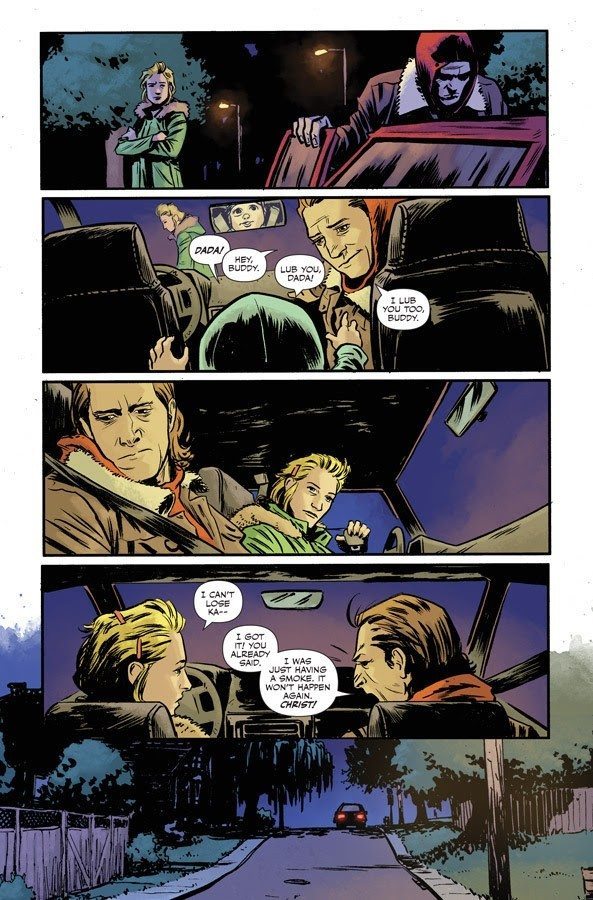 My personal first impression is that THE VIOLENT looks interesting, thoughtful, and well-illustrated. We are only provided with a few pages as a preview, but from those pages the story appeared engaging and the art was lovely – both the line art and the colors.

CLICK: Behind on ARROW? Catch up with our review of ARROW S4E6 “Lost Souls”!.

I was invested in the story and was extrmeley sad when I realized that there was no more to read. That being said, it does seem to be a niche story. You’ll have to like crime fiction and a darker story to be interested in this book, but if you like those two things you should definitely have no problem getting into it. 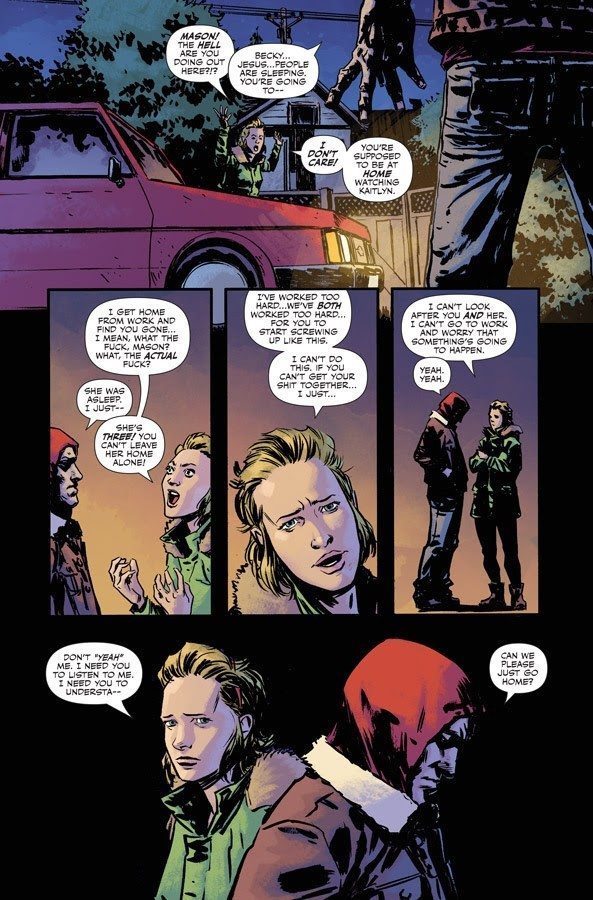 So based on the preview copy, I’d say that THE VIOLENT definitely packs a punch – 4 stars on story – and is drawn and colored beautifully – 4.5 stars on illustration. I’m definitely interested in picking this up! 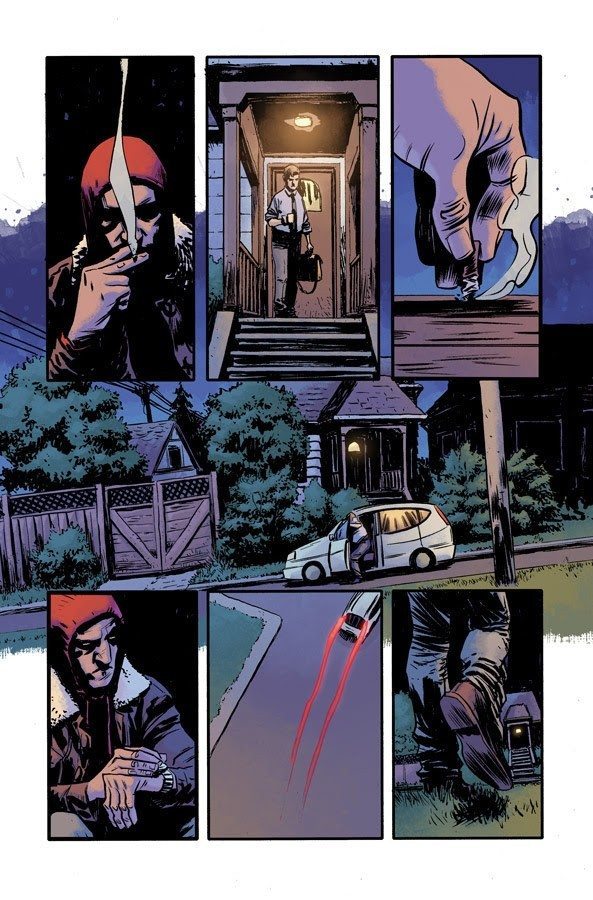 THE VIOLENT (Brisson, Gorham) is being published by Image Comics and is set to be released on December 9, 2015!