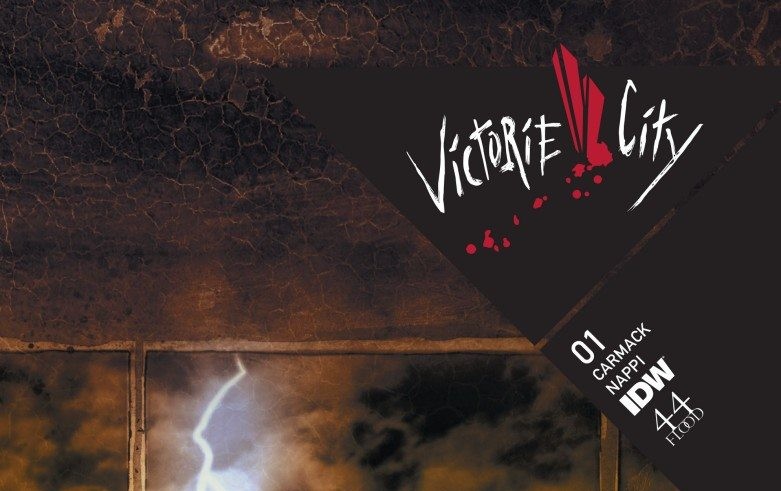 VICTORIE CITY has been described as a book in the same league as Se7en, and aptly so. The pages are written with dark tones and content, suited for those who are intrigued by the thriller, mystery, and horror genres. 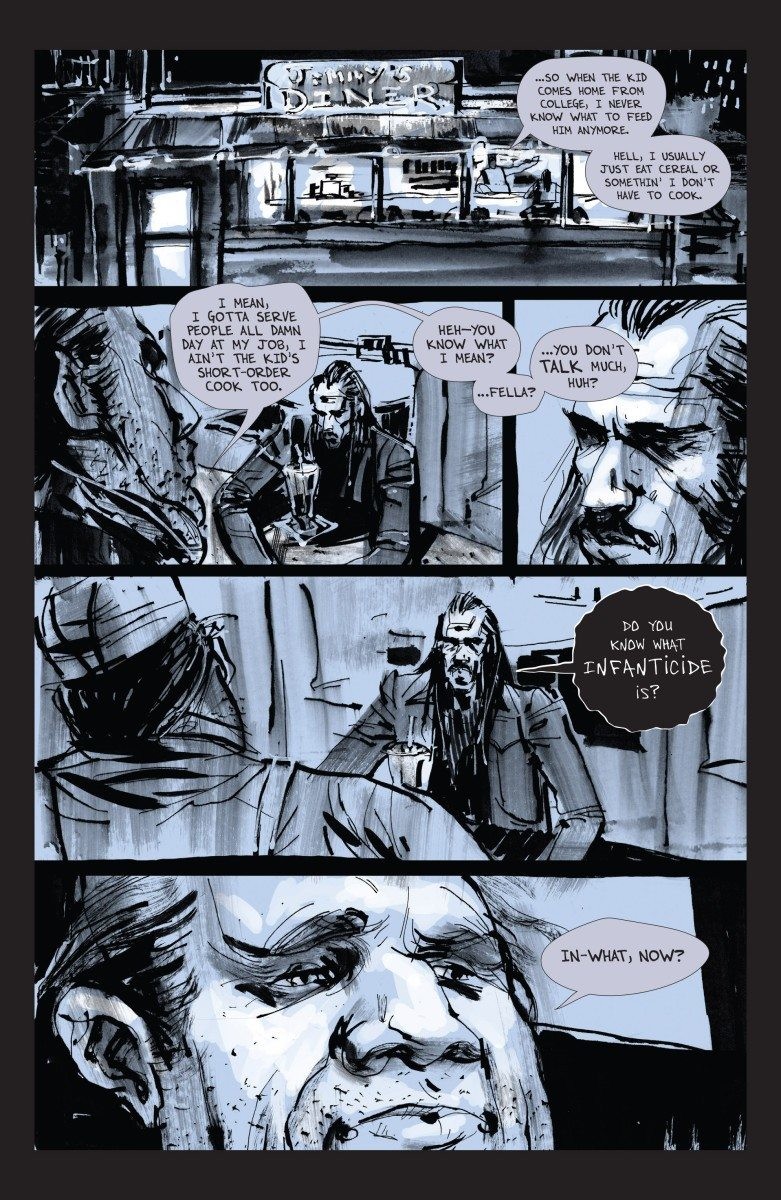 The issue, titled “Infanticide,” follows two storylines. One is of a Victory City police officer and the other is of a serial killer. The officer, Hektor Ness, is the only good cop in a city with a corrupt police force. He is very reminiscent of Jim Gordon prior to the inclusion of Batman in Gotham, in which the police force had taken bribes and was corrupt in all aspects within the city. The serial killer is unnamed and is vicious, ruthless, and just plain horrific. Keeping with the Batman comparisons, the serial killer could only be compared to the Joker, but without the clown attributes. To fit the noir fashion, in the middle of the story is none other than a missing young woman.

The characters seem like a cliché, especially since comparisons can be made to Jim Gordon and the Joker. However, VICTORIE CITY develops them very well. Carmack has given his two main characters a lot of depth within a few pages. As a reader, you clearly get the sense of who these men are and what these men are. You get a man on the side of good and a man of evil. It has been done before, but when done well, one amazing story can be told. NO COUNTRY FOR OLD MEN is evidence of that. 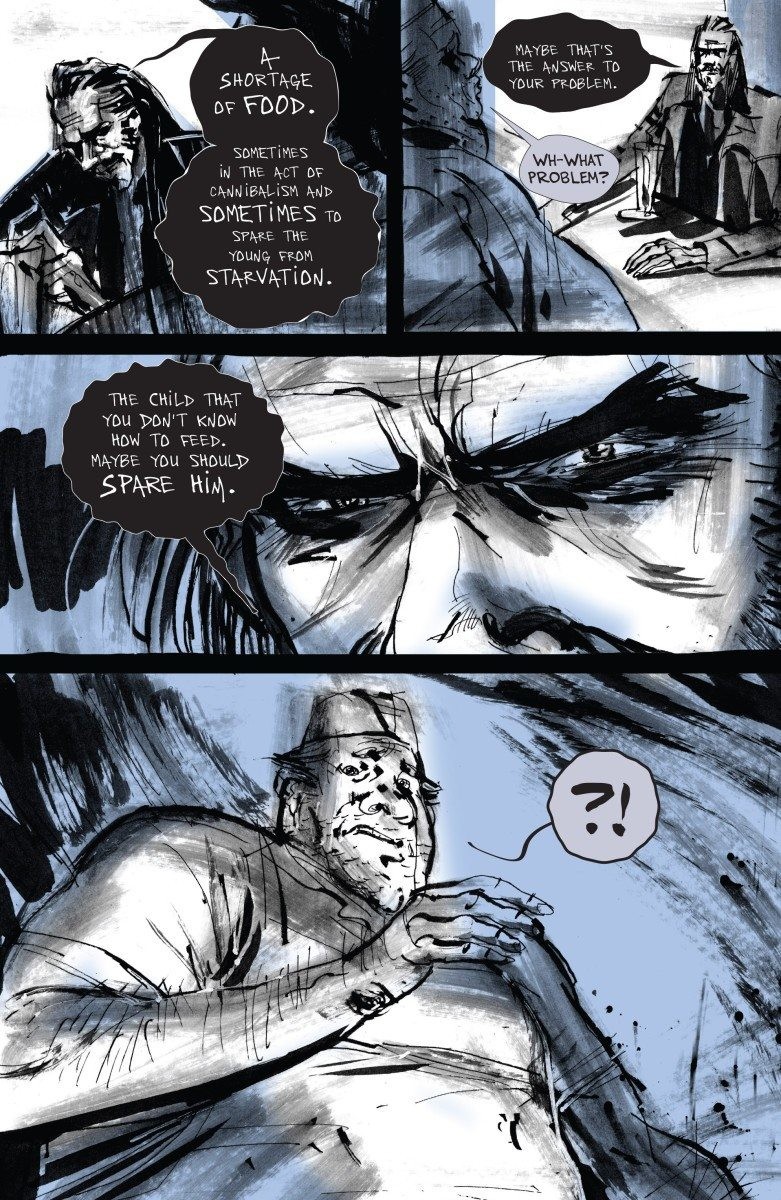 I find the art to be exactly the way I envision images of a noir thriller to be. Each panel is drawn with dark, creepy tones. The coloring contains black and a lighter blue color, with small amounts of red included when… necessary.  These coloring choices add emphasis to the narrative throughout the issue and are a refreshing visual. My only grievance is that the style is a bit frustrating when the characters are drawn to perform actions. At times it lacks a clear representation of what the character is completely doing in the sequence, such as the scenes involving the disposal of bodies. 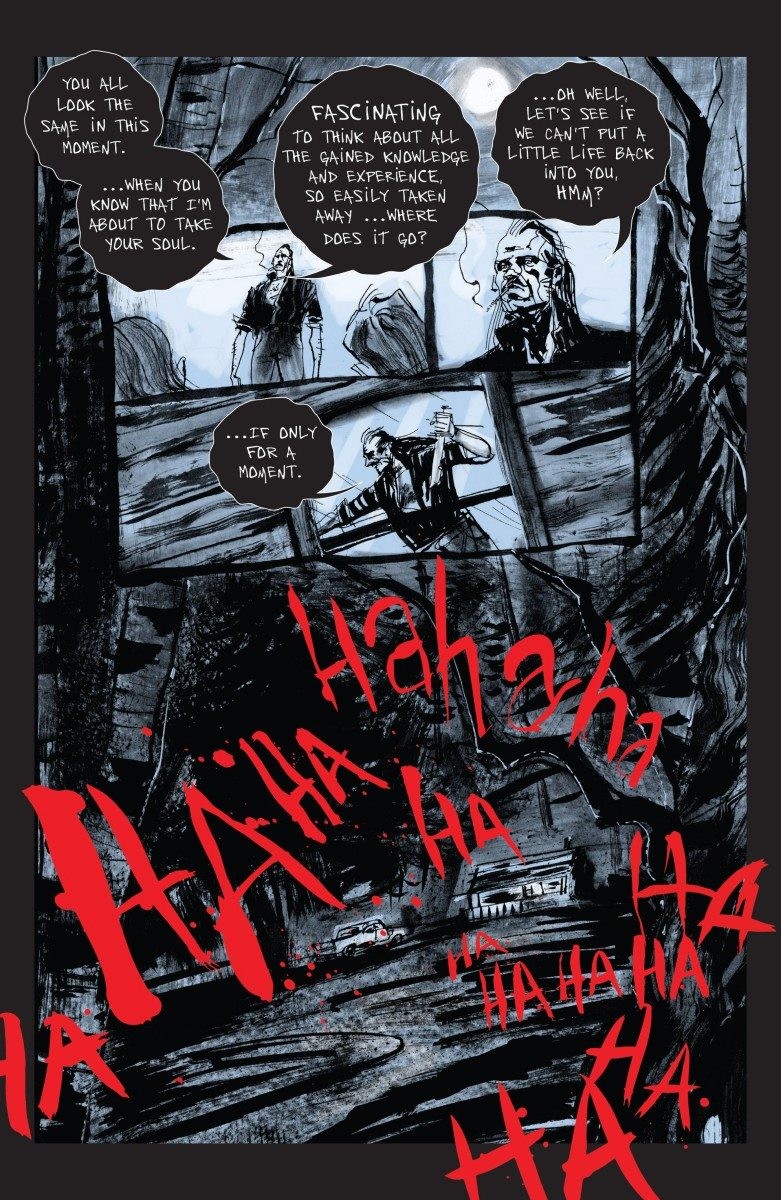 The first issue of VICTORIE CITY is what I like to see in a first issue. The characters are well developed, the story is under way, and the problems are in place. I expect to see Ness and our serial killer really come head to head in the next issue, as well as more development on the missing young woman. There are only four issues in the series, and I’m already wishing for a longer run.