Previously in VENOMVERSE, a perilous species known as the Poisons attacked and recruited Captain America and Spider-Man, both characters who have been bonded to their own symbiote. As a result, Venom found himself in quite a predicament when recruited in the war against the Poisons. With few allies and an abundance of enemies to take on, Venom turned to the resources he still possessed. With the assistance of Doctor Strange and Deadpool, Venom was able to recruit the bloodthirsty Carnage to fight against the Poisons as well as discover their true plan: to seize all the symbiote-bonded individuals in the Venomverse. VENOMVERSE #5 ultimately concludes the battle for this unique multiverse in an eccentric and fast-paced manner. 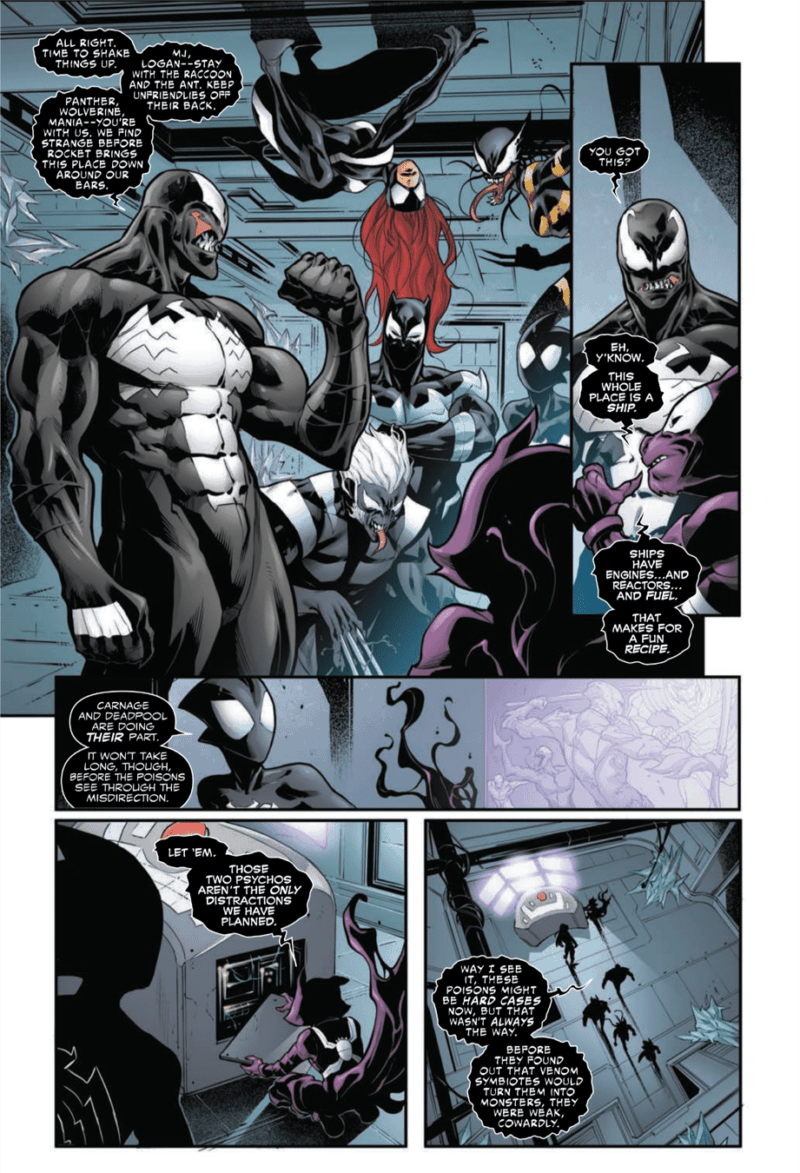 The War for the Venomverse

The majority of VENOMVERSE #5 revolves around the climactic stand-off against the villainous Poisons. With this, the narrative of the issue centralizes on the role of Eddie Brock (aka Venom) as a leader. It’s an intriguing role to see him play, as well as one he seems to embody quite well. Unfortunately, the chaos of the battle muddles his role in the climax. Don’t get me wrong, it’s certainly exciting to see notable characters such as Wolverine and Mary Jane don a venomous symbiote. However, their involvement in this installment makes for a chaotic conclusion, as there are so many characters involved.

In addition to this, the overall plot of this issue, like prior ones, is pretty simplistic. The Poisons aren’t that compelling as villains. So their motivation for turning all those in the Venomverse into members of their species is pretty one-dimensional as a result. There’s ultimately no defining characteristic that establishes the Poisons as an intriguing opposition to those in the Venomverse. Of course, a solid story doesn’t necessarily need to establish a perfect villain to be a successful tale, but it can definitely help.

Despite these shortcomings, VENOMVERSE #5 doesn’t fall short in its entertainment value. It’s a fast-paced piece that showcases the prowess of its primary symbiotic heroes. Additionally, it’s exciting to see notable Marvel Comics characters don a symbiote and work together to save the universe. 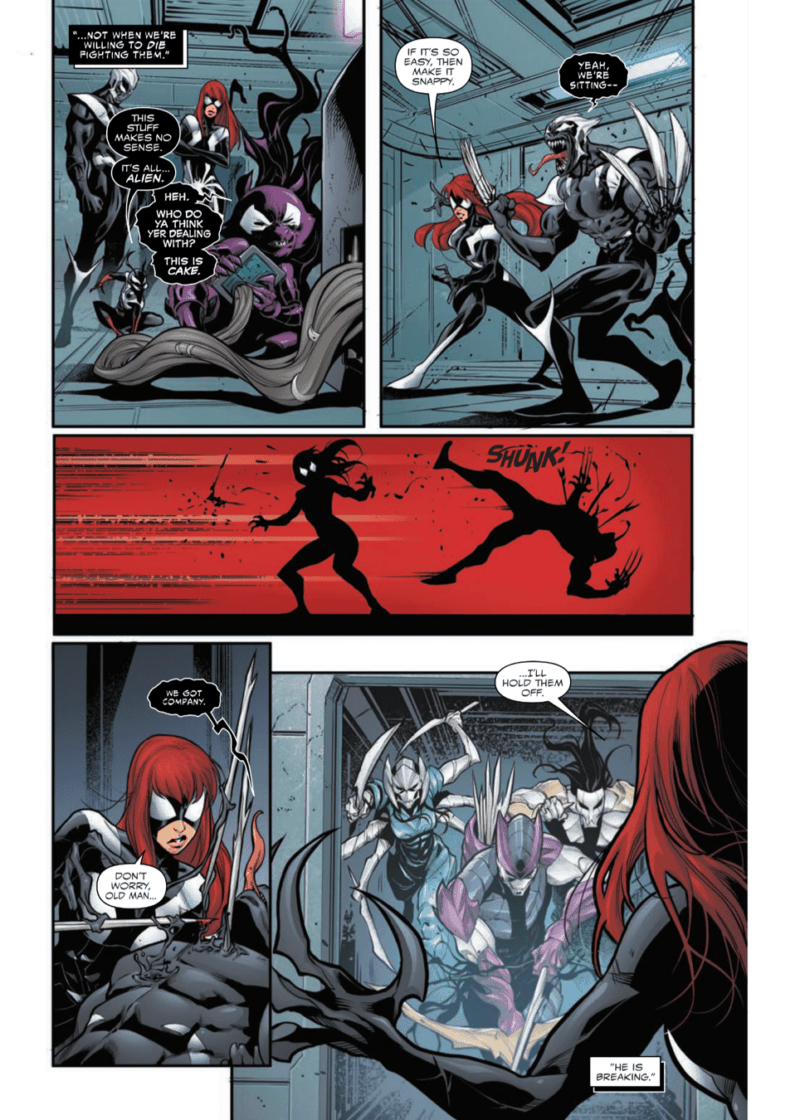 The Many Hues of VENOMVERSE #5

The artwork of this issue may perhaps be its best quality. Artist Iban Coello excels in his depiction of the many action sequences. His work, alongside colorist Matt Yackey, makes for some beautiful panels. The overall tone is well-balanced between light and dark hues, which proves to be fitting for the characters and conflicts of VENOMVERSE #5.

There were a few stand-out panels in this installment as well. Firstly, the confrontation of Deadpool and Carnage against Rhino and the Green Goblin is wonderfully gritty. It depicts the aptitude of each character’s abilities well, particularly those of the especially brutal Carnage. In addition to this sequence, I particularly enjoyed the stark tonal change in the panel where the Poisons attack Wolverine. The dominance of red is certainly eye-catching and augments the violent tone of that particular moment.

Is A Venom Movie Possible Without Spider-Man?

Perhaps the most impressive aspect of this issue’s artwork is the subtle details in the depictions of each character’s symbiote. Coello personifies these symbiotes through intricacies that one may miss upon initial reading. Those details are what truly establish this unique universe as its own entity.

Though VENOMVERSE #5 possesses various flaws, it definitely has enough action to keep a reader entertained. With appearances from notable characters, the work presents some exciting moments that one might not have expected. In addition to this, the ending is quite satisfying as it provides sufficient closure to this five-issue story arc. So sure, the installment might not be perfect, but it’s certainly fun.