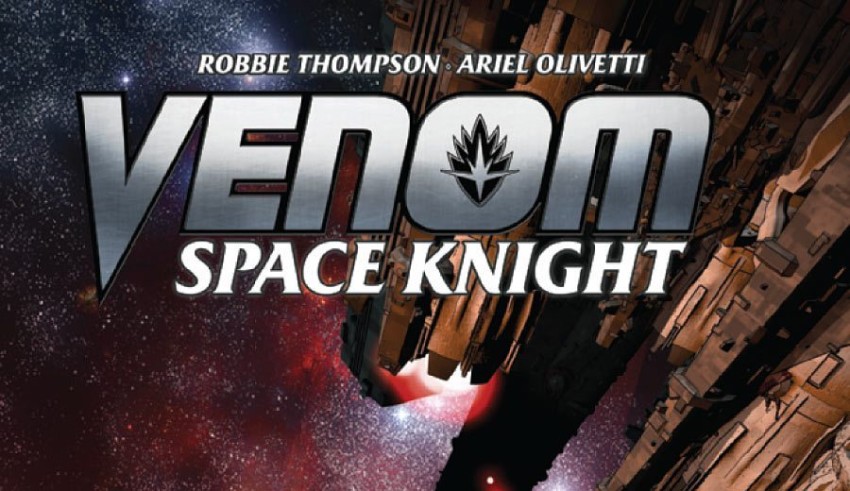 When we last left Flash Thompson, he was one with his symbiote (a Kylntar for the uninitiated) and kicking ass across the Galaxy. He was being called an “Agent of the Cosmos,” but had no idea what that actually meant. In VENOM: SPACE KNIGHT issue 2, he finds out!

READ: Catch up with Flash Thompson with our review of VENOM: SPACE KNIGHT #1!

In a previous life, Venom was a secret agent, dealing from the shadows, but this series shakes that up by looking at Flash’s role in the larger scheme of things. At the beginning of this story, we find him rescuing aliens from giant crabs. After finding out what caused the crabs to go wild, he puts a stop to that. This is when he discovers what being an agent of the cosmos means. 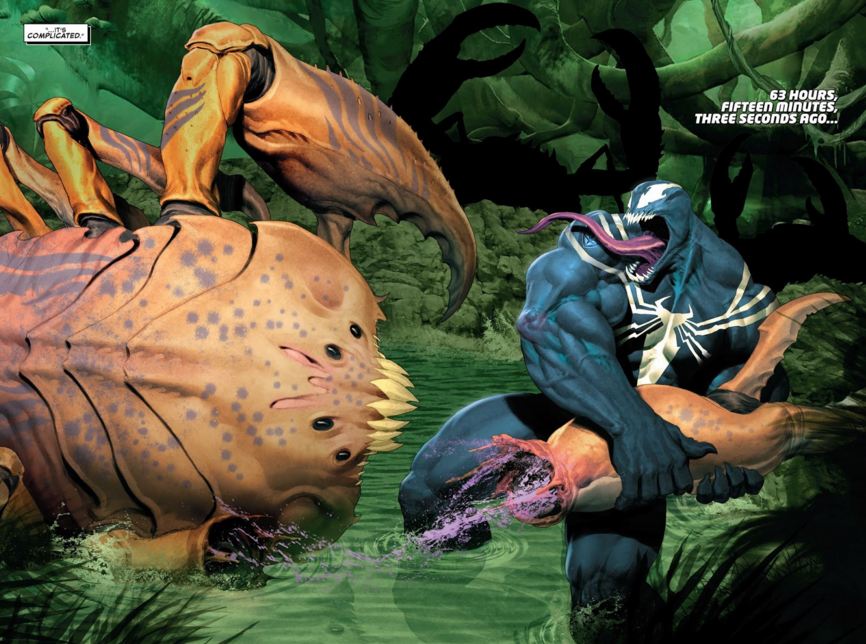 Robbie Thompson plays this for fun and laughs, with Venom being in more adventures that scream Flash Gordon than Flash Thompson. It’s big on high adventure, with death-defying stunts and action, a twinkle in Flash’s eye, and a grin never far from his lips. He discovers a new power, which is like an inverse of Spidey Sense. It tells him of other people in danger, no matter where they are, and he responds as quickly as he can. Meanwhile, he meets others like him, while a powerful new villain resolves to have his head (and not attached to his body, I might add).

READ: Check out our first look at SILK #1 written by Robbie Thompson!

But each stunt, each quip and use of Flash’s powers, would fall short if Ariel Olivetti was not on form as the artist. Luckily, he continues on as solidly as he did for issue one. Each beautifully painted panel creates a space tapestry full of explosions, space ships that give a real feel of the alien and otherworldly. Olivetti’s Thompson is sure and steady, face forward with no hesitancy, while his symbiote, at times in control, borders on the feral. 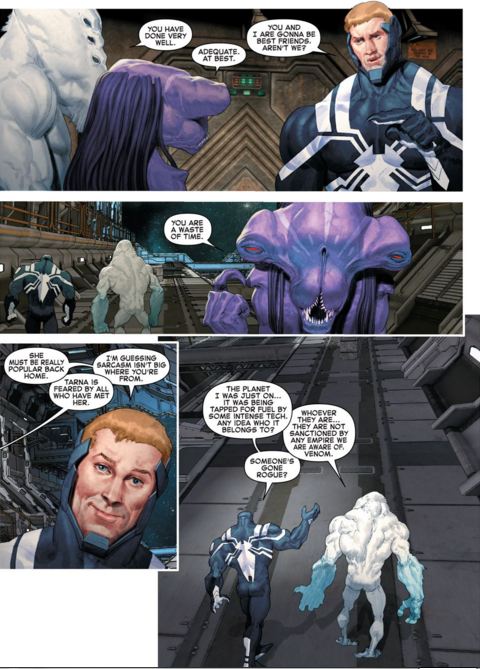 As comics go, it is a rip-roaring adventure, with a cocksure hero who deals with things head on. My only concern with the series so far is the lacking sense of danger. Action packed acrobatics and space adventures are enjoyable to read, but so far it feels like there’s no threat or danger that Thompson can’t handle. And that could prove detrimental to such a fun book. Once you stop caring about a character, you could very well just stop reading. Having said that, with only two issues gone, Thompson has plenty of time to add layers to Flash and his story. Here’s hoping it’s sooner rather than later because I love this book!

READ: Check out more of our awesome ComicsVerse reviews here!