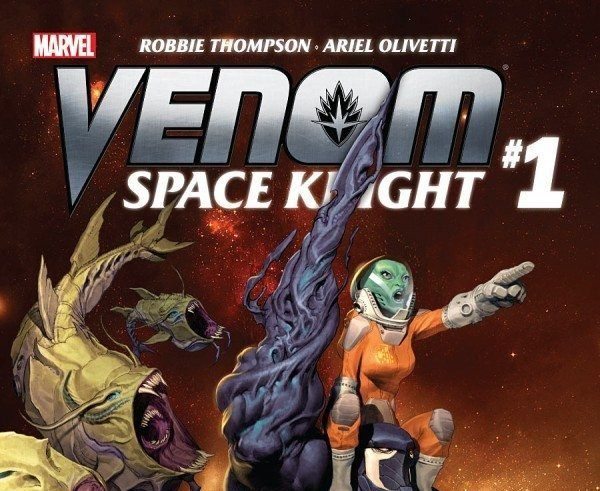 Eugene “Flash” Thompson has been many things, college student, war hero, secret agent, and superhero, which we are ready to explore in our VENOM: SPACE KNIGHT #1 review. Bonded with a symbiote, he has been given the chance to right many wrongs. But now, he has become something more. He has become… an Agent of the Cosmos!!!

A what? I’m not sure either. But that’s okay because Flash doesn’t know either, and spends most of the book asking everyone he encounters what one is. But Venom has come a long way since his first full appearance in AMAZING SPIDER-MAN #300, moving from host to host, before finally bonding with Flash Thompson. It’s been revealed that it is a member of the Klyntar species, and it has been purged of its rage. 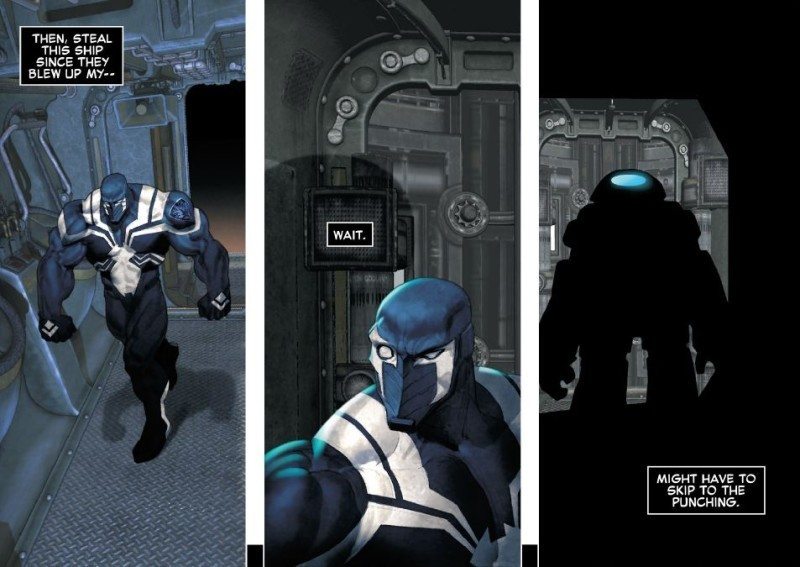 VENOM: SPACE KNIGHT #1 is a new chapter in both characters lives as they strive to work together and set out to be the heroes they are meant to be. This first issue is a self-contained issue and gives you everything you need to know while also set in the trappings of an action adventure in space. It has a very secret agent vibe, with Robbie Thompson cranking out quips and death-defying stunts while telling the story of Flash coming to grips with his own identity in the universe. While it doesn’t come across as ‘soul searching’, as Flash seems quite adaptable in his surroundings, he does want some answers, and once he gets them, he’s happy to let life play out.

When setting an adventure in the wild reaches of space, you need an artist who can create spectacular visuals along with amazing alien design and a sense of otherworldly wonder. Ariel Olivetti delivers all this and more in a beautifully illustrated book set in a world that feels lived in. The interiors of the spaceships look like they have been around the universe and back while the galaxy itself is a rich tapestry of space and danger. Everything is painted and highly detailed, and each panel has character and movement. The action sequence at the start feels so well paced, and the sense of depth used in it feels like it could be a part of any live action movie. The finale is a silent piece of tense action with some of the most terrifying aliens that have ever been rendered. (Those Were-Fish look they could eat you whole!) The only gripe, and it’s a strange one, is that I’m not sure about Venom’s design. Most of it is fine, but the angular pointy jaw feels a bit off to me. Hopefully, I’ll get used to it. 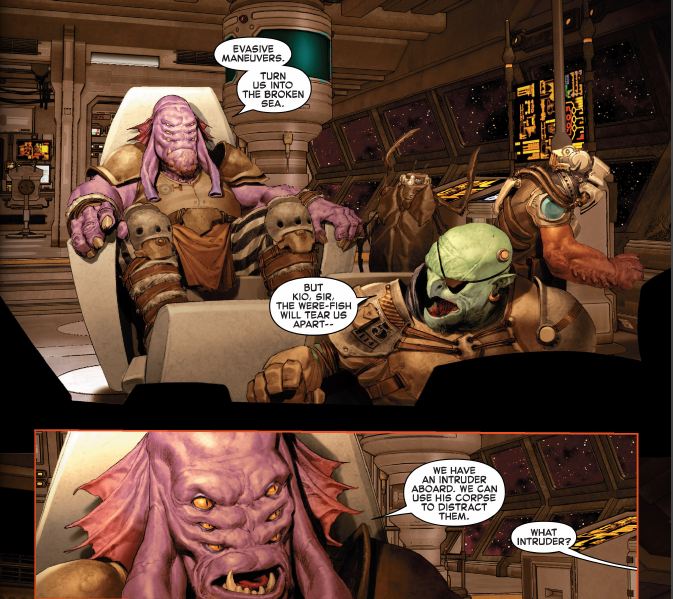 READ: Venom fan? VENOM helps out the Guardians of the Galaxy in our review of DRAX #1!

It is nice to see a done-in-one book, and the plotting is simple but effective. For me, while it was fun, I’m not sure if it grabbed me enough to go back for a second issue. It was light and entertaining, and the art suits it so well, but there didn’t feel like there was a sense of real danger or character investment. While not the strongest first issue, I hope it improves on each successive installment.