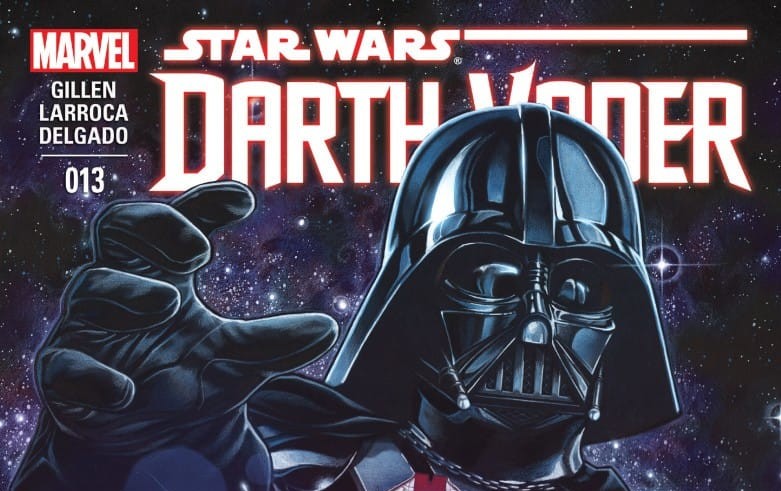 STAR WARS’ first major event under the Marvel tag has recently concluded with the end of VADER DOWN. After a year of solo storylines, flagship books STAR WARS (from Jason Aaron and Mike Deodato Jr.) and DARTH VADER (from Kieron Gillen and Salvador Larroca) finally crossed over. Spanning six issues, the series does a lot to entertain, but does little to contribute to the Star Wars mythos.

Taking place between episodes four and five in the saga, VADER DOWN starts with a battle scene—impressively drawn by Mike Deodato Jr., a newcomer to the book—between Darth Vader and a group of Rebel pilots, one of which is Luke Skywalker. After they collide, Luke and Vader find themselves stranded on the planet Vrogas Vas, albeit at different locations. The rest of the story follows Vader easily taking down rebel soldiers, and Han, Artoo and Threepio saving Luke from the clutches of Vader’s sidekick, Doctor Aphra, the best new character in these books.

While it is a good plot point, we already know the outcome. This story is certainly well told and constructed, but it genuinely feels like it doesn’t matter. For example, one issue ends with a “cliffhanger” where Darth Vader faces what could be a certain doom. However, we know that he survives until the next film. This, unfortunately, highlights the struggle of all prequel material across any medium. 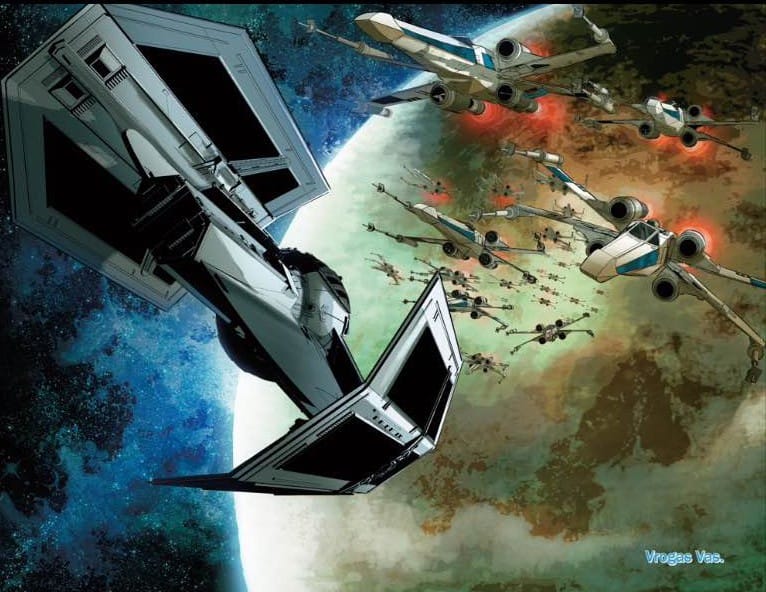 VADER DOWN is not a bad story; actually, it’s pretty good. Aaron and Gillen have found new ways to give voices to old characters, and they’re giving readers glimpses into periods not covered in the films. Unfortunately, the story feels limited for those same reasons. Aside from the few moments when Luke seems to discover something about the history of the Jedi and his former master Obi-Wan, there is little new information. The stakes are difficult to see when the outcome can be found in knowing the plot of the next STAR WARS movie.

Doctor Aphra and Vader’s murderous droid duo are arguably the most exciting new characters in these books, and they are given a moment to shine in this story (though, going up against Luke Skywalker, the outcome surely cannot go in their favor). 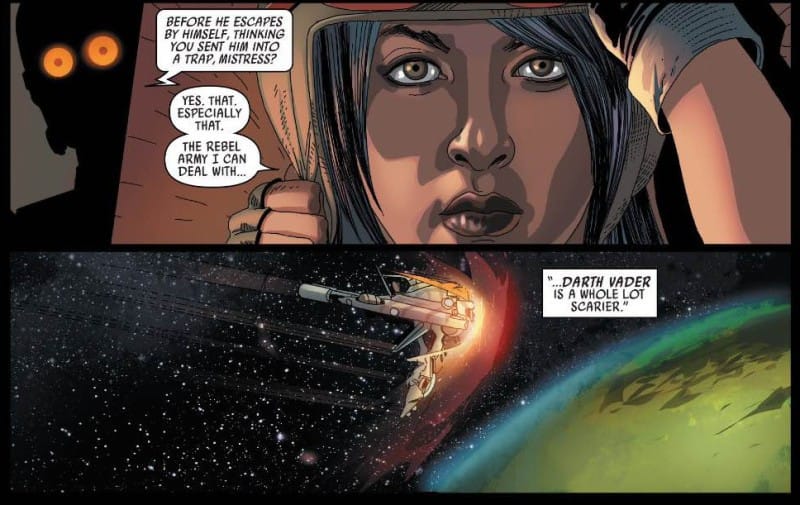 For its weaknesses, the book has its merits. Watching Vader crush (literally) the rebel scum before him is incredible. Fans often forget how powerful he is. The character interactions are also great, especially between the droids and Han Solo. Plus, it’s nice to see Leia being the general she was meant to be at this time, rather than on the run with Han and Lando.

READ: Still haven’t seen THE FORCE AWAKENS? Here’s why you should

The art has been hit-or-miss at best in these STAR WARS books until this point. Fortunately, though, all involved are at the top of their game in VADER DOWN. Larroca’s work in the Darth Vader issues continues the series’ dark and stoic storyline, perfectly suiting the Sith Lord and his compatriots. Mike Deodato Jr. is a welcome addition to the STAR WARS book by Jason Aaron, breathing new life into a book that started rough with subpar (and possibly rushed) work from John Cassaday.

In many ways, VADER DOWN’s worst enemy is itself. It’s an exciting STAR WARS story. It’s beautifully drawn and colored, something these books thrive on. It has the characters we love in a time we haven’t seen, but it’s just that. Was it a necessary story to tell in the STAR WARS canon? Maybe not.  It isn’t allowed to thrill us with true cliffhangers, and it cannot truly commit its heroes to danger because, at the end of the day, we know we’ll see them again in perfect condition in the films. But maybe putting Vader and Luke against each other before EMPIRE STRIKES BACK was too fun an opportunity for Marvel to pass up.