Welcome to Unsung Marvel Moments, where we bring you the Marvel moments worth talking about! Each week we’ll be highlighting some of the most exciting, emotional, and action-packed scenes in Marvel’s comics that we think deserve your attention. We got you covered on the Marvel moments you don’t want to miss!

Marvel released multiple strong issues this week, including MOON KNIGHT #197 and X-23 #2. Though summer is winding down, Marvel continues to deliver compelling arcs that keep the franchise on top. Without further ado, let’s dive into our top picks for July 25th! 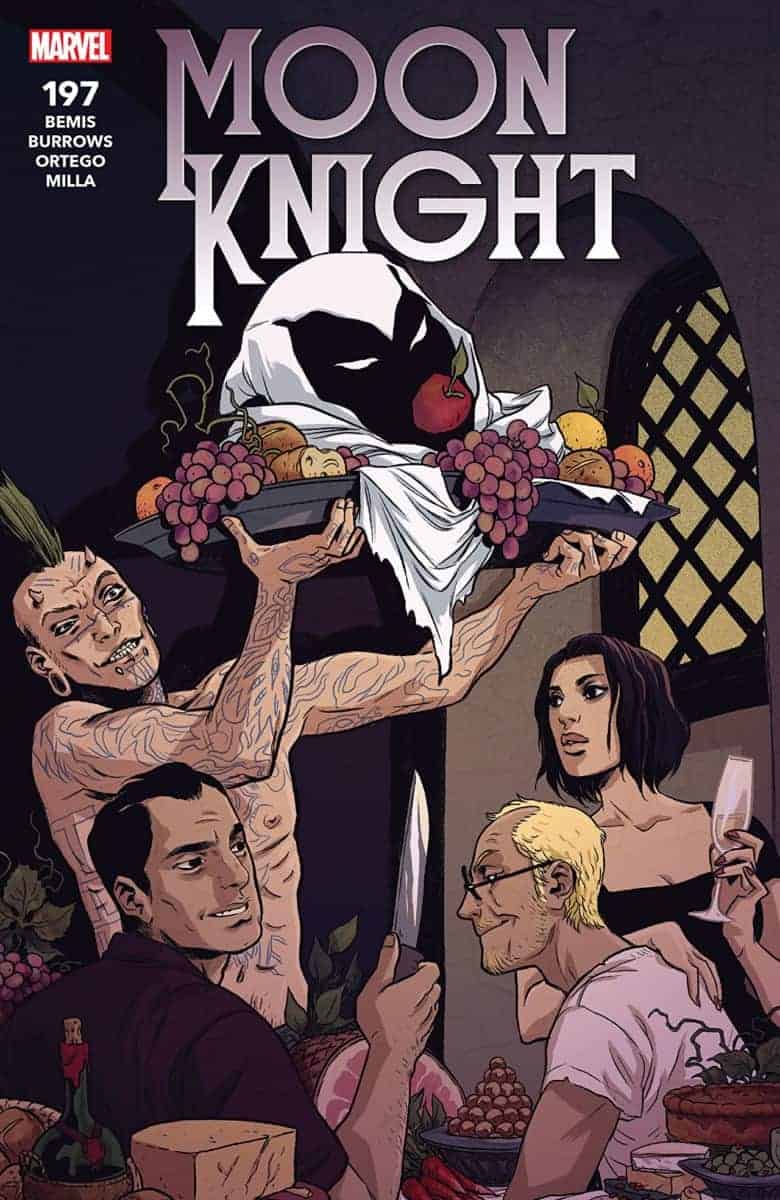 I’ve said it before, and I’ll say it again. People are sleeping on Max Bemis and Jacen Burrow’s crazily awesome run on MOON KNIGHT! Now, the narrative of MOON KNIGHT #197 is slightly different from the structure of recent issues as it centralizes on the bi-annual Societe de Sadiques feast. The event comprises a variety of serial killers and psychopaths who tell their stories regarding their journey becoming the sadists they are today.

Thus, Bemis manages his storytelling with each attendee having their moment to present their disturbing memoir. Interestingly, Bemis also employs a bit of dark humor into the mix to take the edge off. His balance works perfectly. Therefore, MOON KNIGHT #197 makes this week’s list because it is simply a wacky, weird, and just incredibly unique issue unlike anything else out there.

Throughout this series, Bemis has managed to write unexpected adventures for his titular character. He riskily takes Moon Knight to a new, edgy world yet succeeds in doing so.

However, though this particular adventure may move at a slower pace than recent ones, it is undoubtedly memorable. Bemis lets each individual tale of the Societe de Sadiques sink in, submerging us into this world we are terrified to explore until Moon Knight (attempts) to save the day.

Now, Moon Knight doesn’t have the most presence in the issue as a whole. Yet, when he appears, he takes the stage because his presence is completely dynamic. As a result, each and every component of MOON KNIGHT #197 flawlessly come together to formulate an impeccable story. 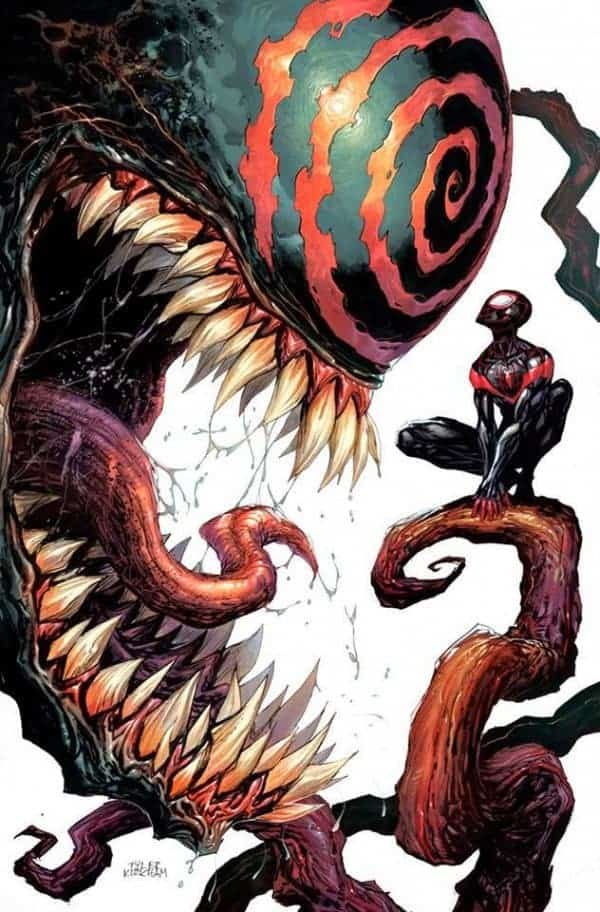 Previously in VENOM, we were introduced to the alleged god of symbiotes: Knull. In VENOM #4, Knull takes the reigns on the narrative as he presents an origin to the symbiotes that we have literally never seen before. The symbiotes’ story dates back to conflicts with Celestials and the Ancient Norse as they were once used as the All-Black Necrosword.

Now, I don’t want to give too much of the plot away simply because everyone should read this series, particularly this issue. Donny Cates provides an incredible amount of dimension to Knull’s character and the symbiotes’ origin. There’s also just so much imagination that bleeds through each and every page.

Knull Reveals All About the Klyntar in VENOM #4

Somehow, this series has managed to remain consistent in its quality. So, it is safe to say this series will be lauded for years to come. In fact, some fans on Twitter are calling this issue a “modern masterpiece.”

Now, the story wouldn’t be what it is without the visualization of Ryan Stegman. As seen in previous installments, this issue evokes elements of horror. As a result, Knull’s story feels grander and more terrifying that one may expect. It roots itself deep into history, our history.

As a result, it is easy to let yourself just fall into the tale of VENOM #4 simply because it is completely engaging and phenomenal. 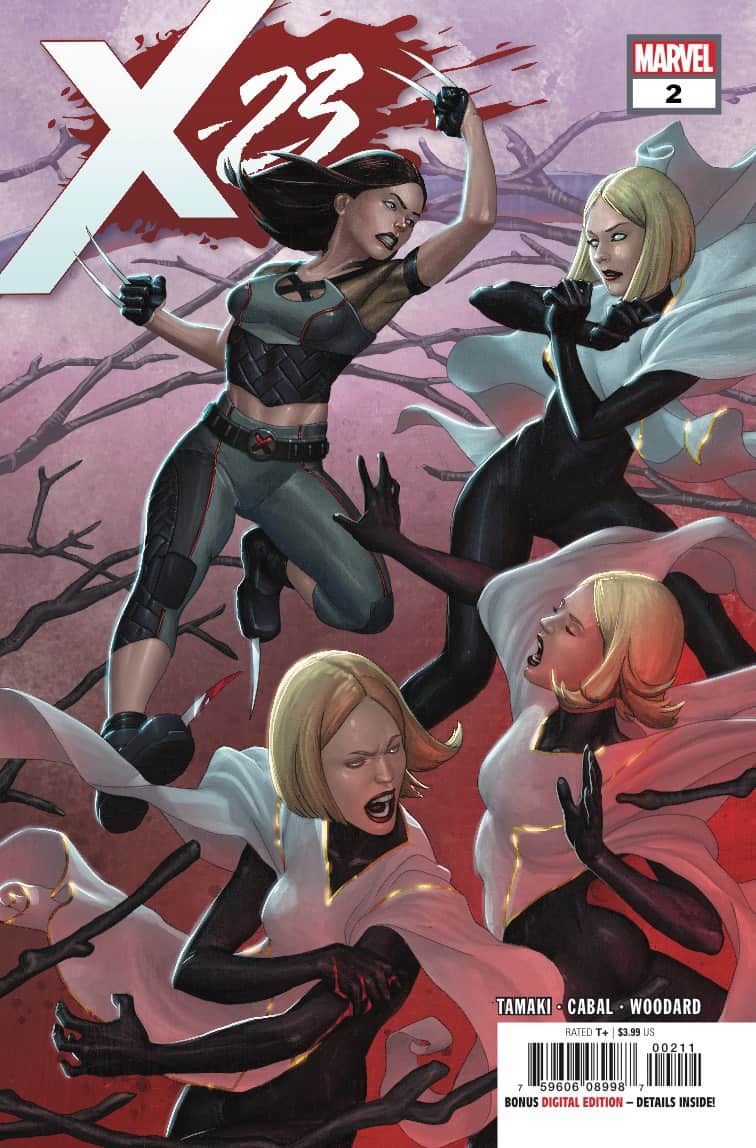 Laura Kinney’s fight has just begun in the second issue of the new X-23 series. Writer Mariko Tamaki introduced the Stepford Cuckoos in X-23 #1, and in X-23 #2 we finally get to see a little more of their true intentions. After losing two of their “sisters” years before, the Cuckoos plan on using a talented geneticist to bring them back to life. While these experiments were working in that Esme and Sophie were (sort of) alive again, the Cuckoos’ victory is shortlived. The beginning of the issue sees a dead Sophie who was, according to the previous issue, murdered by her sister Sophie.

Tamaki’s choice to begin the X-23 series with an arc that isn’t necessarily connected to Laura is a little strange. True, Laura herself is a clone herself, but Tamaki gives the Cuckoos and their story more panel time than Laura in this issue. Still, so far, I’m enjoying the clone wars theme and the Cuckoos, since they don’t often get the spotlight. I think there’s a lot Tamaki can do with the Cuckoos and Laura. They are similar, in some ways, and an investigation into that relationship could be compelling.

Next Week in Unsung Marvel Moments

August 1st marks the release of a ton of new Marvel comics, including CAPTAIN AMERICA #2, INFINITY WARS #1, and X-MEN GOLD ANNUAL #2. As always, send us your top Marvel picks of the week via our social media platforms. We love to hear what your Unsung Marvel Moments are!