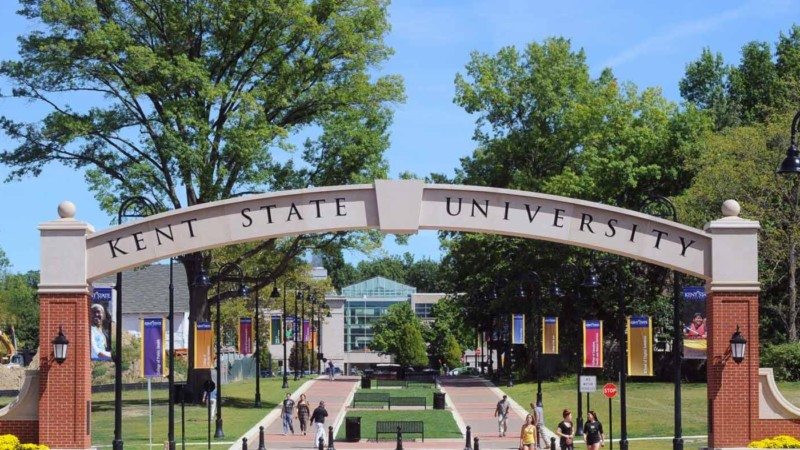 With the introduction of trigger warnings and attempts to limit free speech on college campuses, it seems that academia may be lending itself towards an even more socially and academically liberal reputation. Many campuses, including my own, have cultivated “safe spaces”: events and forums designed with the intention of bringing difficult topics to campus in a way that is not harmful to students. Safe spaces have been critical on many campuses for facilitating open and organic conversations about difficult topics that would otherwise be avoided.

Rather than limiting freedom of speech, safe spaces allow students and faculty to engage in academic and often political freedom, free from discrimination. These spaces are not to be confused with “brave spaces” or, as the University of Michigan proposes, an alternative to safe spaces which reworks the safe space framework. I focus on safe spaces as a framework I personally have experienced, that are effective in a unique way. In the current political climate in the United States, specifically in regards to the racist, misogynist, and xenophobic rhetoric spreading as a result of this past election, these spaces are important for students who fear for their rights as both students and human beings. For students of diverse religions, races, and sexualities, these spaces are especially vital to their inclusion on campus. While safe spaces protect freedom of speech and thought on campus, there is little research or politics surrounding whether or not universities have any responsibility to protect their students and faculty from outside attacks, whether they be physical, intellectual, or political.

When I was shopping around for schools as a freshman in college, ready to transfer, intellectual safety was something that rested high on my list of considerations, along with the strength of my program and the overall campus climate. I chose Kent State University not only for their fashion program but also for their dedication to academic, political, and religious freedom. Promotion of inclusion and diversity is ingrained into Kent State’s very identity. It was not until this semester, my fifth semester here, that I have begun to question whether or not this university truly values a diversity of peoples, cultures, religions, and thoughts. Additionally, this is the first time I’ve been forced to question my safety.

On October 10th, the Spanish and Latino Student Association (SALSA), an organization for which I serve on the executive board, received an email from the Kent State chapter of Students for Justice in Palestine (SJP) regarding a letter that was sent to the administration. This letter would be later published in The Kent Stater, Kent State’s student-run newspaper. Yousof Mousa, a Palestinan student and president of SJP, wrote the original letter, which was sent to the president of the university, Beverly Warren. In this letter, Mousa requested that a quote from the former Prime Minister of Israel, Golda Meir, be removed from the wall of Bowman Hall along with the accompanying portrait.

READ: Interested in reading more about Kent State’s claims of diversity? Check out this article!

The quote itself is not what provokes discomfort and turmoil for Palestinian students and their allies but rather Meir’s politics and other quotes, including one from an interview on the Sunday Times and New York Times in 1975. In this interview she stated: “There is no such thing as a Palestinian people… It was not as though there was a Palestinian people considering itself as a Palestinian people and we came and threw them out and took their country away from them. They did not exist,”in reference to and in denial of the ethnic cleansing of Palestinians beginning in 1948. This cleansing, also called the Nakba (which means catastrophe in Arabic), resulted in the displacement of over 700,000 Palestinians.

Along with several other cultural student organizations, SALSA signed this letter to stand in solidarity with SJP and Palestinian students specifically in regards to the quote. University President Beverly Warren responded to this letter on November 8th in an email to Mousa, stating she had asked the University Provost, Todd Diacon, to “confer with the appropriate parties” before making a decision on the removal of the quote. On November 10th, Diacon emailed Mousa with the decision to keep the Meir quote on the wall.

This decision was made without conferring with any of the student organizations who signed the letter and was quite frankly disheartening, given Kent State’s core value of diversity. Despite this, it was not the decision itself that presented outside threat to the students involved. As detailed in this letter from Palestine Legal, an independent non-profit legal organization, on November 15th, an AOL account sent an email to President Beverly Warren, with a faculty member and several student leaders cc’d in. This email accused professor Dr. Joshua Stacher, president of Kent’s Muslim Student Association (MSA) Lama Abu Amara, and Rachel Mason, president of the Spanish and Latino Student Association (SALSA), of being supporters of terrorism. I received screenshots of this email when I woke up and my first response was shock. In the time I have been on this campus and in a variety of student organizations, I have never been confronted with such aggressive and hateful claims.

On the same day, Kent State Media Relations Director Eric Mansfield responded to the AOL account and other recipients of the email, addressing the emailer’s concerns about Kent State removing the Meir quote but saying nothing about the false accusations hurled at a faculty member and two students. Two days later, Mousa, student and president of SJP,  reported an anonymous email to the University which read, “…do the world a favor and kill yourself… you really are a piece of shit.”

These two emails are just a fraction of the harassment Mousa and other students who signed her letter have received online. In fact, a commenter on a Zionist news website said, “Send in the Ohio National Guard,” a crude reference to the four lives that were taken on May 4th, 1970 when the Ohio National Guard opened fire on a crowd of students protesting the Vietnam War. As I am writing this, it has been more than two weeks since the AOL address falsely accused these students and faculty member of supporting terrorism and the university has neither reached out to these individuals or made any statement in their defense.

Is it fair to expect universities, particularly public universities, to respond when false accusations or claims are made against their students? In this case, where an email was sent directly to the university president, there is a degree of responsibility.

Under Kent State’s harassment policy, students are protected under the the categories of “race, color, religion, gender, sexual orientation, national origin, ancestry,” and more. According to the same policy, unlawful harassment is defined as “intimidation, ridicule or insults that are sufficiently severe, pervasive or persistent…” that “… creates an intimidating, hostile or offensive working and/or learning environment; or otherwise adversely affects an individual’s work or learning opportunities.” Just as universities have the responsibility to protect students from internal physical and emotional threats, they should have the responsibility to protect students from outside threats. These students at Kent State have been threatened for their participation in a request to create a more inclusive campus. As a graduating senior, I have expectations for the university that I pay thousands of dollars to attend. My safety is one of them.

READ: Interested in how college campuses are handling sexual harassment and assault? Check this out!

Is it fair to say that a group of students and faculty being falsely accused of supporting terrorism would adversely affect their work and learning opportunity? This incident may have been an outside threat, meaning the person who emailed might not attend Kent State. However, such false accusations, if not denounced by the university, could impact a student’s ability to learn or a faculty member’s ability to teach. Additionally, these claims could also impact the entire university environment. Claims like these, however false they may be, can follow both a student and their university far past the student’s college career, if not properly extinguished.

The topic of protection and nurturing of free speech is popping up on college campuses across the nation. Just last October, the president of the University of California system, Janet Napolitano, released a statement that has since been published in the Boston Globe. In her statement, she defended free speech and proposed an alternative approach to dealing with free speech one may not agree with. She states, “educating students from an informed “more speech” approach as opposed to silencing an objectionable speaker should be one of academia’s key roles,” placing the responsibility on universities to truly facilitate a diversity of thoughts. In respect to students she says, “the world needs more critical, creative thinkers, and American higher education does a better job of producing them than any other higher education system in the world.” The debate over free speech on college campuses is not operating within a vacuum, but goes hand in hand with debate over free speech and censorship in media and U.S. politics.

The question remains though: is it possible for higher learning institutions to produce critical thinkers if they fail to protect students like Yousof Mousa for thinking critically? Because of the adverse social and academic effects these attacks can have, my answer is no.