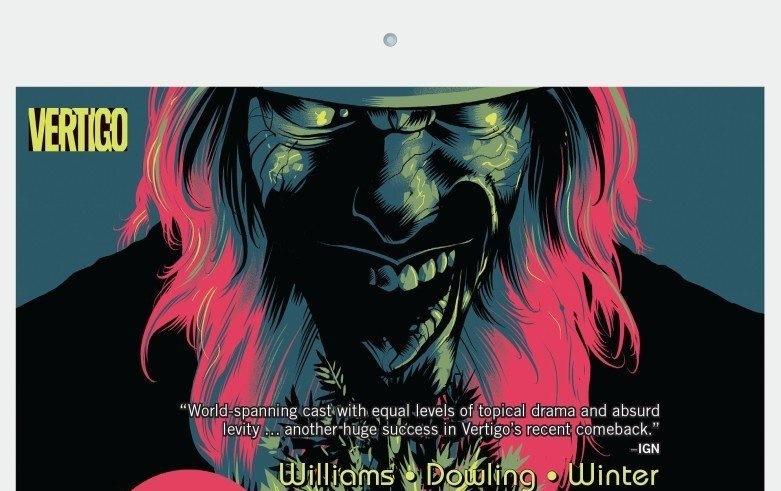 The fall has marked an uptick in comic reading for me, as I’ve picked up some new titles from my favorite creators and a bunch more with intriguing premises. While I’ve enjoyed seeing new material from writers and artists that I love (Gilbert Hernandez, Rafael Albuquerque, R.M. Guéra, and others), the second category has been fruitful, too, and UNFOLLOW is one of the best of them. 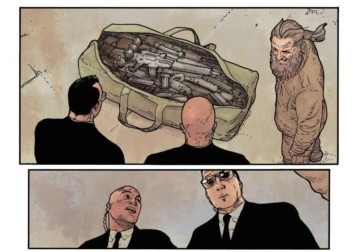 The second issue from Rob Williams and Michael Dowling, out last Wednesday, focuses on four characters: Akira, the scantily clad Japanese author/philosopher; Deacon, the ex–special forces biker with a cache of artillery and a personal relationship with God; David, the loyal brother from issue one; and Ravan, another repeat player revealed as an Iranian journalist.

READ: Like Vertigo comics? Check out our review of THE TWILIGHT CHILDREN!

The cast is rich and getting richer. In this respect, UNFOLLOW feels akin to SENSE8, the excellent Netflix series from the Wachowskis. SENSE8 is a great example of an ensemble cast working well, and thus far, Williams is proving similarly capable of wielding a large troupe of characters. 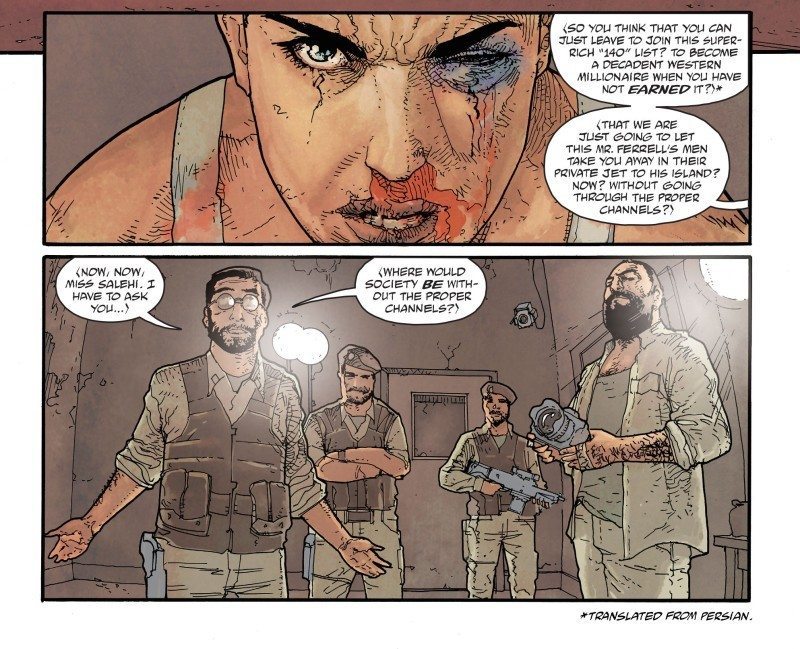 He particularly demonstrates a strong ability to change pace while maintaining cohesion. David’s storyline is an example of that, as we observe an internal family struggle against the backdrop of gang politics. Ravan’s story is similarly complex, both in narrative and structure. We learn here that heartbreak drove Ravan, a seemingly ambitious journalist, to return home, where she was again confronted with lessons that challenged her perspectives on life. And, after this quick background sketch, Williams drops her straight into a dank room, beaten bloody and surrounded by enforcers representing the Islamic Republic of Iran—only to be saved by our trigger-happy masked friend from the first issue.

Dowling’s art continues to be stellar in this issue. His mix of heavy exterior lines and meticulously penciled details puts him somewhere in the company of Nick Pitarra (who has been excellent on THE MANHATTAN PROJECTS) and Geof Darrow. His landscapes are wonderful, and we get some rich nature scenes in this issue. One of the benefits of a comic that features such a diverse cast of characters is that the artist has the opportunity to explore a variety of scenes and character types, and Dowling has risen to the occasion thus far.

READ: Interested in more from Rob Williams? Then pick up JUSTICE LEAGUE: THE DARKSEID WAR – FLASH!

The inevitable challenge for UNFOLLOW will be pulling a collection of featured characters from the 140 who are included in the game. In this respect, the comic diverges from SENSE8 and travels into BATTLE ROYALE or THE HUNGER GAMES territory. Those stories handle the character overload with a massacre of the unnamed—like the rush for the cornucopia in THE HUNGER GAMES—and UNFOLLOW very well may follow a similar trajectory. 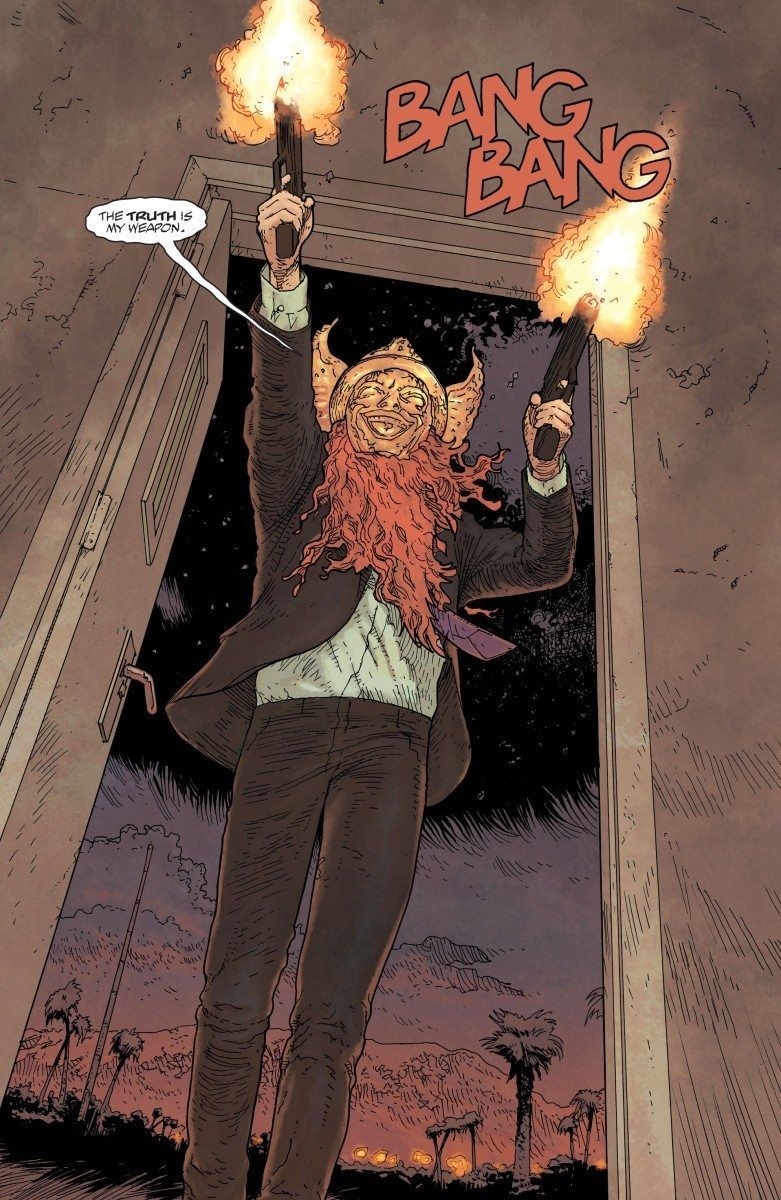 For now, Williams and Dowling continue to collect their characters, though I would guess they’ll only do so for another half-issue. This comic markets itself as a story of a mogul leaving his billions “to be split evenly between 140 random people—or however many of them are still alive at his death.” While the character introductions are entertaining, it seems like we’re rapidly approaching the point where money meets mouth.  That’s something you won’t want to miss!