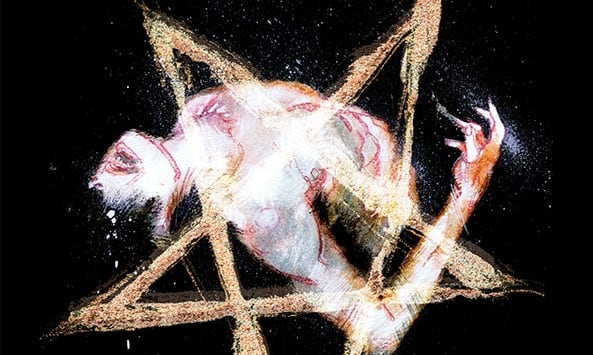 Ray Fawkes’ UNDERWINTER series for Image is far from conventional, but boy is it poetic. It’s poetic in language, art, and structure. It’s fair to say this comic is unique. In fact, outside of Image, this comic might of had to be self-published, and I mean that as a compliment because it’s so outside the typical mold. Ray Fawkes and Image have produced a comic that’s foreign to a typical superhero or fantasy comic. I highly look forward to this monthly series, as it truly debunks any notion that comics are “low-art.”

Billed as a horror comic, UNDERWINTER #1 “SYMPHONY,”  sets the stage for a music laced fever dream. A lot is left to discover, and it leaves you twitching for the next issue, but one thing is certain: something sinister is lurking in the aura of this world. 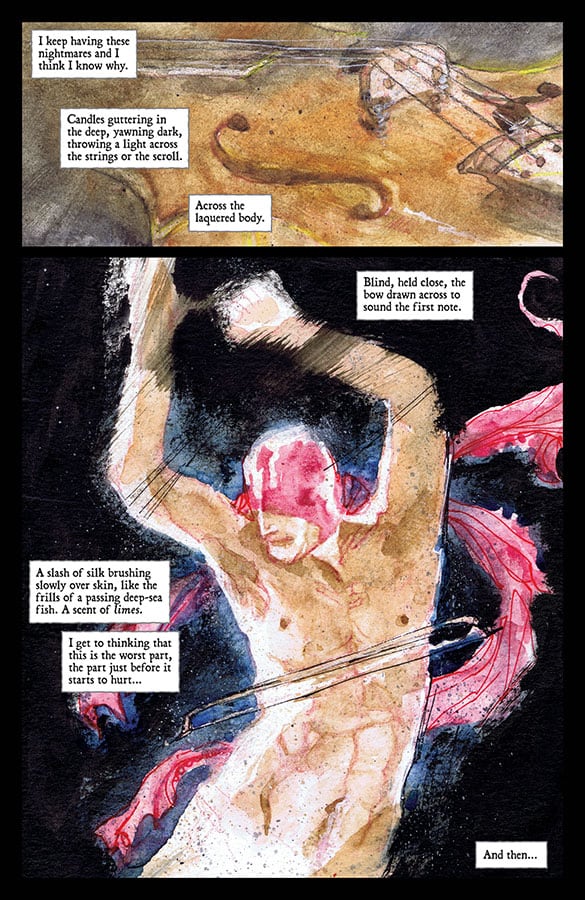 The story so far is a little murky. The reader gets brief insight on a nightmare and a nameless woman’s incurable illness, but for the most part, we meet a group of struggling classical musicians. They seem to have a contentious relationship with each other, as they embark to an estate deep in the woods to play a couple of hours for a client. Most of the bickering is orchestrated by Stephanie Ortiz, who is very ornery about Kendall Kelsey’s lateness to meet-up. Kendall appears to be a bit of a playboy, but he’s also the one who set up the gig. Then there’s Corban Novak, a squirrelly kind of guy. He’s very nervous about the gig and definitely has a relationship with alcohol. Rounding out the string quartet is Eleanor Parker. She’s kind of aloof and independent, but also a bit of a romantic.

It’s going to be interesting to see how this group will deal with the ominous unknown threat that’s lurking. It’s a very diverse group of personalities exceptionally crafted by Ray Fawkes. The group dynamic is going to be tested. All of these characters have shown flaws that might risk their cohesiveness and safety. Just getting to the event, issues arose and personalities clashed, so the tension is thick. From the little we know, one can decipher they have different perspectives based on their ethnicity, sexuality, and general dispositions. That’s always a welcoming ingredient. A compelling story awaits this series. 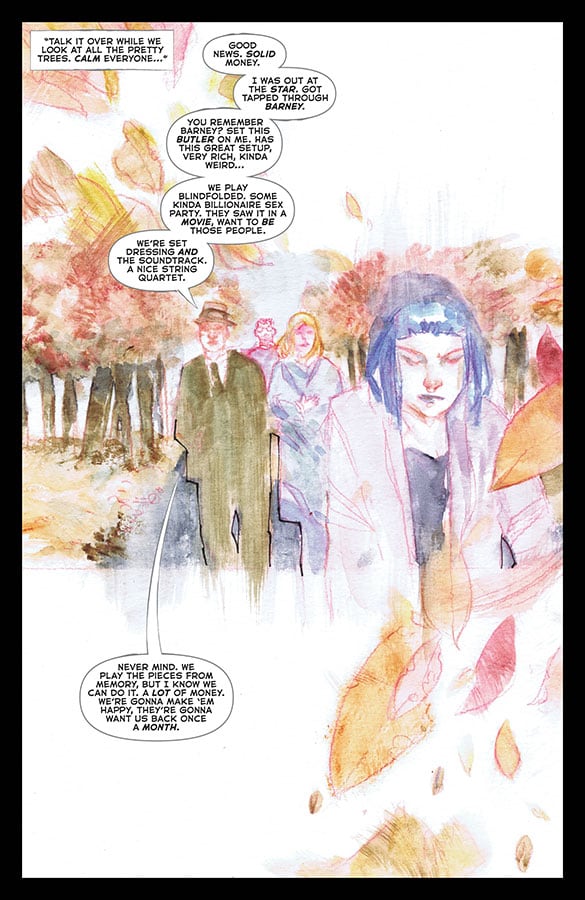 As good as the characterization is in UNDERWINTER, the art is even more magnificent. The watercolor and mixed media combine to make refreshingly new abstract backgrounds and incredible color outlined people. It’s different, but it’s beautiful. The paneling is probably the most conventional aspect of the issue. However, the style of art overpowers that observation. It’s far from a normal book. The colors seeping off the thin lines and the lack of definite boundaries create a sense of uneasiness.  This uneasiness progresses into darker and bleaker backgrounds as the story and perhaps threat ramps up. The use of color also defines the characters’ personalities, particularly their attitudes.  With Stephanie, she has a sharp face and blue hair. While blue usually represents calmness, Stephanie is opposite of that, but it does make her stand out and oddly fit her controlling abrasive persona. The other characters, especially Corban, are drawn with soft colors. Corban is definitely the pushover, and the art reflects his perceived meekness so far. Fawkes displays mood and atmosphere unlike any conventional style could.

The poetic ambiance of UNDERWINTER #1 derives from every aspect of the issue. From the dialogue in the nightmare sequences (shown in the first image of this article) to the seeping colors and lines of the artwork, they intertwine perfectly. The writing and the art can also be admired separately. The first time reading through, I got so engrossed in the artwork that I had to reread the book to absorb the story. That’s not to say the art is a distraction. It’s a vivid component in setting the mood. It is, however, extremely unique to 99 percent of mainstream comics, so a little adjustment may be needed to adjust the appreciate Ray Fawkes wonderful style. The horror hasn’t yet come into the picture fully, but it’s seeping through in tension. You feel it through the description of the music in the very beginning and ending, the characters’ relationship with one another, and the setting they placed themselves in. I can’t imagine where this series is going yet, but I’m psyched to be horrified.