With new mutants being added to the mix, specifically Tattoo and Greymalkin to Young X-Men, here at X-Men Natiion we thought we’d remind the writers of the X-Books not to forget some of our favorite under used mutants and also remind them and you, the readers, about some great mutants that were created in the history of the X-Men Universe that we think are pretty cool. These characters would make excellent additions to any X-Team. 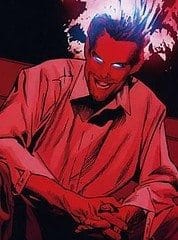 I’m sure I wasn’t the only one who when they first saw Julian Keller thought to themselves “who is this Empath wannabe??” I’m also sure I’m not the only one to ask what the heck has happened to this guy since “X-Men: the 198?” Who the heck knows? Either way, Empath (real name Manuel de la Rocha) has been a strong character in the X-Men Universe since his debut as the leader of the Hellions in “the New Mutants” back in the 1980’s. Manny is quite the ladies’ man and has romanced many of the females on both the Hellions and the New Mutants. So what if, each time, he had to use his powers of emotional manipulation to get what he wants? First with his luscious vixeny teammate, Roulette, then in order to get Firestar to attack the X-Men and finally on the one who swept him off his feet against his will, Magma.

Empath was Emma Frost’s prized pupil before her and his reformations. His deep self-centeredness, the entire time, was hiding a weak and hurt young man and it took Magma to drag him to the Amazon Jungle and then Nova Roma for it to surface. After living in Nova Roma for a while, Empath realized it was a false creation of Selene instead of a South American Colony founded by the Ancient Romans. Rather than lose the love of his life, Empath used his powers on Magma and the rest of the city to keep them in such an emotional state as to where they’d never question the foundings of the city. Firestar, Cannonball and Warpath finally exposed him and he lost Magma which lead to his further transformation into a better person until he joined XSE. Manny got addicted to the mutant power enhancing drug, “kick,” during a story run on Xreme X-Men and was finally seen in the 198 using his powers on an out of control, grief-ridden Magma who still hasn’t gotten over him herself.

We know you’re probably wondering who the heck this guy is and the truth is you probably don’t remember. Poltergeist was a mutant featured in the original Spider-Woman comics as a member of the Mutant team of outcasts called Heatbreak Hotel. Poltergeist received his name after assuming he was being followed by one when, in reality, it was his mutant powers of telekinesis that were creating minor explositions of appliances and moving things around the room when he was there. Once, in handcuffs, Poltergeist was able to use his power to cause the handcuffs to simply explode. He may look scrawny and weak but we haven’t seen this character in over 1 years with no mention of his powers being lost after M-Day. We’re interersted to see how this teen has developed his powers outside the realm of Xavier and his students and the type of man he’s become. It’s no doubt to us with some fleshing out of his character and backstory a character like this, with powers like this, would be an asset to any X-Team. 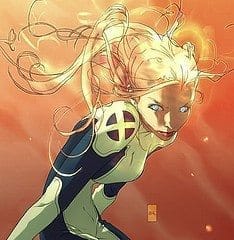 Magma is one of those characters that you loved reading in “New Mutants” when you were younger. You might’ve thought you were the only one. As you got older and started discussing comics and your favorite characters, Magma probably wasn’t in that first conversation. Maybe, simply because you didn’t think your emotions would be reciprocated regarding this character. Finally you lay it on, YOU LOVE HER. Then the strangest phenomenon occurs, the person your talking to says they love her too, and then you think how random it is to both love this character. If this occurance has only happened to me I apologize, but the older I get and as more intellectual discussions I have about comics increase, Magma is one of the names that comes up over and over and over again.

Chris Claremont created a character in Magma that had a personality as volatile and fiery as her power to manipulate techtonic plates and control the very blood of the planet earth – magma. As soon as she first appeared, she drew the romantic attentions of both Roberto daCosta and Samuel Guthrie but it wasn’t until she fought against the Hellions and met Empath that she returned any feelings of love. At first she tried desperately to deny her attraction to her enemy but Amara’s former life as Patrician Citizen in Nova Roma lead her to continue her studies at Emma Frost’s Massachusettes Academy where she was free to indulge in her relationship with Empath. The two returned to Nova Roma and Amara’s former life until it was discovered Nova Roma was a colony created by Selene who made it’s citizens believe they were living somewhere created by the Ancient Romans and that after her departure from Nova Roma, Empath continued this deception. Magma ended their relationship the moment she found out and we all assumed it was the last we’d see of her until her return in Xtreme X-Men where Empath used his powers to force her to kiss her bestfriend, Sunspot, in exchange for more of the mutant enhancing drug, “kick.” Finally, after losing her love when he was depowerd from M-Day, Magma started to lose it and it was Empath who was able to calm her using his powers and influence on her. Last we saw, she was in the middle of a story arch in “X-Men:the 198” being stalked by another mutant on Xavier’s lawn. 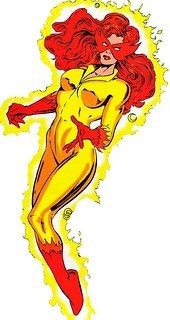 Angelica Jones as Firestar has to be the most under-rated mutant of the Marvel Comics Universe and certainly the X-Men Universe. Firestar was the original X-23, a character created for a Marvel Comics television show who everyone fell in love with. Not only was she the original X-23, but her self-titled miniseries was the original “X-23: Innocense Lost.” Angelica Jones was a mutant sought by both Xavier and Emma Frost but was enrolled in the latter’s school where she was trained to be an assasin for Emma Frost against Selene. There, Angelica had romances with both Empath and Cannonball who were in rival teams the Hellions and the New Mutants. Under Empath’s influence, Firestar attacked the X-Men but was taken out by Rogue who absorbed her powers and thought about what a wholesome and good girl Firestar was. Even Professor Xavier offered her a place on the X-Men but she refused. Firestar was destined for the Marvel graveyard until she was recruited by Night Thrasher to found the original New Warriors. She even went on to join the Avengers after that but she never seemed to be central to any storyline. Finally during the Civil War, Firestar quit claiming she couldn’t afford to be Firestar anymore. We say she can’t afford NOT to be Firestar anymore. We miss her and her personality and history with the X-Men would bring so many possibilities with her along for the ride.

Amelia Voght first appeared in the pages of Uncanny X-Men in the 90’s reavealing an important piece of the puzzle to Professor Xavier’s past. Long before Professor Xavier founded the X-Men and shortly after his stint in the Korean War, he lost the use of his legs in a crippling battle with Lucifer. Destitute, the young and newly disabled Charles Xavier found the strength to live on and accept his handicap because of the love of a nurse dedicated to his recovery. Her name was Amelia Voght. Their love affair took them to Westchester County, New York where they exposed themselves as mutants to one another. As Xavier initiated his search for the founding members of what would become the X-Men, Amelia and he clashed over the place of mutants in a society that hates and fears them. While Xavier wanted to create a safe haven for mutants where they could practice their powers openly, Amelia thought that was suicide for their species, aligned only with the idea that mutants should remain alone and underground for their own protection. The relationship came to an abrupt end when Xavier attempted to use his mind control powers in order to force Amelia to remain with him. Decades passed with the two having zero contact but also never really let go of the powerful feelings they had for each other. Finally, Amelia resurfaced as a member of the Acolytes on Asteroid M as a strong woman and powerful mutant in full control of her powers and realized potential. What makes her interesting is her character’s hazy morality. Each time she appears she tricks us into thinking she’s acting against the X-Men when, in actuality, her actions are motivated by a maternal instict to protect them and the man she so ferociously loved when she was younger. Amelia’s status as one of the earliest mutants, one so in control over her powers and experience with them would render her an excellent leader of a team. She could be the Xavier of the new Young X-Men series, a member of the Uncanny X-Men or lead her own team in her own book if the powers that be were so inclined. Whenever she’s on panel, it’s always interesting.