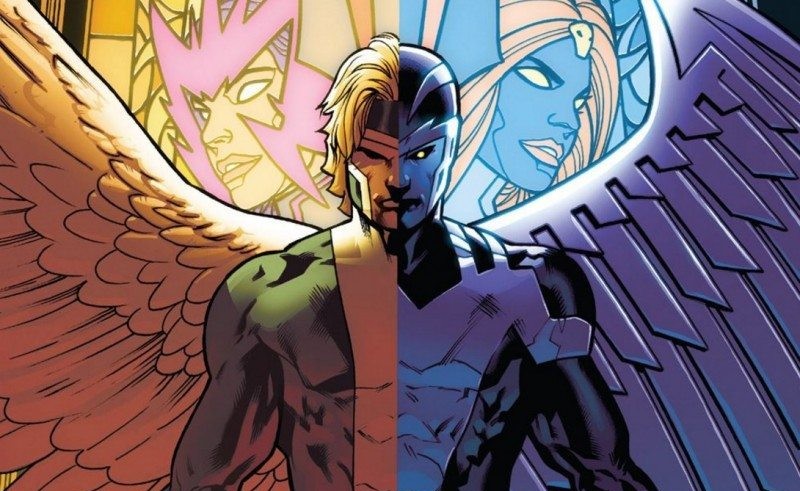 It’s chapter two of the UNCANNY X-MEN tie-in to the Apocalypse Wars event, and we’re slowly uncovering the truth about the marvelous, too-good-to-be-true return of Warren Worthington, a.k.a. Angel! Even though Bunn and Lashley deliver an issue that’s far from perfect and suffers from problems common in Marvel’s recent X-Men material, UNCANNY X-MEN #7 is still worth taking a closer look at.

LISTEN: With X-MEN: APOCALYPSE soon to be released, we did a podcast episode on the 90’s classic Age of Apocalypse event!

During their investigations in the idyllic town Green Ridge, Psylocke and Magneto have found Warren Worthington III—with his wings removed. But something just doesn’t seem to be quite right. Here, UNCANNY X-MEN #7 falls victim to the same issue a lot of recent mutant stories have shared: characters’ motivations or entire story arcs (especially those of antagonists) are too often based around the conflict of mutant survival versus mutant extinction. And in the process, they become murky, repetitive and replaceable. It would almost be a breath of fresh air to read an X-Men story that’s actually about something; one that doesn’t lose its potential to be thought-provoking and heartfelt.

That being said, what saves some of these stories is strong characterization of the main protagonists. In the case of this issue, Bunn’s characters carry a lot of emotional baggage over from, for instance, Rick Remender’s “Dark Angel Saga.” Fortunately, he captures the complexity of Psylocke’s affection to Warren, and their first encounter feels just as surreal, irritating, and confusing as it had to. Bunn also teases at an internal conflict within the team, one that could be one of the biggest selling points for the book if executed appropriately. Additionally, Monet, a character that has been sidelined way too often in previous chapters, finally gets her place in the spotlight as a death streak within the Morlock Community suddenly relates to her on a surprisingly personal level.

The writer’s take on Archangel seems to be centered around him functioning as a symbol—an idealistic one for hope, and an apocalyptic one for destruction. And the issue is full of religious references to him as, for instance, a harbinger of sorts. It’s great to see that the author is putting a lot of effort into fleshing out this aspect of the character. 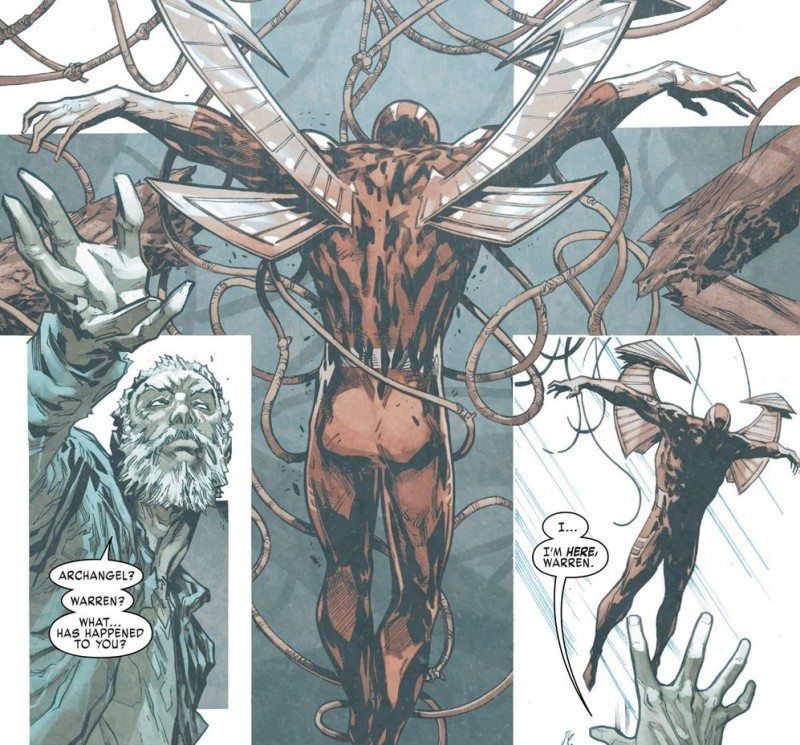 READ: Check out our review of EXTRAORDINARY X-MEN #9, another tie-in to Apocalypse Wars!

Unfortunately, UNCANNY X-MEN #7 is not the prettiest issue to look at. Ken Lashley, who took over from Greg Land, struggles not only with body proportions, but also facial proportions and expressions, and also occasionally with perspective. The flashback sequences are a definite highlight, and the artist manages to stress the religious metaphors Bunn makes use off. Color artist Nolan Woodard visually sets them apart from the rest of the issue with a veil of gray, but he also does a wonderful job at emphasizing the overly idyllic nature of Green Ridge with bright and flashy green and white.

The second chapter of Bunn’s and Lashley’s tie-in to Apocalypse Wars comes off as tiring and not exactly visually staggering at first glance, but it actually has a lot of redeeming qualities if taken a closer look at.