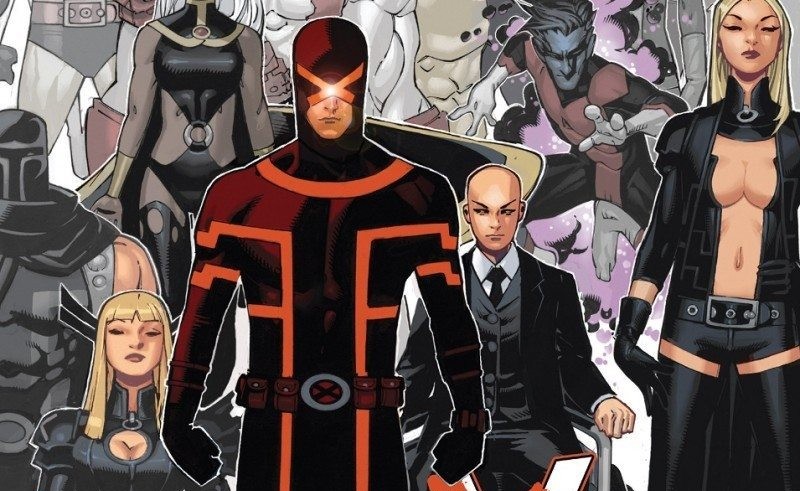 It’s finally there. After six months full of delays and frustration amongst fans, we finally hold in our hands the monumental anniversary issue that is at the same time the finale to the Brian Michael Bendis run on UNCANNY X-MEN and ALL-NEW X-MEN.

The issue is primarily centered around Beast: it kicks off with Hank being called to the Cafeteria by Ororo, where pretty much all of his friends, students and teammates already wait for him – because it’s time for an intervention. Over the course of that intervention, the reader gets to so see several flashback sequences concluding one or another character arc. In the meantime, Scott Summers is planning something special not only for mutantkind, but for the entire world to see…

UNCANNY X-MEN #600 is not action-packed. Not at all. It’s an extremely low-key issue living from its character interactions that ties together what Bendis started years ago in a very elegant way. You’re not going to be blown away, but rather touched by the content of the issue. It feels pretty much like an episode 10 of Game of Thrones: after the shocking events that occurred before, there’s much room for the characters and the various plotlines that ran throughout the season are being concluded – and in the end, there’s a thrilling cliffhanger. 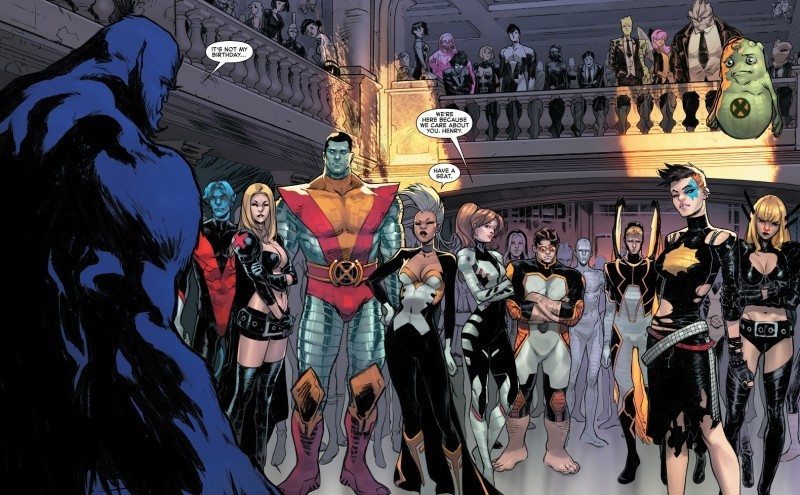 The focus on Beast is something the issue definitely benefits from and it’s appropriate for a conclusion to the story Bendis was telling. If we think back to the strongest issues during the ALL-NEW X-MEN run, we often find them thematizing the desperation of Hank McCoy. After all, the story about how the O5 came to the present is a story about how Hank McCoy tried to solve the mutant’s problems, and, out of desperation, lost control over what he’s doing to time and space. Bendis’ first X-Men arc was about Beast, and so is the closing chapter. It’s no coincidence that the first scene from ALL-NEW X-MEN resembles the first scene in this issue. Bendis knows how to appropriately frame his work.

In general, the issue does a pretty good job at tying together the many different threads from the last few years of X-Men comics. The reunion of Colossus and his ex-girlfriend Kitty and sister Magik is believable and heart-warming. The last scene featuring the All-New X-Men all together is satisfying, and features something I definitely didn’t see coming. But a definite highlight is the coming out dialogue between the two Icemen. While All-New Bobby coming out was definitely a huge surprise, finding out about adult Bobby’s reasons for staying in the closet might bring a tear to your eyes.

READ: What I thought about Iceman coming out of the closet! 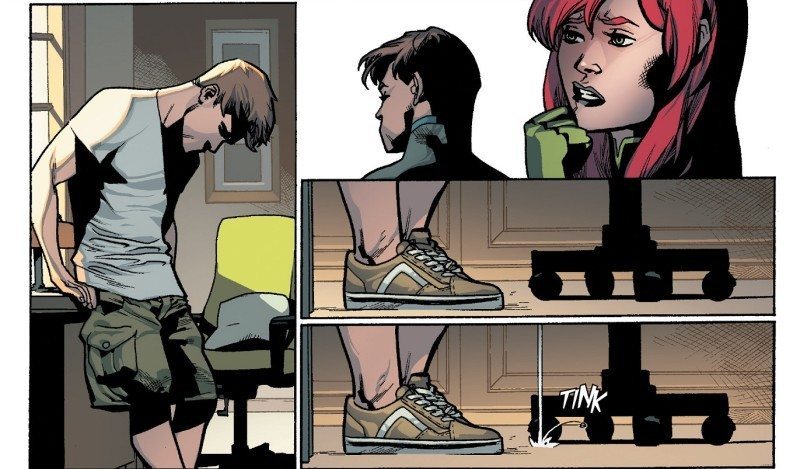 When it comes to the art, Bendis can consider himself lucky to have so many different kinds of artists show back up for this one final issue, each of them assigned to exactly the right scene. The issue is seriously fun to look at and feels like a trip back through the entire Bendis run, especially Mahmud Asrar and Stuart Immonen reminding the reader of what they loved about the series and delivering Bendis’ last few great character moments flawlessly.

And then there is that phenomenal final scene that unites all the mutants once again, delivered by the X-Legend Chris Bachalo that also sort of acts as a conclusion to the character arc of Scott Summers in a very logical and satisfying way. It’s a moment of hope, and, all of a sudden, everything feels in place. 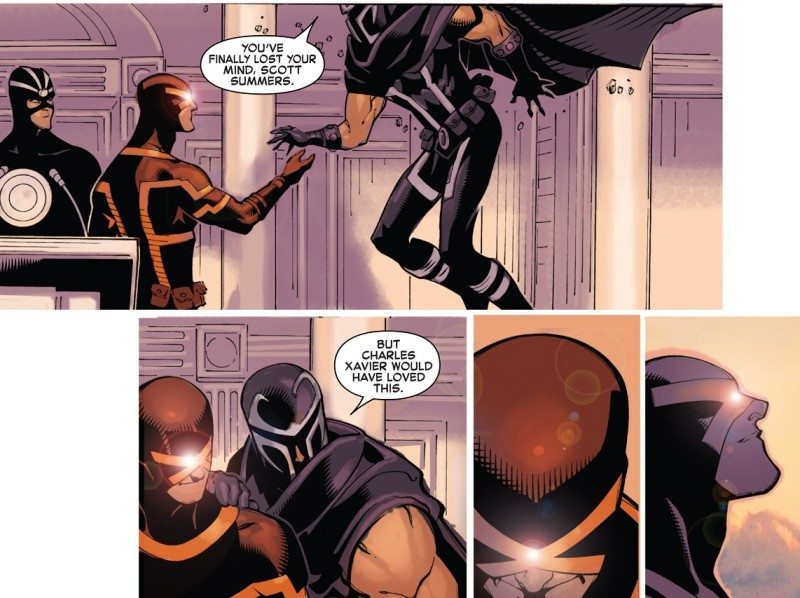 Unfortunately there are a few things Bendis neglects to resolve. After the relationship between Emma and Scott came to an end in UNCANNY X-MEN #32, there hasn’t been much character spotlight for the White Queen, and it doesn’t really feel like her character arc comes to a satisfying conclusion here. Also, the last chapter in the story of Tempus is definitely not old yet, and Bendis leaves us with a pretty thrilling cliffhanger. All I can do is hope we’ll see the australian time-traveler once again.

The final question: was this issue worth the extremely long wait? On the one hand, it’s not spectacular and jaw-dropping enough to justify keeping fans waiting for more than half a year. On the other hand, with UNCANNY X-MEN #600, we have an issue that does what it has to do: finish what Bendis started back in ALL-NEW X-MEN #1, and, after all, leave me… satisfied.

A big thank you to Brian Michael Bendis for almost 3 years of good X-Men comics.