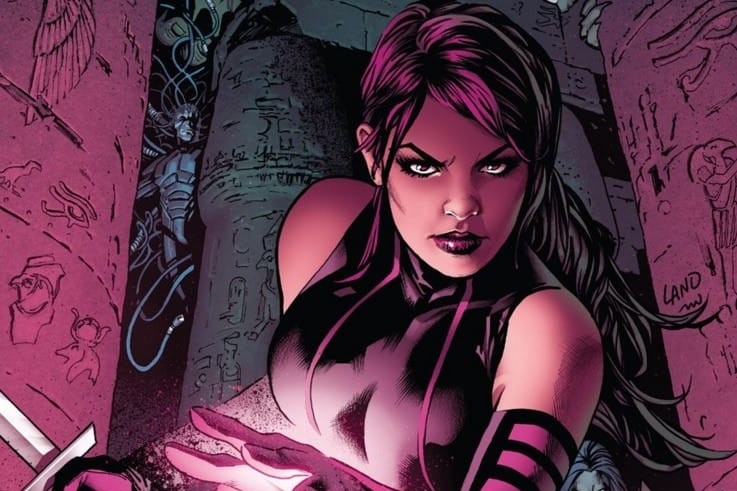 Cullen Bunn and Greg Land are setting the tracks for the finale to their first story arc in UNCANNY X-MEN #4, and although what we get to read is far from a flawless issue, the creative team once again proves that it has the abilities to present to us one of the more promising X-titles on the market.

READ: Here’s what we thought about another X-Title! Check out our review of EXTRAORDINARY X-MEN #7!

The opening scene takes place in the New York Branch of the Hellfire Club, with Fantomex encountering Mystique. To me as a reader, this side plot has a really mysterious vibe to it, and Bunn gives us only the tiniest bits of information about what is going on. He sets up Mystique and Fantomex on a mission together, and it leaves us excited for the next issue to come out. Why do both of them work for the Hellfire Club? What are Someday Enterprises up to? Who does this new Inner Circle consist of? There are a lot of questions unanswered, which leaves readers really eager to find out in the next issue.

As we jump back to Shen Xorn, who we first visited in issue 3, he has to defend himself against the Dark Rider attackers still on the hunt for mutants with healing powers. Apparently, Bunn is trying to broaden the character and makes him more three-dimensional by shifting away from his solely pacifist attitude. It comes as a surprise, his dialogue is written in a clever and witty way, and the character is made interesting enough for the reader not to be deterred by his complicated backstory. The writer has stated in interviews that he still has larger plans for the character, and this is something we can be excited for.

Want to know more about the Xorns? LISTEN to our Podcast about Grant Morrison’s NEW X-MEN! 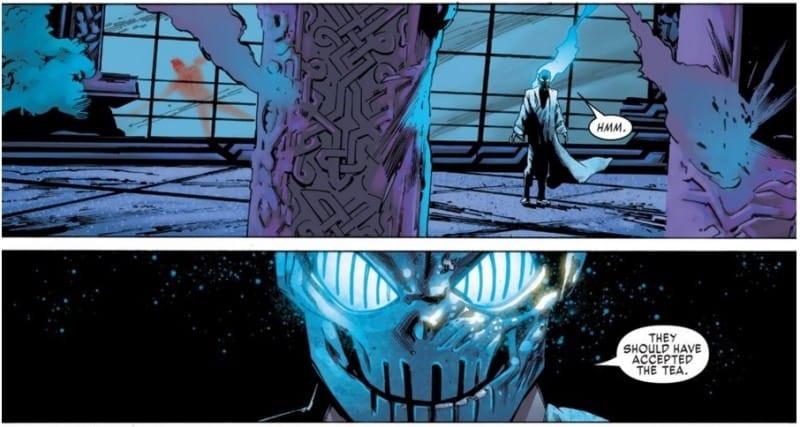 With the conflict between the X-Men and the Dark Riders intensifying, Magneto and Triage stay within the ruins of Genosha while the rest of the team confronts their enemies in Egypt. And while it doesn’t add anything to the characters of Psylocke, Sabretooth or Archangel, the darker side and the anger of Monet are explored within the following fight scenes. Unfortunately, it becomes a lot less believable due to her portrayal in UNCANNY X-MEN #3, in which she didn’t seem to be affected by Elixir’s death at all (which might be due to Greg Land’s in-expressiveness when it comes to facial expressions) – while in this issue, the grief over his death fuels her anger and makes her vulnerable. It makes the book seem really inconsistent about the character of M.

While a comic book drawn by Greg Land will always have its well-known flaws, he still manages to make UNCANNY X-MEN #4, for the most part, visually appealing, with the action sequences being dynamic and flowing naturally from panel to panel. Overall, colorist Nolan Woodard is doing a good job at making the issue gritty and dark enough for its heavy theme, without having it look like the BATMAN V. SUPERMAN trailer, and still being colorful enough for a comic book with the UNCANNY X-MEN label on its cover. Unfortunately, some errors I already pointed out in my review to the previous issue have made it to #4, as well: Psylocke’s skin color being inexplicably dark, which, even giving the lighting conditions, makes no sense.

All things considered, UNCANNY X-MEN #4 is an (at least for Greg Land standards) artistically solid and overall promising comic book that, despite minor inconsistencies in the characterization of Monet, does a good job at leading into the finale of the title’s first story arc.