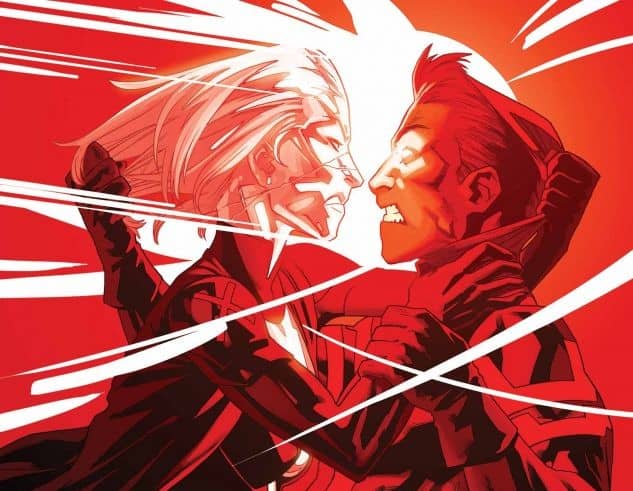 In a strange way, this issue is spotlighted on Goldballs.  This unlikely enough mutant hero goes viral after he takes down a Z-list evil mutant, and next thing you know the heroes are getting invites to TV shows.  Unfortunately, their moment in the sun is kind of dependent on nobody having worked out that they’re mutants.  The moment they’re outed in a matter-of-fact conversation on TV, the prejudice and hatred is back.

I have to be honest that this issue is basically an anti-climax.  The reason is rooted in a Tumblr post on January 23rd, 2015, when Brian Bendis revealed the cover image.  And he included the following comment:

and yes it DOES reflect what is going to happen in the book.

Unfortunately, as long-term readers of Bendis’ UNCANNY X-MEN will know, “The Last Will and Testament of Charles Xavier” over-ran – and, as the gap between the books Bendis was writing and the books he’d solicited grew, cover-art too became less and less relevant.  We’re now at a point where there’s basically no connection between the covers and the books.  So no, that cover does not reflect what happens in the book, and, no, it isn’t on.

Instead of the promised confrontation between Cyclops and Emma Frost, we get an issue centred upon the younger mutants, with Goldballs – a character I confess that I struggle to care for – in centre-stage.  It doesn’t help that even the villain is a one-note character who was a throwaway in “Battle of the Atom”.  Plot-wise, there’s an interesting touch to this issue, as it reminds us that the Marvel Universe’s bigotry toward mutants isn’t exactly logical, in a world where super-heroes are an accepted part of everyday life. 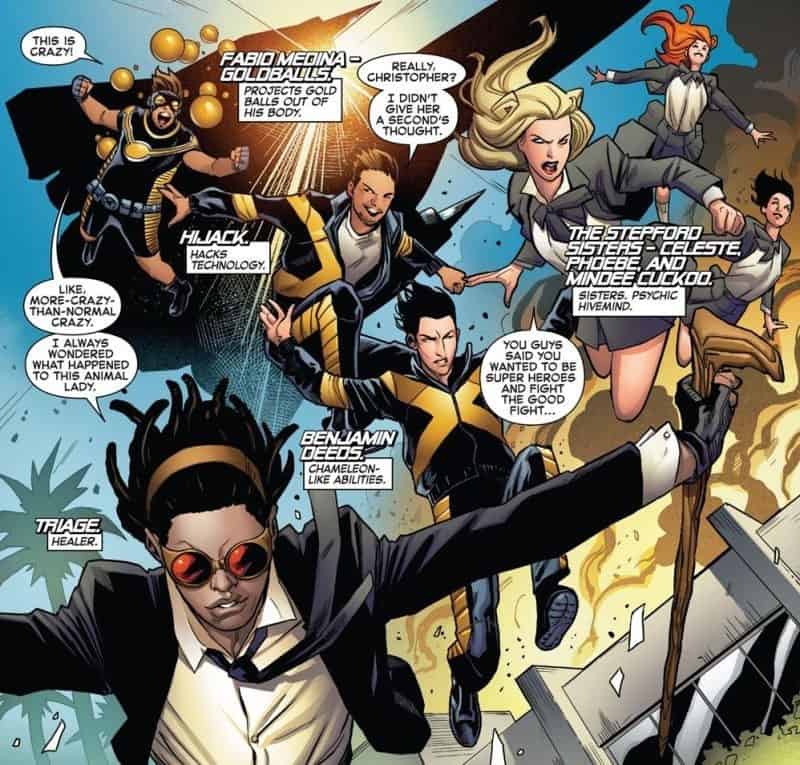 There is one moment of greatness for the Stepford Cuckoos, when they lash out at bigots with their telepathic power.  But because they flinch at the last moment, the book again avoids making any controversial statements, and instead neatly positions the young X-Men for UNCANNY X-MEN #600.

I’m normally a huge fan of Brian Bendis.  Ultimately, though, I’m afraid that this book is a great disappointment.