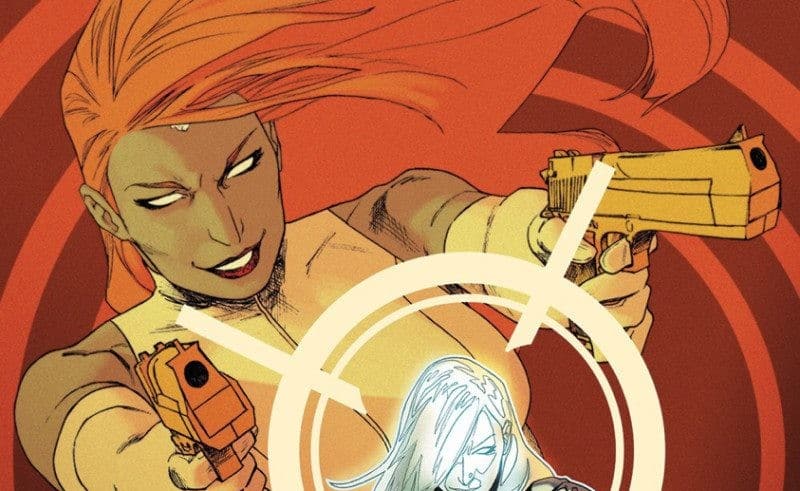 Does Uncanny X-Men #34 manage to add a satisfying chapter to the character arcs of Mystique and Dazzler?

Both Dazzler and Mystique had very interesting character arcs in Brian Michael Bendis’ run on the X-Men. After Dazzler had become the mutant liaison for S.H.I.E.L.D., Mystique decided not only to replace her in order to play SHIELD and the mutant population out against each other, but also to capture her and use her as her source for Mutant Growth Hormone on Madripoor. After Dazzler had been freed by Magneto, she decided to no longer serve as an agent of S.H.I.E.L.D., but instead join the New Xavier School and start seeking revenge on Mystique, who was on the run at that point.

With the New Xavier School closed now, we have seen many of the characters have more time to take care of other problems in their lives. Kitty and Illyana have worked on their friendship, Cyclops has been reunited with his brother Alex, and the logical consequence is that in this issue, we get to see that Dazzler still has a score to settle with Mystique and S.H.I.E.L.D. Will it be a satisfying continuation of the character arc of both females?

The issue starts off with a conversation between Raven and Scott in Delhi about his mutant revolution and her motives. Then, we get to see a conversation in a Helicarrier between Maria Hill and Dazzler that happened one week earlier. And that’s everything I’m going to say about the plot, because I really don’t want to give too much of it away and it includes some really interesting twists. All I’m going to say it that it includes an interesting cliffhanger for Uncanny X-Men #600 (that has been pushed to October, by the way).

As you might have already noticed, the issue is very Mystique-and-Dazzler-centered. Which is good, because they had great arcs thus far, but it also makes me wonder why the cover is so extremely misleading, since Emma doesn’t even appear in this issue. This is a problem Bendis generally has with his covers, because they are made far in advance, and he’s openly admitted that the books have gone in a different direction.

But nevertheless, the way Dazzler is written in this issue is satisfying, since it rounds off her arc pretty good. The way she acts is believable, and the reader understands her views towards S.H.I.E.L.D., Mystique and her former singing career. And, admit it: some of you are just as angry at Mystique as Dazzler is! For those of you who are, this is going to be a great read!

This issue is another one of the Bendis issues telling a short, interesting story with a focus on a limited number of characters on only 22 pages. And I’m a huge fan of these kinds of issues. The last few issues of Uncanny, as well as issue #37 of All-New X-Men were like that, and I found myself enjoying every single one of them. I really love how Bendis takes his time with the characters rather than just advance the plot. Compared to these issues, this one involves more twists and has more things happening in it, especially in the end. Yet, it doesn’t feel overloaded with plot.

I also really liked the art on this one. I generally prefer Kris Anka’s art over that of Chris Bachalo, and for this issue, it’s really appropriate. I really think this artist already proved in The Last Will and Testament that he’s capable of portraying character interactions and emotions in a very good way, so there’s really nothing to criticize about the art in this book.

But there’s one thing that really bugged me about this. In a moment where Bendis totally had the opportunity to explain Mystique’s motives and the reasons she acted the way she did in the entire run, he missed out on that. Which is a pity, because the question was even asked by Scott. I really would have liked to find out more about that because Mystique is, in general, a very interesting character and I would have enjoyed a little bit more depth to her character in this run. 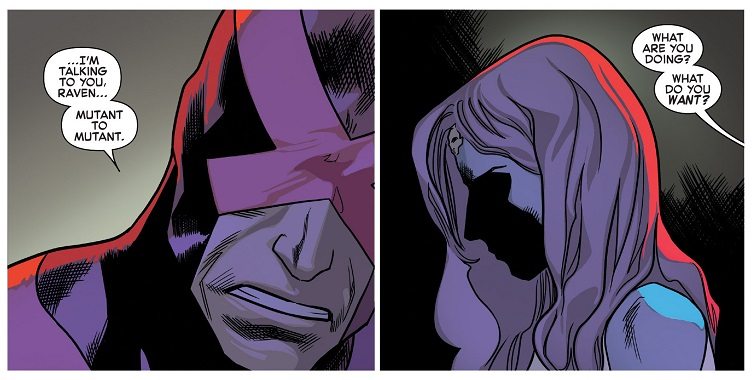 To sum it all up, I can really recommend this issue to everyone who’s a fan of Dazzler or who wants to find out what’s going to go on with her and Mystique in the future. It’s been a fun read. And it really makes me want to read Uncanny X-Men #600 already!