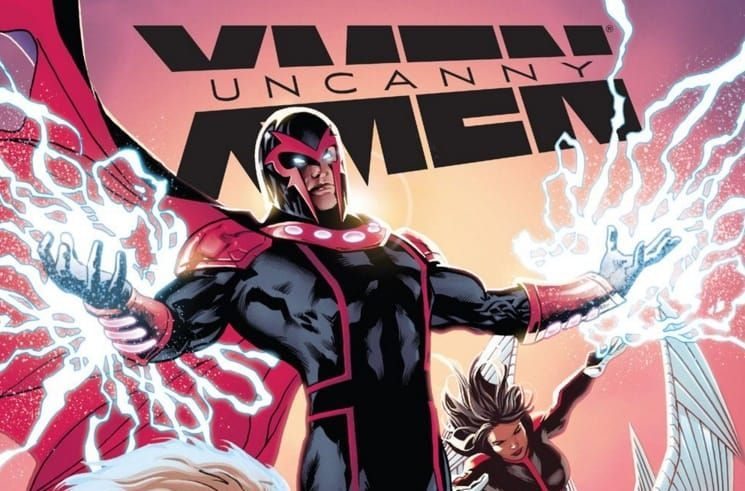 Writer Cullen Bunn and artist Greg Land have accepted the challenge and kicked off the fourth volume of what has been one of the most important Marvel titles for decades. The first issue of their take on UNCANNY X-MEN kicks off with a team consisting of Magneto, Sabretooth, M, Psylocke and Archangel attacking trucks belonging to a company called “Someday Enterprises” – that apparently offers mutants a way to get into suspended animation and wake up in a far future without any Terrigen Mists. Something Magneto is everything but happy about… 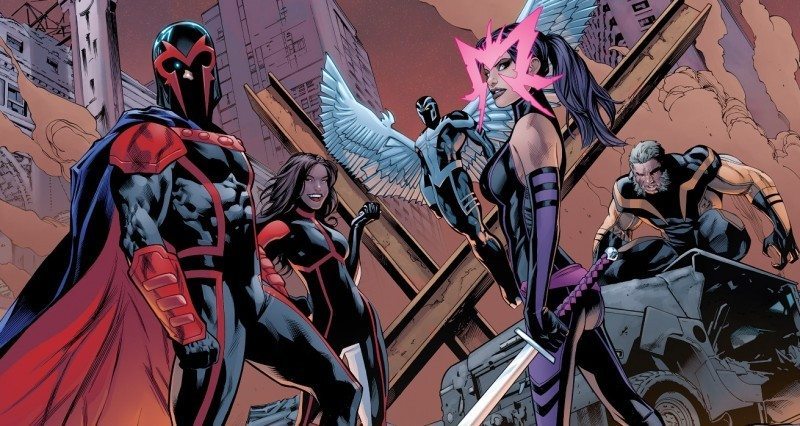 UNCANNY X-MEN #1 is pretty focused on action, not leaving enough space for a ton of plot, but manages to introduce the team’s members one by one and give us an impression of what the dynamics within the team look like. Choosing to have the book’s first battle be about Magneto forcing a bunch of his mutant brothers and sisters to face the horrible world they live in instead of keeping themselves out of the fight and staying in stasis until there’s a better future was a pretty smart idea by Bunn: he manages to showcase just how desperately Magnus wants to unite mutantkind and prepare them for battle – he’s even willing to threaten them. Generally, Bunn manages to continue what he did back in his MAGNETO run and gives us a flawless representation of the character; his arrogance, his questionable ethics, but also his good intentions and his commitment to mutantkind – it’s all there.

Some of the book’s characters we immediately care about. This is not just Magneto either, since the issue contains a very unforeseeable and clever twist related to Archangel that will especially make fans of Remender’s UNCANNY X-FORCE root for and understand the emotions of Psylocke. We understand where she’s coming from and what her motivations are. Unfortunately, I can say the same about neither M nor Sabretooth. Victor Creed, apparently still inverted after the events of AXIS, has joined the good side of the force, but I want to know more about the character and his motivations beyond “he’s a good guy now.” And when it comes to Monet, she just feels a little out of place. Why did she join this specific team? What’s on her mind, why is she the only person having fun during this dark era for mutantkind? Given the fact that even more members are going to be introduced in the following issues, these questions should have been answered already. 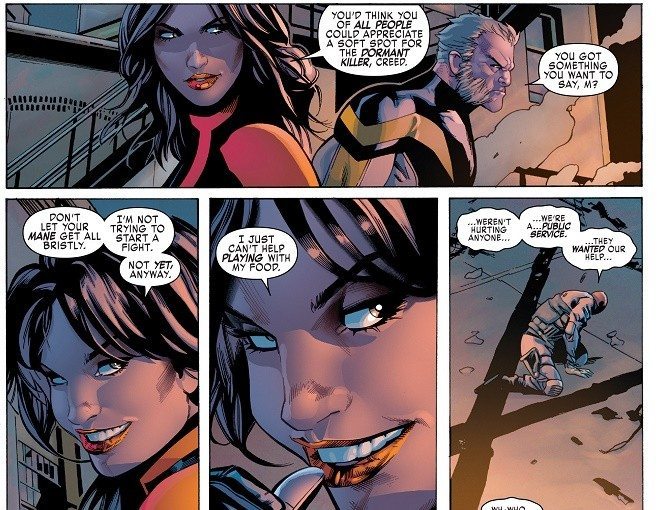 Let’s talk about the art. Superficially, what Greg Land has fabricated might once again look fairly realistic and enjoyable, but as we take a closer look, we realize the problems each Greg Land issue faces that have been bothering fans for years: it’s hard to feel with the characters when their facial expressions are not believable and obviously traced. Most of the faces we see in this issue are the typical, infamous Greg Land faces we’ve seen in numerous of his books. Everything in UNCANNY X-MEN #1 feels artificial and sterile, and it’s just hard to read or to take seriously for anyone who’s read a Greg Land book before.

At least the artist manages to convey the book’s extremely dark tonality. Just as many fans suggested, the book has a really X-Force-esque vibe to it; it’s extremely comparable to the modern takes, including characters like Wolverine. This is not your typical team of Uncanny X-Men, these are characters that have little to lose and much to fight for, even if it might get a little dirtier and morally questionable, all of which makes sense given the scenario. I’m glad this title exists to cast light on a totally different side of mutantkind’s struggle for survival. That being said, since there are numerous flaws to this first issue, I as a reader just don’t feel as thrilled for this team as I do for Storm’s EXTRAORDINARY or the time-displaced ALL-NEW teams of X-Men.

After all, UNCANNY X-MEN #1 is a pretty dark opening issue that puts forward a lot of interesting ideas and lets the reader root for at least some of its characters – and with a different artist, it would have been a definite highlight…