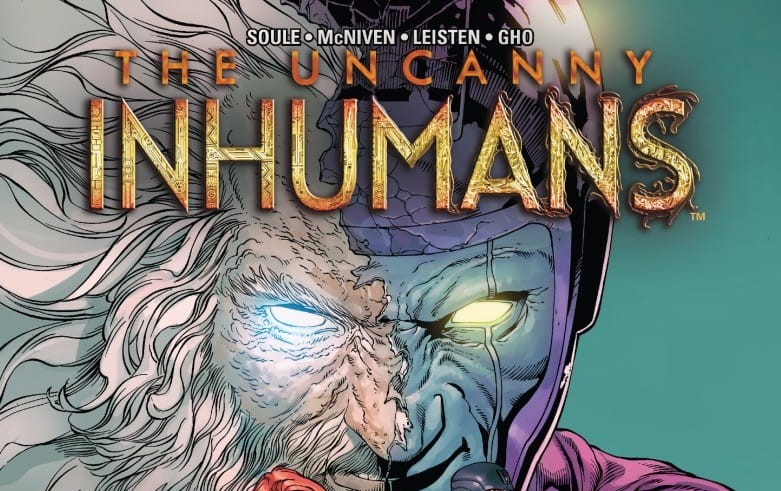 Black Bolt’s mission to retrieve his son from Kang the Conqueror ends here!

Previously, while facing the impending Doom, Black Bolt struck a deal with Kang the Conqueror to take his and Medusa’s son, Ahura, to the past to spare him from the end of the world. (Marvel’s SECRET WARS). In exchange, Kang is given ownership over Ahura, who he uses in an attempt destroy the Inhuman race. As a result, Black Bolt is forced to end his son’s life. 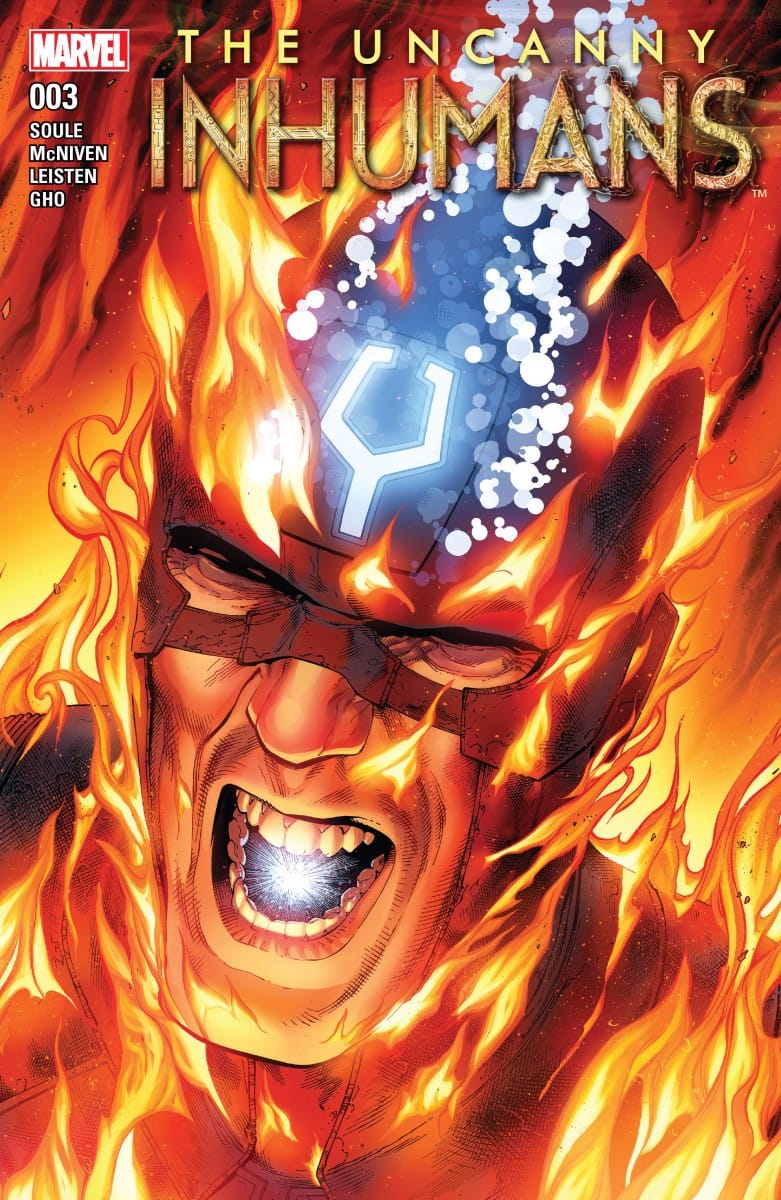 In UNCANNY INUMANS #4, we see Kang time travel to bring Ahura to the Attilan of old. There, Kang goes to the Inhuman king (and Terrigen scientist), Randac, to train and teach Ahura once he hatches with his Inhuman powers. Black Bolt and company then arrive to get Ahura back from Kang’s grasp. 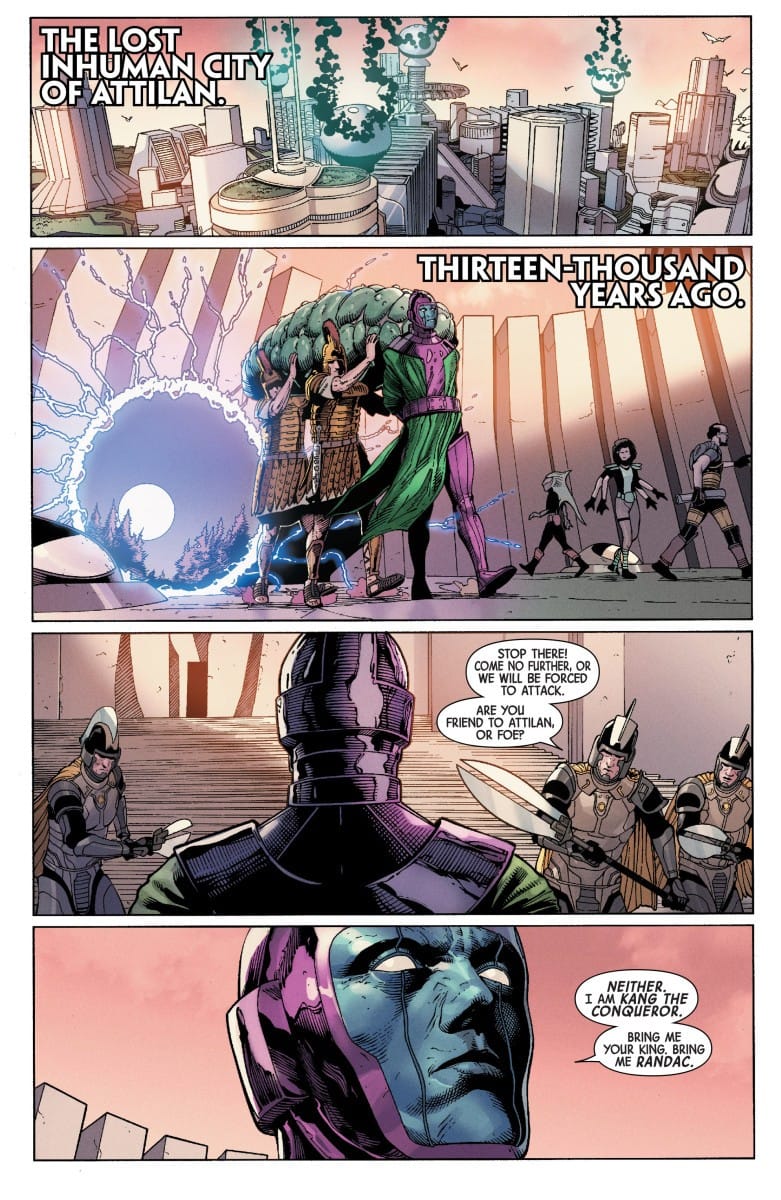 The highlight of the story is the theme of innocence—Ahura’s youthful innocence. Kang can manipulate him due to his innocence, and Black Bolt chooses the moment Ahura hatches because he has yet to be corrupted by Kang. Moreover, Medusa is able to disturb Ahura by showing him his future. She does this in order to convince him to return with her, due to the fact that he is still innocent. Most importantly, Black Bolt cannot kill him while held by Kang as a child, since Ahura has yet to perform Inhuman genocide as an adult. However, Ahura is not so innocent by the end of the issue and may not be going forward. 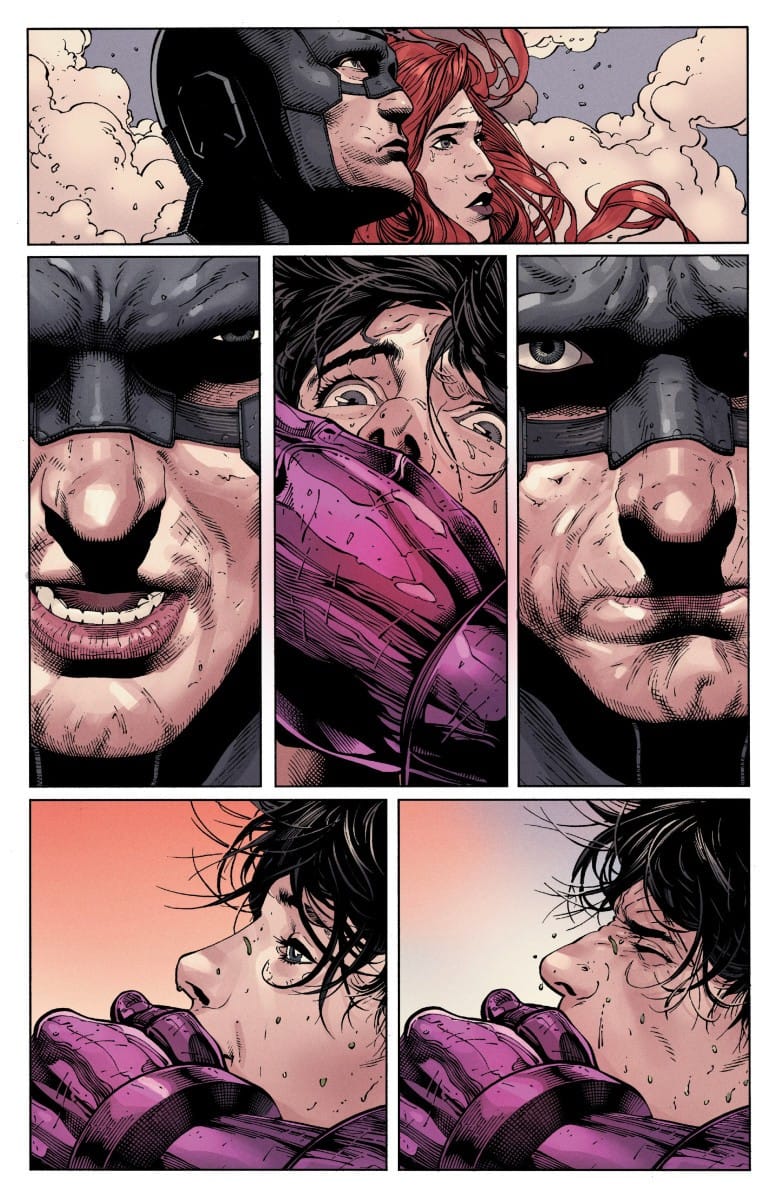 The art is perfectly executed. Steve McNiven puts a great amount of detail into the panels. We are shown the little details of wrinkles and imperfections on the faces and clothing of the characters. The detail really adds to the narrative, since there are several instances of non-verbal communication between the characters. This is more so important for Black Bolt because he is a voluntary mute. Not only do we see his emotions and thoughts through his face, but the other characters who interact with him need to see it as well. This allows us as readers to believe that the characters can understand Black Bolt.

READ: Go back to the beginning with our review of UNCANNY INHUMANS #0!

This issue was a great way to end the story arc with Kang the Conqueror. It may not have had much action, but the story to retrieve Ahura was concise and well structured, even with the several time traveling events. The final moment of the issue was a happy one, but it will be interesting to see how stable the royal family will be after knowing about Medusa’s relationship with Johnny Storm and what Ahura is capable of. I, for one, cannot wait for the future of the Inhumans in the next issue!