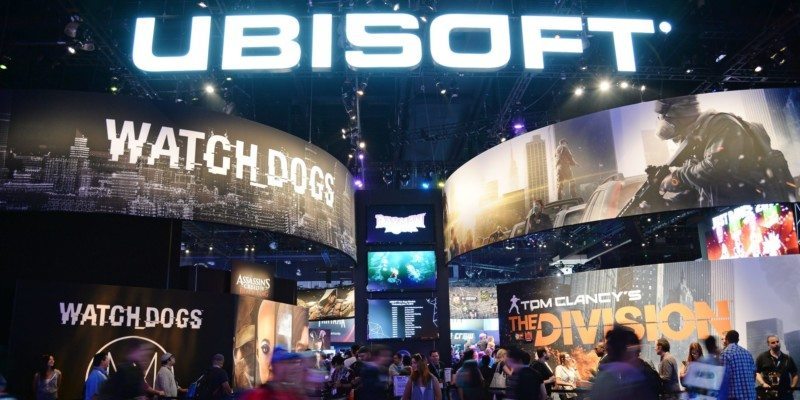 It’s a pejorative term you may have seen on Reddit or YouTube describing the predictable nature of Ubisoft’s open world games. For those who don’t know, Ubisoft is a Canadian gaming company famous for franchises like RAYMAN, FAR CRY, and ASSASSIN’S CREED. But, over the past few years, their games have become homogenized, bound by a few key elements that have been infamously dubbed “the Ubisoft formula.”

The goal here is to give the player the sense that the world is alive and to make sure they never run out of things to do. Sounds good on paper, right?

Well, the reality is far different.

Ubisoft’s open world games have been criticized for being repetitive, mechanical, and shallow. While each game has reviewed generally well, there’s a growing of sense of fatigue among the gaming community as Ubisoft’s titles become less innovative and more predictable. Each subsequent game has a bit less personality, a bit less flavor, a bit less “fun.” Hell, they even managed to make a game about prehistoric cavemen feel generic and unoriginal.

So what’s wrong with the Ubisoft formula? What’s right with it? When does it work, and when does it fail? How do we fix it?

It Feels Mechanical Rather Than Organic

The term “gamey” gets thrown around a lot. It’s a vague term describing the aspects of a game that take you out of the experience that feel too organized and too mechanical in nature. This is the Ubisoft formula in a nutshell. Just look at the map in any of their games and you’ll be assaulted with a barrage of icons, telling you to “go here” and “do this.” In theory, having a ton of activities can increase the longevity of your game, making the world feel dense and full of life. But there’s a thin line between creating activities that breathe life into the world, and creating a checklist of chores constantly bombarding the player with repetitive tasks.

An open world needs to feel organic, natural, and lifelike for players to connect with it. When you’re overwhelmed with tutorials, checklists, and pre-set activities, your immersion is constantly under assault.  One of the cardinal sins of gaming is to make the player feel like the world revolves around them. It’s one thing to make the player feel important and powerful, but any sort of emotional connection is lost if the player feels like the world exists solely for them. Suddenly, you’re reminded that you’re playing a game, that none of this is really happening, and that every mission is a theme park ride created for your trivial amusement. The illusion is broken and you’re left with a game that feels lifeless and sterile.

READ: Why the hell do people like TIM AND ERIC? Well, let’s take a look!

Games like FALLOUT: NEW VEGAS make it clear from the beginning that the world exists without the player’s input. Settlements teem with life, caravans traverse the wasteland, tribes and political factions war with each other. Sure, the outcome of these interactions is often dictated by the player, but they don’t feel like static, developer-dictated experiences. Rather, you feel like you’re interacting with a living world. As a result, each activity feels more like an adventure and less like a chore. Ubisoft’s games feel manufactured, like they were designed in a boardroom and produced on an assembly line. You can’t expect the player to feel emotionally engaged if the developers aren’t.

A Lack of Mystery

Plenty of games feature a variety of pre-set tasks spread across an open world. So, why don’t we complain about them as well?

Because the tasks aren’t spoon-fed to us.

The problem with Ubisoft games is that we’re given too much information. The map shows you every point of interest. Characters constantly remind you what you should be doing. There’s few secrets or surprises in the world because we already know what to expect. When you play a game like WORLD OF WARCRAFT, or THE WITCHER 3, you only have a vague idea of what’s out there until you find it. When you look on the map, there are far fewer icons, and those that exist are much more vague, rarely telling you exactly what you’ll find when you reach them. On top of that, many points of interest don’t show up on the map at all, giving the world a sense of grandeur, and giving the player an incentive to explore. These games have something the Ubisoft formula lacks: a sense of mystery.

Instead of feeling bombarded with information, we feel like we’re living in a huge, mysterious world. Players shouldn’t know what’s in store for them. They should be filled with wonder, excitement, and even a bit of confusion as they experience a world filled to the brim with possibilities.

All of this is lost when everything is mapped out for you. The world becomes a set of pre-determined corridors. Going “0ff the beaten path” feels useless because you already know where everything is. There’s no sense of surprise or discovery, no sense of adventure or wonder as your hand is held from one point of the map to another. The entire purpose of an open environment is lost if the player has no incentive to explore it.

READ: Marvel or DC? Who the hell cares? Let’s find out!

A game-world that retains its mystery can engage the player for months, if not years. Ideally, you want a world so packed with details and secrets that by the time the player discovers them all, they’ve forgotten about half of them, creating a perpetual sense of discovery. That may be a tall order, but it’s something every open world game should strive for.

A Lack of Compelling Context

This is what it all comes down to. We could forgive all the flaws of the Ubisoft formula if we had any sort of emotional connection to the gameplay.

Because when you really break it down, a video game is a simple input, output process. All we’re doing is pressing buttons, making light move on a screen. Most video game tasks are a variation of “fetch this” or “punch this” or “go here.” What matters is the context that surrounds these chores: the environments that draw us in, the characters we care about, the satisfying gameplay. Like any form of media, a game has to simulate an experience. This is where the Ubisoft formula fails.

We need some form of connection to the world we’re in. It doesn’t have to be a compelling story or a deep mythos, but we need something to make these tasks feel significant and satisfying. The gameplay needs variety, every task should feel like its own adventure, and we need a sense of exploration with an environment full of secrets and intrigue.

READ: Is POKEMON: GO good for your mental health? Let’s take a look!

Take a game like MARIO 64. There’s really only one activity in this game: go find the stars. But the collect-athon is a means, not an end. The stars give us an excuse to explore the world, to experiment with the gameplay. Their only purpose is to let us unlock more levels, to go deeper into the world, and find new locations. There’s a positive feedback loop behind this one basic activity. The gameplay, environment, and story all feed into each other through these simple stars.

What Ubisoft doesn’t understand is that activities alone don’t make a game fun—it’s the context that surrounds them.

What’s most infuriating about the Ubisoft formula is that it’s not inherently bad. The idea of a free-form open world game densely packed with content is something many developers strive to achieve. To be dropped into a strange world with a thick atmosphere, to experiment with satisfying gameplay while engaging with humorous characters: it seems like the perfect game on paper.

READ: How does HOMESTUCK break the rules of storytelling?

The problem isn’t the formula itself, but Ubisoft’s refusal to update and improve upon it. While games like the WITCHER 3 have taken open world games to new heights, proving that you can have an open-ended game, a detailed atmosphere, and a compelling story, Ubisoft seems content to do the same thing with every release. Instead of innovating, they’ve iterated, and players are getting sick of it. None of the problems I’ve listed are game-breaking in and of themselves, but we’ve played the same game so many times that the flaws have become obvious. Stagnation is the death knell of any industry. Even a good idea will fail if it doesn’t doesn’t improve overtime. The Ubisoft formula was a good idea in 2007. It could only go downhill from there.

I have fond memories of ASSASSIN’S CREED and FAR CRY, and I have high hopes for upcoming games like WATCH DOGS 2, but Ubisoft can only make the same game so many times before we stop buying it.