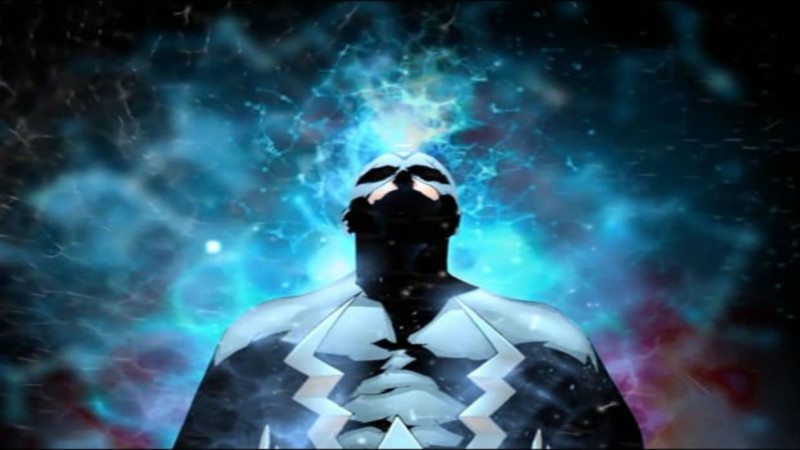 With Marvel’s television branch consistently cranking out new television show announcements, more and more stars are announcing their interest for certain character roles. The latest in this trend is with former WWE pro wrestler Cody Rhodes, or Stardust.

Rhodes considers himself to be a rising Hollywood star, as evidenced from his work on ARROW. While on the show earlier this year, Rhodes appeared alongside ARROW star Stephen Amell as a villain in Season 5, Episode 3 entitled, “A Matter of Trust”. On the show, he played a drug dealer named Garret Runnels who served as the first challenge for the new Arrow team. Although Rhodes is more a fan of the DC Universe, he’s also a big fan of Marvel’s Inhumans, particularly the Inhuman leader, Black Bolt.

Black Bolt has an interesting backstory to say the least. Blackagar is the son of two of Attilan’s top geneticists, Rynda, and Agon, the one in charge of the Council of Genetics. When he was exposed to the Terrigen Mist (the mutagen that gives Inhumans powers), Black Bolt was born with odd powers stronger than normal Inhumans’. He lived in seclusion until he was nineteen and was able to control  his powers.

When interviewed (Bleeding Cool), Rhodes referred to Black Bolt, the Inhumans’ leader as “one of the best characters in all comics. The idea that a simple, spoken word could blow a room up is just… I dig everything that is Black Bolt.” He then continued after being asked about his interest in playing Black Bolt for the new INHUMANS IMAX/television series venture: “I will fully disclose that I have been actively pursuing a couple of roles, that being one,” Rhodes said when asked if ABC knew he was available. “I now have uprooted, moved to LA, to look into acting more, especially after the ARROW episode. So that would mean the world to me if that were to happen. And we’re actively looking into it. I’m all about it.”

Based on Cody Rhodes’s comments above, he is certainly a big fan of the character Black Bolt, going so far as to mention his active pursuit of the role in order to play the character. Rhodes should know that announcing interest in a particular role can be a double-edged sword. Many fans will be for and against the casting of an actor or actress for a role once they announce their interest, similarly to Lin-Manuel Miranda as Carnage in Spider-Man. Also, many actors/actresses have transitioned from wrestling to acting and of course some have been fruitful in their endeavors (John Cena, The Rock), while others aren’t as lucky (Rhonda Rousey). Hopefully for his sake the public is all for his portrayal of the character, even if he doesn’t need to say a word for the role.

With that said, Rhodes (or anyone) could seemingly portray an accurate Black Bolt, as it’s much easier to just act with the body without the use of talking. However, depending on how the show creators want to adapt the character, some speaking may be involved in the form of telepathy or even sound effects. With that said, Rhodes seems like an alright choice for the role. Despite his short list of acting credits, he was in wrestling for a number of years where every match is a performance. So in the end, he may be overqualified. Who knows? Maybe one of his signature moves will make it into the show. Anyways, the INHUMANS show will premiere its first two episodes in IMAX theaters before moving to primetime television as a series on ABC. The show premieres on Tuesday, September 26, 2017.