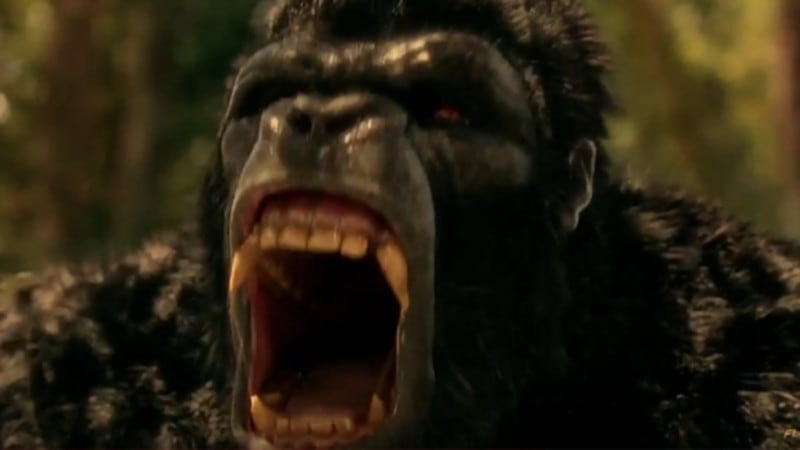 It’s not that much of a stretch to say that THE FLASH is currently the strongest show in the Arrowverse. ARROW lost its luster after the fourth season, and DC’s LEGENDS OF TOMMORROW has found its niche being the funny third show (SUPERGIRL is off doing it’s own thing). That leaves The Flash holding the torch as the universe’s flagship show, and unfortunately this week’s episode, titled ATTACK ON CENTRAL CITY, didn’t pick up it’s weight. Anyone who was paying attention last week knew this episode was coming, but that doesn’t mean the episode had to be as blah as it turned out to be. Which is a shame, as the story had potential. Having an army of telepathic gorilla’s waiting for the opportunity to come over from another earth and unleash hell on an unsuspecting population on its surface is a scary proposition. However, the execution and presentation of said story weren’t up to snuff to what THE FLASH usually presents its audience with. 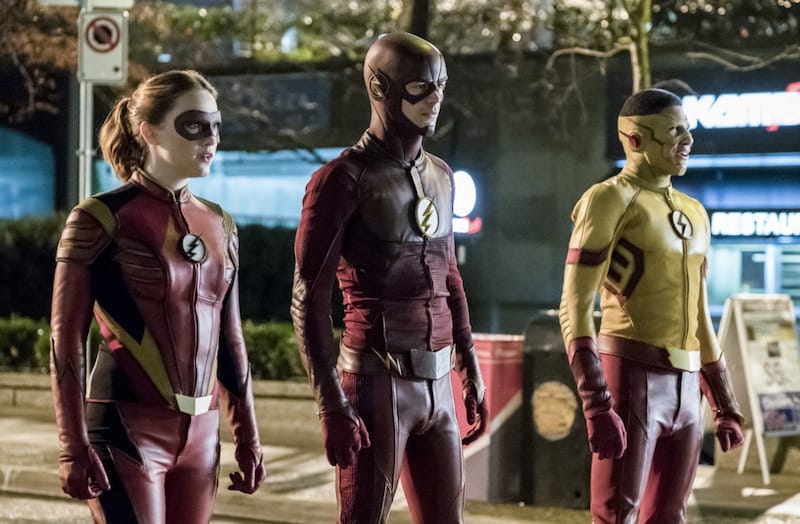 Just to get this out of the way, this is the second time this season an Arrowverse show has been way off with timing of holiday episodes. Yes, Valentines Day and the theme of love played a part in this episode with Barry proposing to Iris and Jesse moving to Earth One. However, if you’re going to have a holiday episode, make sure it’s at least within a week of the actual holiday. Legends Of Tomorrow was almost a month late with their Christmas Episode as well. What is with this timing?

Getting back to THE FLASH, the pace of ATTACK ON CENTRAL CITY was way off. The show could have gone one of two ways on the assault that Grodd and his army were planning. They could have had the gorillas attack almost as soon as they got there, which would have made a fair amount of sense considering the episode was titled “ATTACK ON CENTRAL CITY,” they also could have waited until the last moment, amping up the anticipation and delivering a satisfying payoff. Since the show chose the latter, they had to fill this hour with common side stories and plots. Seeing as though the side stories weren’t really engaging (more on that later), the episode felt as though it was hanging on this attack, which was incredibly underwhelming itself. Because of this, ATTACK ON CENTRAL CITY fell flat. It made sense to have Solovar come back and challenge Grodd for control of his army. However, with maybe a minute of actual fighting between the speedsters and the gorilla’s themselves there wasn’t much of a feel that Solovar’s presence actually saved Barry, Wally or Jesse.

READ: Want to read about The Most Recent Flash Comic? Click Here!

To rewind just a bit, a lot of the scenes leading up to the actual battle seemed either annoying, unrealistic or unnecessary. First, touching on the annoying, Did Doctor Wells really have to be that rude to H.R.? Does H.R.’s presence on Earth One really offend Dr. Wells that much that he has to purposefully go out of his way to be not just rude, but mean as well? There can be a case made that Dr. Wells sees H.R. as some type of embarrassment as they the same person from different dimensions, but the whole overly mean aspect the Doctor took just felt forced and out of place. What kind of grown man spits in another guy’s coffee?

Then there was the whole Barry disarming the nukes scene, which felt widely out of place for The Flash. Isn’t this guy supposed to be the fastest man alive? Maybe I’ve read too many comics, but having The Flash brute force hack a nuclear arsenal in half a minute doesn’t seem like too much of a challenge. Additionally, the whole premise of the nuclear weapons angle was that Central City had something like six missiles aimed at it. Considering the major story arc of the season is stopping Savitar from killing Iris, the chances of her and the rest of the team being incinerated were pretty small and left the whole scene feeling lackluster and without tension. 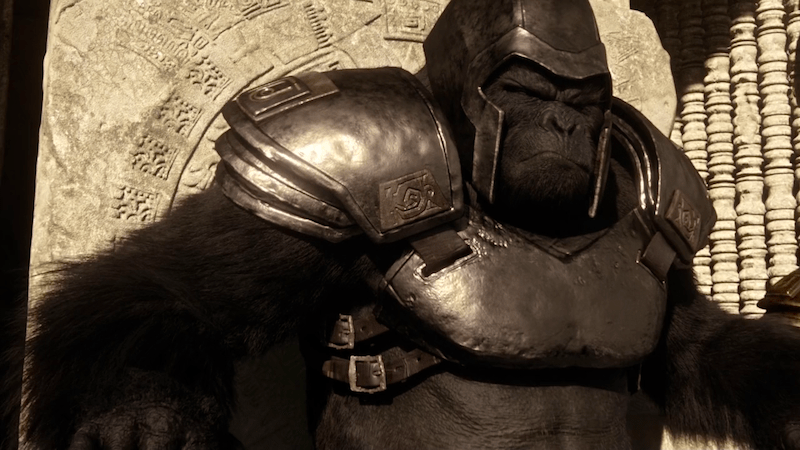 Lastly, there were the unnecessary scenes in which Cisco was trying to get Gypsy to help with their gorilla problem. At the time of viewing, it didn’t, seem like there was much of an issue with the whole idea. However, with her (or Cisco) for that matter not even fighting the Gorillas, it seemed as they were simply not needed. Cisco could have just brought Solovar to Earth One himself. Of course, it makes sense in the context of Cisco and Gyspy building their personal relationship. But to have Cisco travel to other worlds in order to enlist Gyspy’s help when he really didn’t need it reminded me of that scheme Lindsay Lohan’s character in MEAN GIRLS thinks up to ask the guy she likes to tutor her in math when she really doesn’t need it.

Overall, ATTACK ON CENTRAL CITY was a bit blah. Sure you’re going to get episodes like this that don’t advance the main plot of the seasons overall arc, but at least make them entertaining. The one part that did entertain me was Grodd having Joe shoot himself in the head. For The Flash, that’s really dark. And while it wasn’t until the very end of the episode, the scene in which when Wally saw Savitar definitely made me perk up a bit. It shows that he is getting much faster as the series goes on. Although at this point we are left to speculate as to what this means for the next episode, as the scenes from next week were cut off by the president’s State of Union address (which was phenomenal, fantastic, you’ve never heard such an amazing address). So hopefully the show will bounce back next week.