In episode 10 of the third season of CW’S THE FLASH, our hero struggles to apprehend the villain Plunder. However, this is not because the villain was too much for the Flash to handle. On the contrary, the Flash knew from his trip to the future in the midseason finale that he would take down Plunder. This is not to say that he was not a formidable opponent for the Scarlet Speedster. Using a wide array of weapons, he gave the Flash and Kid Flash a run for their money (pun intended). But the Plunder seen on the show has some significant differences from his comic book counterpart. In this article, the similarities and differences between the comic and show version of Plunder will be explored.

Before exploring the character of Plunder, first, we have to explain his alter ego from the comics. He is first introduced in THE FLASH #171 as Jared Morillo, a Keystone City Police Detective. Here is where things get interesting, in the comics the Plunder version of Morillo comes from a mirror universe. A mirror universe is basically a backward world where the speed force does not exist and several characters who are good in the prime universe are evil in that one. One of these characters is Morillo, who in the mirror universe is not a Police Detective, but a bounty hunter and an assassin!

READ: Do you love the Rogues? If so, then you’re going to love our review of THE FLASH #15

Obviously, the show did not involve this mirror universe or establish Morillo as a Detective prior to introducing him as Plunder. Instead, Plunder is just a thief who has robbed a series of jewelry stores from Star City to Central City. A rather mundane origin when you consider how fascinating the existence of a mirror universe would be on THE FLASH.

In the comics, Plunder has worn a semi-long dark blue jacket with silver shoulder pads and calf high military style boots. In other stories, he has worn a similar outfit to the one below, but his tactical outfit is gold and his jacket is gray instead. The most recognizable outfit of Plunder’s is the one seen below. Here, he has a silver mask that covers his whole face with a light blue visor above his eyes. He also wears silver gauntlets and a dark gold utility belt with two hand-held weapons by his side.

The most drastic change between Plunder in the show and his comics counterpart in terms of appearance would have to be the eye-patch. Unlike the DC villain Deadshot, the eye-patch seems to serve no purpose other than covering his eye. Another difference would be the absence of a mask. In the show, Plunder’s entire face is visible and he has a slight five o’clock shadow. Also, his hair is slicked back like a wealthy stockbroker. The rest of Plunder’s outfit is all black leather with various weapons and gear on his entire body. One similarity the Plunder from the show shares with his comic book counterpart is the gun strap across his chest. 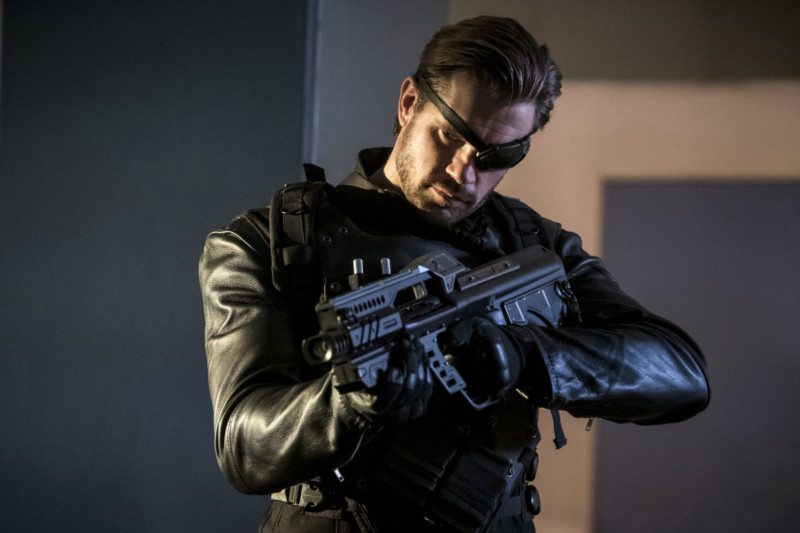 In the comics, Plunder is an excellent marksman and weapons master. He has such impeccable aim that he was able to shoot Mirror Master’s mirror gun out of his hand while on top of a high platform. As mentioned previously, Plunder wields two handguns. However, his sniper rifle is what he’s most fond of using in combat. He also carries a series of explosives and lasers to disorient his opponents before he goes in for the kill. Plunder is also an expert hand-to-hand combatant, able to go a few rounds against a weakened Wally West.

READ: What’s on the horizon for THE FLASH? Check out our thoughts on the rest of Season 3!

The show decided to amp up Plunder’s arsenal seeing as he had to go up against two speedsters. Like his comic book counterpart, Plunder carries various explosives that serve to disorient and slow down the speedsters. However, his weapons are far more advanced in the show. One of his guns uses heat seeking bullets that chase after the Flash once they’re fired. Plunder on the show also used a motorcycle which was fast enough to get ahead of the Flash and Kid Flash. Although it is worth noting that he used a force field and various explosions to slow them down. 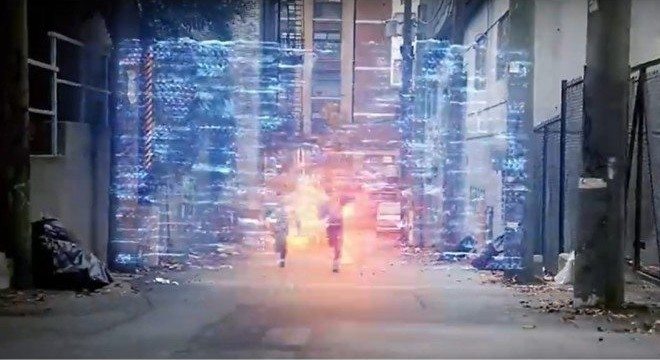 Finally, there’s his sonic boom gun. Plunder used it to shatter the glass container to steal jewelry and on the Flash when he was attacked by him. It is never explained in the episode how he came to acquire this futuristic tech. Iris even remarked in the episode that his gear came from the future, yet no one seemed at all interested in this fact.

In the end, Plunder was actually a pretty formidable opponent for a one-off villain. It was disappointing to see the show just ignore his fascinating backstory. For the most part, the changes made to the character elevated his status from an expert assassin to a full-fledged villain of the Flash. It’s always enjoyable to see how the writers of THE FLASH give updated versions of lesser-known villains in the DC universe. This trend will continue in the next episode with the introduction of the character Gypsy. Be sure to leave your comments on Plunder’s updated version for the show or your thoughts on Gypsy’s role in the following episode.

THE FLASH airs Tuesdays at 8 PM on The CW!