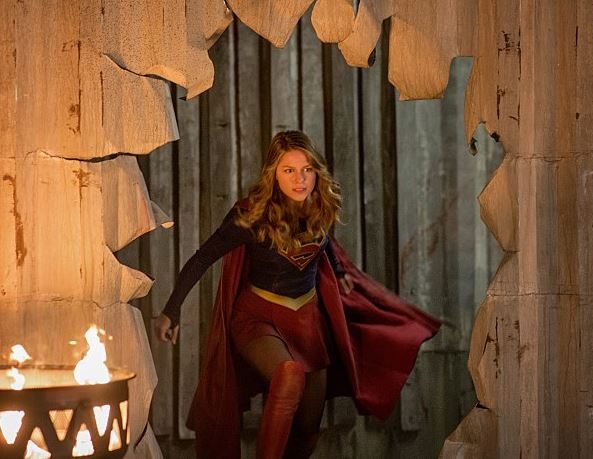 This week’s fourth episode of SUPERGIRL, Survivor, continues in a positive trajectory for the season. It sorely needed more work in the special effects department, but other than that, a strong topic emanated from this episode: immigration of aliens. It may seem to some, or perhaps it’s just me, that the writers are using this platform to address the issues of illegal aliens due to the crisis in the Middle East. Middle Easterners, many from Syria, have had to emigrate from their homes and take refuge in neighboring countries. In many instances these people are violently forced to turn around. In this case, it’s aliens from outer space taking refuge on planet Earth because of either the destruction of their world or of intergalactic war, and they are treated as less than animals.

Survivor marks the first episode to showcase multiple aliens of different races visually in one setting. I am aware the episode prior had a bar harboring aliens, but most weren’t fully revealed. It’s important to notice the significance of it, even though it may be small. What came to mind was the sixth season of the 2003 television series, TEENAGE MUTANT NINJA TURTLES. Within the sixth season, aliens and humans lived amongst one another, synonymously dubbing them as “Earthlings.” Another series to also illustrate that way of life was 2006’s LEGION OF SUPER HEROES, where a scrawny Clark Kent has to travel into the future and embrace his fated role as Superman. In other words, as nations of our human neighbors, shouldn’t we accept them in their time of need? Living together because we as a people value life? 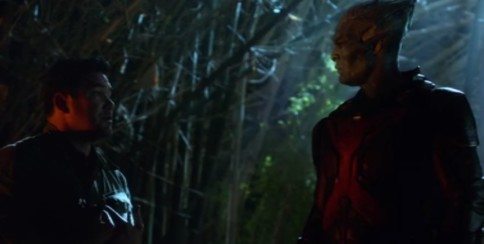 We’ve seen alien prejudice in the prior season, specifically with Hank Henshaw/J’onn J’onzz (David Harewood), a refugee. When he was revealed to be the last green Martian from Mars, he was considered a threat. Yes, one of the reasons he was considered a threat was because he had infiltrated the DEO, but even though he’s done a lot of good for the country, he was still a minority. Fast forward to this season’s third episode, Hank is officially the head of the DEO and we have President Olivia Marsdin (Lynda Carter) trying to make the first step to opening its borders to the country by registering them. In a similar fashion, many nations that are accepting refugees are using a system to count and allocate them within the nation.

The aliens in SUPERGIRL chose to fight in the so-called “underground FIGHT CLUB” because there is no normal life on Earth for them. Supergirl tells them that it will take time for humans to accept them. But how much time? A hundred years? A thousand years? It took many years for extreme prejudice to end between Caucasians and other races, but racism still lingers. We’ll never see a far future in SUPERGIRL, but for the comic book reader, we know that aliens and humans live together. In the climax of the episode, the gladiatorial aliens chose to rebel against Victoria Sinclair/Roulette (Dichen Lachman), foreshadowing an “us vs. them” scenario, which is not a good start in the trusting humans aspect. Roulette is a worthy adversary to Supergirl, being that thorn in her side, she has the law on her side stating that she isn’t breaking any rules and, in a superior manner, saying the aliens aren’t people.

When the two characters had their boiling discourse, we can see that Supergirl takes offense in Roulette’s attitude towards aliens. It’s almost disgusting to hear her say that people care more about dogs than about inferior beings. It’s hard to believe that there are people with a similar thought process, but alas it’s true. Many nations closed their borders to keep refugees out; you’d think to help them because of the ruination of their lives and homes alike. Both issues are completely two separate entities; one being fiction and the other reality, but if we can see how aliens are being treated in SUPERGIRL, then we can somewhat grasp what refugees from the Middle East are going through. The writers for SUPERGIRL deserve a commendation for managing to tell a story reflecting current issues of the real world, however faint.