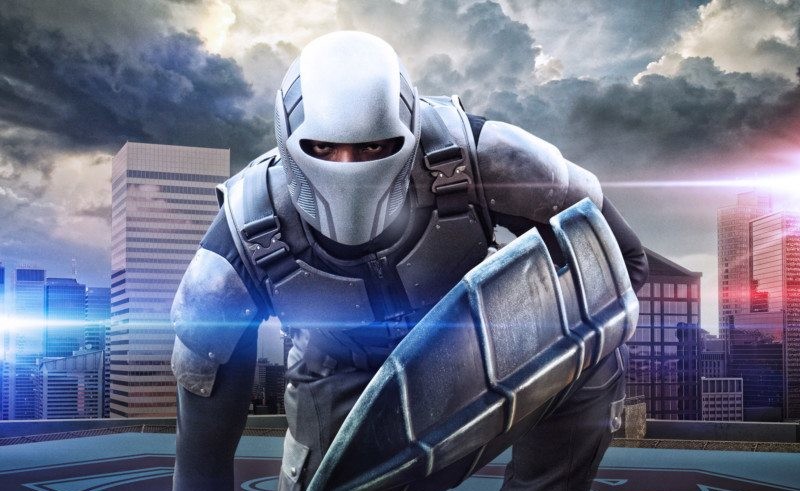 This week’s episode of SUPERGIRL, “The Darkest Place” had a compelling plot between Cadmus and Kara, but I wouldn’t say the same for Jimmy Olsen’s (Mehcad Brooks) Guardian subplot. The Guardian’s initial appearance last week was rushed and awkward, and this week he still hasn’t found his place. It seems like the show runners wanted to quickly build Supergirl’s team like the other CW shows. Jimmy should have naturally transitioned into his alter-ego Guardian.

Olsen became the CEO of CatCo this season, putting him in a position where he is of no use to Supergirl. Olsen is left becoming Supergirl’s boss and nothing more than a friend that knows her secret identity.  We see Olsen is in a sudden inferiority complex that manifested out of nowhere. Becoming the Guardian would have made sense if we had seen him struggle with being helpless last season, but we didn’t. A majority of last season was spent on him caught in a love triangle between Lucy Lane and Supergirl.

Initially I didn’t like this version of Jimmy Olsen because he wasn’t the scrawny Jimmy we all know and love. Instead Olsen is this tall, strapping man that Supergirl immediately has a crush on. However, in the comic books, Jimmy Olsen is an average young man known for being a great photographer that is always in need of saving. The SUPERGIRL Olsen is a strong, handsome man that didn’t seem relatable, but instead Winn Schott (Jeremy Jordan) fills the role of the scrawny, starstruck character. I assumed that Olsen looked this way because he wanted to be like his best pal Superman, or maybe he hit the gym so he could take care of himself. But we don’t get that kind of information in the show. Giving us more background on Olsen would humanize him in the eyes of the viewer, and having a black belt made that a hard pill to swallow. We see Olsen using subpar martial arts skills in the fifth episode but when he dons the Guardian outfit in the following episode, he moves like Captain America. The Guardian making his debut this season would definitely have had merit if Olsen had developmental growth instead of spontaneously wanting to fight crime because his dad’s camera was destroyed in “Crossfire”. 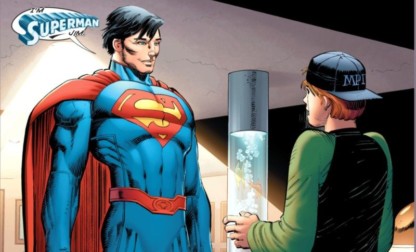 There are many comic book versions Olsen where we see him as a hero, villain or an agent. We see this most recently in BATMAN V SUPERMAN: DAWN OF JUSTICE where Jimmy (Michael Cassidy) is a CIA operative posing as a photographer while accompanying Lois Lane in Africa. Now with SUPERGIRL’s Olsen, he doesn’t seem to take any influence from any comic books; he feels like a blank slate this season. In a way a blank slate can be positive, with the show runners having their own take on this version of Olsen. But it seems the writers are masking Olsen’s unknown identity with the Guardian archetype.

Last season it was all about Olsen’s love life but since he became the head of CatCo, he doesn’t really have a purpose to propel the series forward. It feels like the writers wanted him to become the Guardian to keep him busy. In episode six, Olsen appears in the climax as a plot device to assist Supergirl in fighting Parasite (William Mapother). It would’ve made more sense to keep him out of that fight and help clear the civilians from danger while Mon-El (Chris Wood) helped Supergirl. At least we’d see Olsen do something heroic before he ultimately becomes the Guardian.

As stated before, Olsen’s romantic life had more focus than any other aspect of his life last season. That part of his life was not enough to guide him into becoming the Guardian. Even though Olsen knows that Kara is Supergirl, there could have been an instance where the two shared a moment that could parallel Superman revealing his identity to Jimmy in 2011’s Superman #38 by Geoff Johns and John Romita Jr. In that issue, Superman temporarily lost his powers making him, in a manner of speaking, human. Supergirl losing her abilities last season would have made it a perfect opportunity for Olsen to realize that she would one day need help again. From then onward, the writers could have teased the idea of him becoming the Guardian.

There isn’t much to justify Olsen becoming the Guardian, but there is still room to improve on his character. John Diggle (David Ramsey) has had some episodes that gave him real personal dilemmas, allowing him to grow and assume the role of Spartan. The Guardian should borrow the flashback device that ARROW uses to give more depth to Olsen, making the Guardian persona warranted. There is still room for Olsen’s character to develop. Hopefully, the writers make him useful by assisting Supergirl rather than saving her. As it stands, the Guardian doesn’t fit as a supporting character.