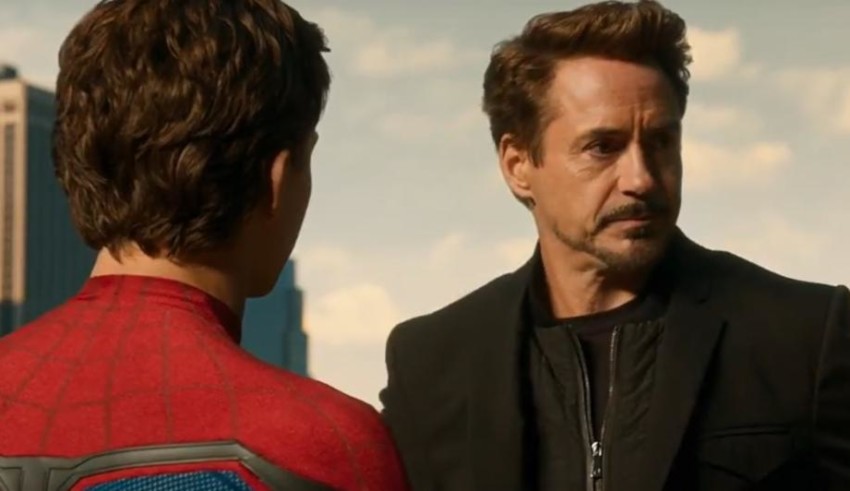 The newest trailer for SPIDER-MAN: HOMECOMING has officially dropped, and it’s all anyone will be talking about for the next couple of days. In this trailer, some new footage of Tom Holland’s Peter Parker (Spider-Man) was revealed, along with several scenes of Robert Downey Jr.’s Tony Stark (Iron Man). Some felt that this new trailer made the same mistake as previous Sony Spider-Man films, in the sense that too much was revealed about the plot of the movie. Watch the trailer below and then we’ll break it down to determine if too much of the story was shown.

The trailer begins with Peter Parker changing into his Spider-Man suit. By pressing the spider symbol on his chest, the suit forms to fit his body (it apparently has the same tech as the jacket Marty Mcfly wears in BACK TO THE FUTURE PART II). We cut to Tony Stark’s limo where he tells Peter that he can “just be a friendly neighborhood Spider-Man”.

READ: You know who isn’t friendly? Venom! Take a look at our review of VENOM #6!

We then see Peter’s friend Ned Leeds (played by Jacob Batalon) dropping a Lego Death Star in shock when he discovers that Peter is Spider-Man. Ned begins to ask Peter a series of questions regarding his powers, including whether Peter knows other Avengers like Captain America and if he could try on Peter’s suit. 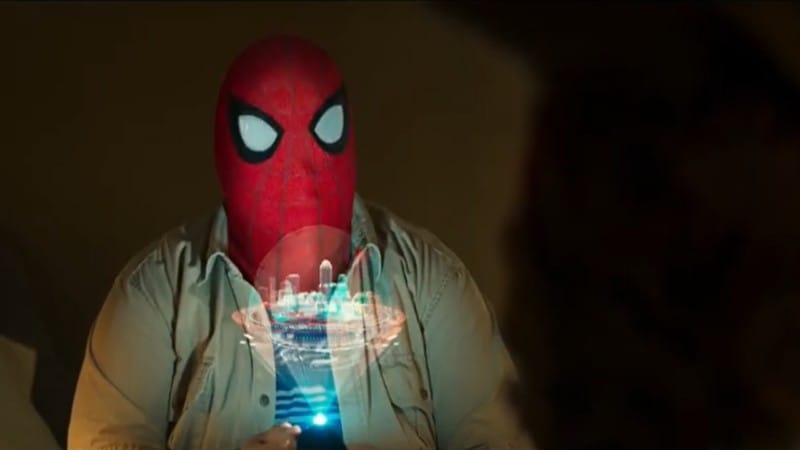 After this scene, the trailer provides some subtle information on Adrian Toomes (Vulture), played by Michael Keaton. Toomes has a vendetta against Tony Stark, possibly related to the latter’s new business enterprise Damage Control. Marvel fans will recognize this organization from the comics as the one responsible for cleaning up messes left behind by superhero battles. Toomes realizes that he and his associates need to change in order to survive, which leads to him developing his Vulture suit and several other weapons for his “family”. We then cut to the scene on the boat, which Vulture nearly sinks by blasting it in half.

Iron Man arrives to help put the ship back together. Afterwards, he chastises Peter for his recklessness and orders that he return the suit. This leads to a poignant exchange between the two, which shows just how far Tony has come as a character.

The trailer then shows Peter confronting Toomes in his old Spider-Man costume. We cut to scenes of Spider-Man fighting both Shocker and Vulture (although against Shocker he’s fighting in a school parking lot and then he’s getting beaten by Vulture on a beach, which would imply these scene take place at different points in the film). In-between the battle the Vulture provides voiceover narration, stating that he’ll kill Peter and everyone he loves while clips of several shots from, presumably, earlier in the film are shown (due to the reappearance of the Stark-designed costume).

READ: Not hyped for this movie yet? Take a look at our Top 5 Things to Get Excited about in SPIDER-MAN: HOMECOMING!

Towards the end of the trailer, we see Spider-Man facing off against Vulture while on top of a moving airplane. Vulture sends Peter flying towards one of the engines, but Spider-Man uses his webs to grab the broken machine at the last second and stays on board. Cut to the limo with Tony telling Peter not to do anything stupid. Cut back to the plane that’s on fire, with Spider-Man trying to level it with his webbing. The trailer caps off with Peter agreeing to Stark’s request.

What We Now Know

The new trailer confirms what many fans were theorizing after they saw the first one, Spider-Man won’t use the upgraded suit for the entirety of the film because he’ll be forced to return it to Tony. This shows just how much Tony has grown as a character since his debut in IRON MAN (2008). He recognizes his mistakes, and he’s trying to atone for them through Peter. Tony is taking a mentor-like role with Peter in hopes that he’ll become a better hero than himself. The trailer also explains why Spider-Man was seen fighting the Vulture in his old suit. We can theorize that the fight between Spider-Man and two villains will most likely happen in the middle of the film at multiple locations. While we can also better speculate that Vulture’s motivations behind becoming a villain have to do with Stark and Damage Control, we still don’t know with absolute certainty what the film will be about or how the conflict will be resolved.

The new SPIDER-MAN: HOMECOMING trailer did reveal a major plot point regarding Peter and Tony’s relationship but there are still many parts of the film that remain a mystery, which is more than what can be said when comparing this to the trailers for AMAZING SPIDER-MAN 2.

The problem with this trailer is that it literally shows every major plot point in the film — it’s far too bloated. On top of that, most of the clips are shown in the order in which they appear in the film. Between trailers like these, the extended clips, and revealing the first fifteen minutes of the film — fans were no longer excited to see the movie. Within a few weeks before the film would be released, most fans had already pieced together the entire story of the film. So far, SPIDER-MAN: HOMECOMING hasn’t reached that same level of disclosing too much information. Hopefully Sony will learn from their previous errors when it comes to their marketing and not reveal anymore of the plot in the next one.

What are your thoughts on the new trailer? Do you think too much was shown? Are you still excited for SPIDER-MAN: HOMECOMING? Let us know in the comments below!