In the wake of the monster success that is DEADPOOL, every time a new comic book adaption comes along it has become standard procedure to ask whether it is going to be R rated. Within the past we can point to a several films that have been stamped as rated R. Films like WATCHMEN, KICK-ASS, V FOR VENDETTA, SPAWN and SIN CITY are all notable within the comic book community, but not necessarily mainstream within the general populous. As a consequence, those films were arguably made for the die-hard fans of the world. The demographic was large enough to be profitable (and it almost always was) plus the demand was there, there was enough in the plot to appeal to general audiences as well, from an executive standpoint it is a film worth making. However these films rarely had the big budget of your standard Marvel or DC movie. They did not have the financial backing, marketing and hype that is typical of most PG-13 films because there was a stigma that rated R cannot be profitable. If a studio is going to pour a significant chunk of its finances into a film, it only stands to reason you want the audience to be as large as possible without sacrificing too much content. Yet along came Deadpool, with his chimichanga’s and his typical F— you, proving the industry wrong.

READ: If You Don’t Know, Now You Know: 10 COMICS TO GET YOU STARTED ON DEADPOOL 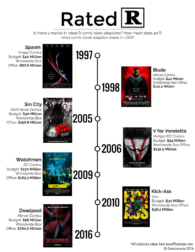 Adapting the more explicit graphic novels for screen tends to come from properties such as Image Comics, Icon, Vertigo, and Dark Horse Comics. Publishers whose very nature is inherently darker, more obscure and open to illustrating a more depreciating world. Basically there was a type when it comes to rated R adaptions. Within the context of Marvel and DC characters, where the colors are more vivid and there are toys to be sold there has always been a limit on how far one could go. Obviously there are exceptions, such as MARVEL’S DAREDEVIL, JESSICA JONES, LUKE CAGE and IRON FIST on Netflix. However having such characters in a studio like Netflix means that not everyone is going to see it. A TV show is a real commitment to watch and Netflix itself has a substantial viewership amongst the younger generations who can appreciate the well choreographed and gory violence. In fact, in recent memory the only true big budget rated R films by Marvel or DC would be BLADE and WATCHMEN respectively. BLADE reached cult status amongst the masses and resulted in a fairly profitable full on trilogy. WATCHMEN on the other hand, a highly anticipated film went on to make $185 million with a $130 million budget. It was not necessarily extremely profitable, and fans responses were divisive at best but the film loyal to the source material and enjoyed by many.

READ: The Nature of Fear in Maus, Black Hole, Watchmen, and the Dark Knight Returns 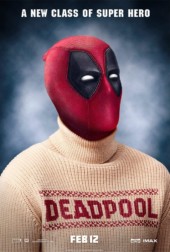 By the Numbers, i.e. Deadpool Knew He Was the Best All Along

Historically speaking, rated R comic book adaptions have made profits, but not necessarily the kind of profits studios expect out of their more brand name heroes (i.e. Batman, Superman, Iron Man, etc).Outside of the typical Marvel/DC realm we have Frank Miller’s 300 which completely split movie-going audiences back in 2006. 300 is a notable exception within the rated R sphere. For although it was highly praised by the comic book community and maintained visual fidelity towards the source material, there was just as much of an outcry from critics and mainstream audiences (most notably from the Iranian populous citing an inaccurate portrayal of the Persian people). However controversy in addition to a well adapted graphic novel, can fuel a larger box office total. The film went on to gain $456 million dollars with a $65 million dollar budget and spurred a sequel. Further highlighting the gains to be made in unchartered territory. DEADPOOL is notable for it is one of the first films to lay firmly within a shared universe. It also made $782.6 million USD. With a budget of $58 million, that is 14 times the cost it took to make and basically the type of cash we would expect from the Captain America’s of the world (CAPTAIN AMERICA: THE WINTER SOLDIER made $714.4 million USD with a budget of $170 million USD). Deadpool basically took a megaphone to the studios and reminded them that staying true to the characters we love is just as profitable as the PG-13 summer blockbuster event we have come to expect.

READ: The Killing Joke: A Retrospective

Numbers aside, what we really care about is the story. With an acceptance that a rated R is financially viable, studios now have the incentive to produce the stories we have always desired. Basically, anything is game. Since then we have had BATMAN: THE KILLING JOKE. Although it is kind of cheating to bring up an animated feature, it is important to note that a higher rating makes sense for this storyline. Putting aside the controversial relationship between Bruce Wayne and Barbra Gordon that tends to overshadow the film, BATMAN: THE KILLING JOKE stayed true to the source martial in the ways that mattered. The film needed the abuse and dark undertones to highlight this notion of “one bad day” and this trend of rated R features probably made the decision a bit easier. However, it does not always work. Upon the release of Batman vs Superman, a very divisive movie to begin with, we were later given a rated r extended cut. The additional 30 minutes did remedy to a certain degree a lot of issues people had with the film, but was arguably unnecessary rated R. There are many shortcomings with the film, as well as a lot of aspects that deserve praise. However, slapping on a rated R in the extended cut does not make a film more desirable all of a sudden. In fact I argue it set’s an unsettling precedent. David Ayer best explains this when he told Empire “that’s not what I think people mean when they ask for an R-rated version… It’s a decision you make before you turn the cameras on.” Granted he was speaking about Suicide Squad, but the sentiment still applies. It is essential to recognize that the rating isn’t what audiences are chasing. But rather having the comics that we love so much taken seriously and adapted in a way that replicates the overall themes and tone is what is important. BATMAN: THE KILLING JOKE was rated R because it needed to be, the source material would not allow a PG-13 rating to give the fans what they desired. An R rating at least gave the film a fighting chance. 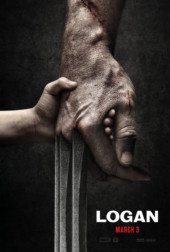 This is one of the many reasons we are so enthusiastic about LOGAN. Never mind it would have been difficult for studios to envision an adaption of OLD MAN LOGAN in the past, a PG-13 adaption would have been half-hearted at best. A higher rating provides the freedom to create a story worth telling and Hugh Jackman’s Wolverine deserves it. Arguably the hero that started this trend in superhero flicks, for many Wolverine was one of the first heroes we were given and the first one we will see leave. As Hugh Jackman’s last on screen performance as the titular character, it makes sense to provide a film without any restraint. One that captures the essence of the character without the weight of building a grand event. Already the rated R separates this film from every other X-Men movie (notice that there is no dramatic X-Men title or action packed poses). In addition to the old-school western archetype we see in the trailer, there is an absence of the typical hype and spectacle we expect from an X-Men film. Instead we see this aged soul-searching man wandering with nothing but Johnny Cash and a little girl. We can already tell that this film is going to be different. That there are pieces in place to ensure a proper send off. The R rating only highlights that the opportunities Wolverine could go are endless and that nothing is off limits. Thus giving us the closure that Logan deserves.