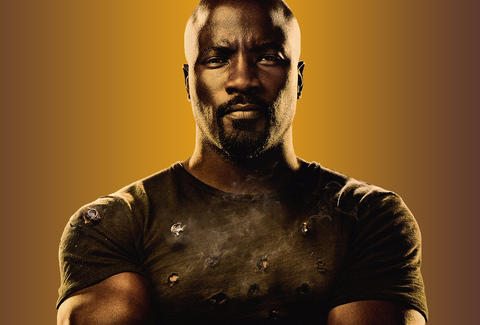 Fans of Netflix know that the streaming conglomerate’s original series have a unique shelf life. For the first time in television history, people are able to watch an entire season of a new show as fast or as slowly as they want. Although for many fans it tends to be the former. Shows that premiered back as far as September or October might just be bowing out of their seasons around this time of the year if they were on a normal television network. Netflix’s LUKE CAGE began streaming September 30, and has just been confirmed to be coming back for a second season. So now that any hype surrounding the series has come and gone (I for one binged the entire first season in about a week), we can look at the show without the rose-colored glasses some of us might have had on for the unbreakable man’s first solo outing in the Marvel universe. 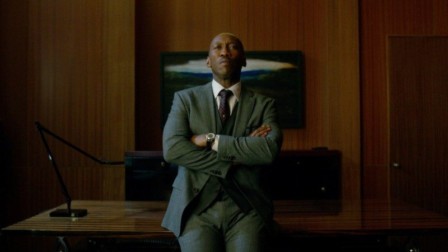 WHAT LUKE CAGE DID RIGHT

LUKE CAGE had a lot of expectations going in, given how beloved DAREDEVIL and JESSICA JONES were received by audiences and critics alike. What could LUKE CAGE bring to the table that its brother and sister series couldn’t? For one, it brought a sense of community to our hero’s surroundings for the first time. The Hell’s Kitchen depicted in DAREDEVIL and JESSICA JONES is a dark and twisted labyrinth of corruption, which worked for the tone of both shows. But LUKE CAGE’s Harlem was a vocal and turbulent place that had a mind of its own. It felt like the first time that the setting of a Marvel project had a life of its own, a character of its own.

Whether the character of Harlem was a protagonist or antagonist could be debated, but it doesn’t matter what role it played. It set the tone of the first season from the beginning, right down to the indelible soundtrack by Adrian Younge and Ali Shaheed Muhammad. Old school mixed with the new as characters that had grown up in Harlem showed their place in the neighborhood’s gangster bureaucracy. The heroes and villains all felt like they had their place, but the more important facet of these layers of character development was that audiences knew that they were fighting for what they thought was right for the only place that really mattered to them, even the villains.

READ: When Will the Marvel Cinematic Formula Break Down?

This is why Cornell Cottonmouth was a much more affecting villain than the mid-season trade-off audiences got. He was a villain in need of redemption, and the arc of his downfall is perhaps the best part of LUKE CAGE. Then of course we have Luke himself on the other side of the spectrum, still played brilliantly by Michael Colter. Colter’s chemistry with pretty much every character, good or bad, is a big part in why LUKE CAGE is so damn watchable. You want him to win because he’s a genuinely nice dude, someone you could see yourself being friends with or looking up to in real life. He is the straightforward, corny hero that Netflix’s Marvel universe sorely needed after the utter broodiness of Daredevil and Jessica Jones. 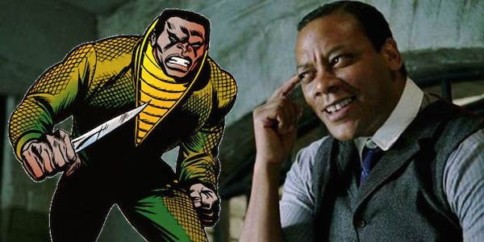 WHAT LUKE CAGE DID WRONG

The first problem I have with LUKE CAGE is an issue not unique to this show, but in my opinion has affected DAREDEVIL and JESSICA JONES as well. This issue is season length. Maybe I am the only one with this issue, but 13 episodes is about 3 episodes too many, especially for shows like this. DAREDEVIL, JESSICA JONES and LUKE CAGE are all very contained journeys that don’t need filler episodes. This isn’t ARROW or THE FLASH, where there is a villain of the week and only some episodes are multiple parts. There is an obvious point in all three shows where the writers clearly lose steam for an episode or two, only to eventually push on for the planned finale. With LUKE CAGE it was Cottonmouth’s demise, an intricately built villain suddenly brushed aside in an albeit shocking fashion.

DAREDEVIL and JESSICA JONES managed to avoid a massive pile-up because so far each of their seasons have wrapped up in a succinct, meaningful manner. LUKE CAGE not so much. Willis Stryker aka Diamondback was the shadow looming over Harlem and Cottonmouth’s operations…until they actually revealed him. He turned out to be a much less interesting or fleshed out antagonist, the writers opting to reveal pieces of Luke’s past that had literally nothing to do with the story up to that point.

READ: Batman: Where Goes My Hero?

The climactic fight between Stryker and Luke was also very underwhelming, not at all in thanks to that god-awful costume that they put Stryker in. I’m not sure if the writers were trying to channel the cheesiness of the 70’s Blaxploitation era that Luke Cage was born into, but it definitely didn’t translate well. The writers would have been better off sticking with Black Mariah and Shades, two characters that continually surprised, and who audiences loved to hate. 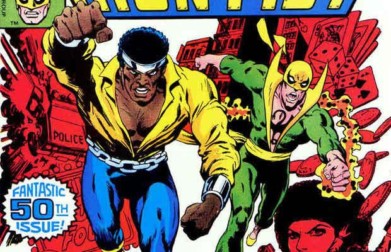 HOW TO MOVE FORWARD IN SEASON 2

The last thing we need is for Marvel Studios to go overboard with Netflix series. So far, IRON FIST looks like a great addition to the already existing individual Defenders shows. But does each hero really need their own show? Even if IRON FIST is the greatest thing to ever be broadcast on Netflix, we don’t need 8 seasons each with a different villain. Netflix has a unique opportunity in that they can do whatever they want with the scheduling of their shows. Producers need more time on season 2 of the latest Netflix hit? Let’s give them an extra year to make their vision come true.

The same should go for each of the Marvel series. No matter what direction Marvel Studios decides to go with THE DEFENDERS, it is going to inevitably shake up Netflix’s little universe at the very least. This gives them room to bring the characters into their own following their big team-up. Since LUKE CAGE is already greenlit for season 2, maybe IRON FIST could take a year or two off to let the two team up for Heroes for Hire. There is no need to rush production of seasons of television that we don’t necessarily need to see. I trust that Marvel Studios has a vision in mind for The Defenders, and as long as they don’t saturate the market even more than it already is with Marvel movies and TV shows, I think that audiences will enjoy what they have in store. That being said…PLEASE give me some Heroes for Hire action eventually. I’m begging you, Netflix, make it happen!