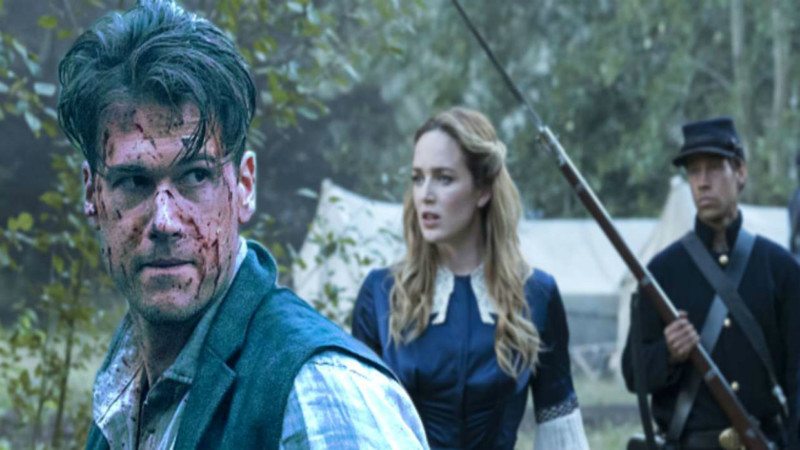 Ask anyone in the television business and they will tell you, “jumping the shark” is not a good thing. Although the phrase might be unfamiliar to some, it’s feeling is all too regular; that a show’s writing is getting lazy, and that it is using gimmicks in attempt to draw publicity to itself. While there are plenty of examples of this throughout television history, the very definition could be applied here with D.C. LEGENDS OF TOMORROW: S3 E04 ABOMINATIONS as zombies were brought into the fold.  This is an interesting move, as the show is about time travel; a concept where the possibilities are endless. They could have characters interacting with famous historical figures, they could have them going back to biblical times, or even the big bang.  Given these limitless possibilities, the use of zombies during the American Civil War as the main antagonists in Thursday night’s episode is peculiar, and quite frankly could be cause for alarm. However, there is potential to be had with these mindless brain eaters, it just depends on how they are used going forward. 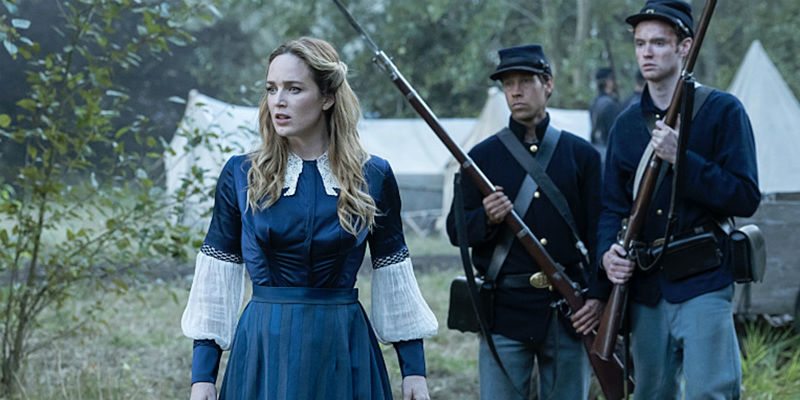 Now as LEGENDS has shown time and time again, there are multiple timelines that are possible here. We as the viewer could witness two distinct timelines in regards to where this season goes. The first one is to write these zombies off as one time enemies. This would be a major mistake. Given that Ray Palmer was able to create an antidote for the the zombie virus and cure Mick of his affliction in one episode does not bode well for the zombies being a threat that can conceivably last a whole season.  However, seeing as the show has morphed from a major arc-like writing style that we saw in season one; to one with episodic story telling in season two,  it is difficult to guess how the writers will treat the possibility of a potential zombie threat. If they were to just use these zombies as one time enemies, it should serve as a major red flag to viewers. Viewers should be thinking to themselves, if the writers have already given up and “jumped the shark” so to speak by just adding zombies then what the heck are they going to do with the rest of the season? Add werewolves?

The smart play here is to use the zombies as something that will continue to be a threat for the rest of the season. It could serve as the tie in with what future Barry Allen is warning Firestorm about. Piggy backing off of the message, this zombies-through-time issue could serve as the reason Rip Hunter left the Legends when he did. Maybe he has to deal with them in some other place in time, and maybe there was (ironically) no time to tell the rest of the team. Viewers also need to remember there is still a derelict time ship floating around, filled will zombified individuals that could crash into any moment in time. The origins of the virus would be something worth exploring as well. All of these observations are options and I hope that LEGENDS takes a good look at them. 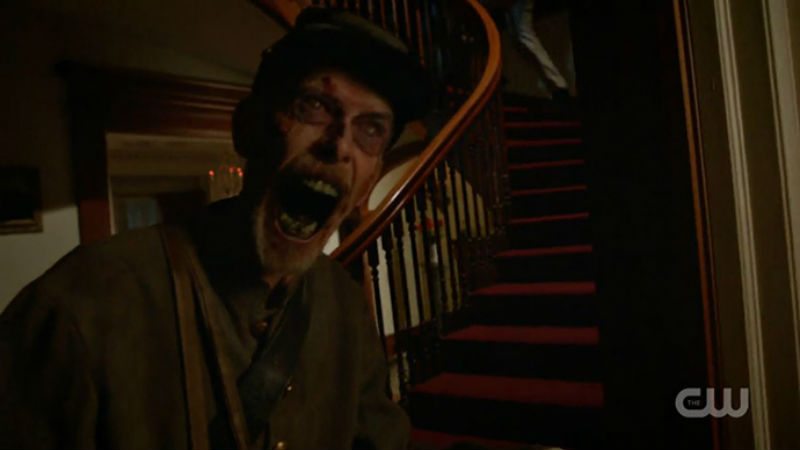 In my opinion, the episodes of this season feel a lot more clunky and the overall quality of the show has suffered as a result. This is in part to the change in the way the season is structured. This season the writers have taken the approach of writing in a more episodic style. While this might work for the team thanks to the mysterious departure of their captain and the open-ended-ness of their mission to protect the timeline, it will not work for the long haul. What made last season so successful was the fact that the characters had a specific mission and every week something happened to either get them closer or farther away from their goal. Without a predetermined goal, the show seems to just wander. That is why I am hoping these zombies become part of the overall story, as it would give the writers something for the Legends to focus on.

In conclusion, Abominations is a major tipping point for the Legends season. Of course it’s already been written, but we as viewers should be on the edge of our metaphorical seats. Have the writers of the show already given up and resorted to lazy cliches?  I know this next week is going to go by super slowly, as there really isn’t anything going on. But fans of the show really do have something to worry about. How the show handles the zombie threat, or lack thereof, could decide the course of this season, and in turn possibly decide the fate of the series.