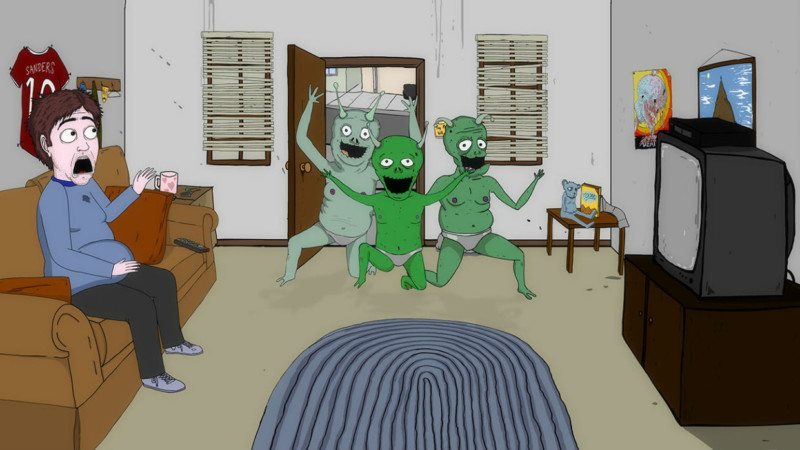 Ah, the spinoff. Oxford’s definition of a spinoff doesn’t really work here since they don’t include television shows, so I’m not going to use it. However, if you ask the random television viewer their definition of a spin-off, chances are it will not be positive. The proverbial TV cemetery is filled with the bodies canceled spin-offs. SNOOKI & JWOWW, all of the BRADY BUNCH spin-offs, THE CLEVELAND SHOW, the list goes on and on. Although the majority of spin-offs have not worked out, there have been some that not only have been able to stand on their own but became memorable shows in their own right. THE JEFFERSONS, LAVERNE AND SHIRLEY, and LAW AND ORDER: SVU are all great examples of successful spin-offs. Will JEFF AND SOME ALIENS, be as successful as those aforementioned spin-offs?. Well, all of those shows were on when we only had like, four channels (Minus SVU, although it has Olivia Benson, who is the Oprah version of a cop) so my guess would be no. But that shouldn’t stop you from watching, as JEFF AND SOME ALIENS is a hilarious show that is destined to become a household name in a couple of years. 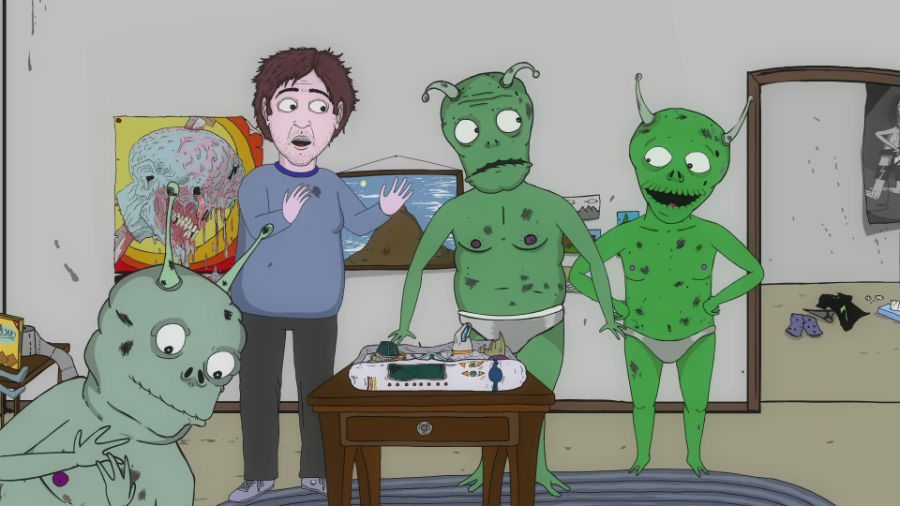 A spin-off of the Comedy Central sketch show TRIPTANK, JEFF AND SOME ALIENS follows the titular character Jeff (the most average person in the world) as he tries to live his life with as little interference as possible from his three alien roommates. The premise of this show is the idea that the Aliens (all voiced by writer Alessandro Minoli) are on earth to judge Jeff (voiced by Brett Gelman), and by proxy the entire population of Earth. While they are only there to judge, the aliens interfere in his life and try to aid him constantly, thus throwing his life into chaos and tainting their own research. It’s a very simple concept that has yielded rib-tickling results.

READ: Want to read about the Necessary Balance of Political Correctness in Comedy? Click Here!

Unlike many of the sci-fi shows currently out such as RICK AND MORTY, DR. WHO, and WESTWORLD, the various plots of JEFF AND SOME ALIENS do not seem to be focused around the science fiction possibilities of the show; rather the show is enhanced by those possibilities. In the words of the creators, it is a show about the human condition, and the aliens are tools to explore said conditions. This is a grounded show (in terms of everyday issues) and the writing staff does a fantastic job of exacerbating those common problems with not only the aliens’ technology but their personalities as well.

This grounded realism and absurd heightening is apparent in the very first episode. Without giving too much away, the plot of the pilot revolves around Jeff having to apologize to an alien race, having to kill a random person, and facing the dilemma of either killing his father or letting the entire human population die. While the scenario in is itself ridiculous, it is what Jeff does when faced with these absurd issues that makes this show uproarious, as one can easily imagine themselves reacting in the same way that Jeff does when faced with those problems.

JEFF AND SOME ALIENS is a show that uses all types of humor to engage its audience. While certain shows seem to rely heavily on political humor, situational humor or crassness, JEFF AND SOME ALIENS blends all three fairly seamlessly. This is evident in the opening of the pilot, as the show goes from making jokes about using other people’s towels (in this case other species’ towels) to mimicking JFK Jr. saluting his father’s funeral procession, to alien back sore pus all in under a minute. While the writing is top notch, it is exemplified by the quality of the actors voicing their characters that adds to the greatness of this show. High profile actors and comedians such as Malcolm McDowell, Richard Kind and Keegan Michael Key all guest star at some point, adding to the richness of the show and making it truly top notch. 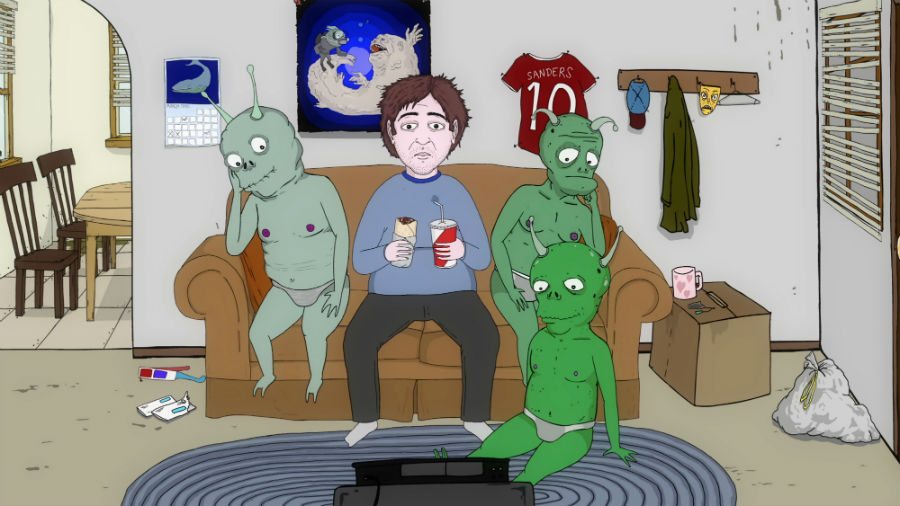 That being said, it is only natural that the first seasons of shows tend to be slower moving and generally less engaging than seasons further down the line. Writers are still fleshing out the world they have created, ideas are still being formed, and nothing is set. If that is the case with JEFF AND SOME ALIENS… then you better watch out, as this show is going to be fantastic. JEFF AND SOME ALIENS premieres January 11th at 10:30, after the season premiere of WORKAHOLICS.