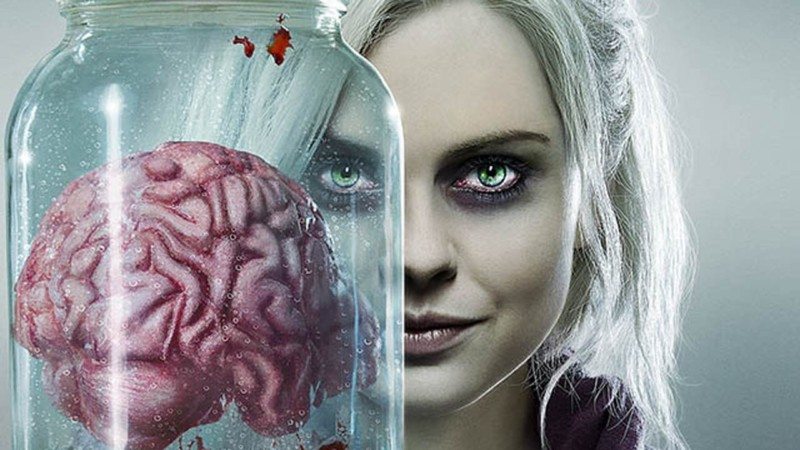 When you look at the success of shows and movies that are based off of comics that don’t rely on source material that often, it can be a bit surprising. A show can sometimes receive harsh criticism if it adapts the source material incorrectly. iZOMBIE happens to be one of those shows that became a success while it had little to nothing to do with the comic.

Taking place in Seattle, Washington, iZOMBIE’S show is about Olivia Moore, better known as Liv — a girl who incidentally became a zombie after going to a boat party and getting scratched by one. Nearly everyone on the boat that night had died due to the freak outbreak. Liv was on her way to becoming a surgeon and even had a wedding in the works but after the incident, her life was halted. She ended her engagement and dropped out of her medical internship to work at a morgue. The morgue provides her with a steady supply of brains. In order for her to function and remain normal to the ordinary eye, she has to eat a brain at least once a month. Once she eats a brain, she gains the person’s memories, sees visions and even begins to act like them. She uses her ability to solve murders with detective Clive Babineaux while Ravi, her friend/boss at the morgue, helps her find a cure while dealing with her daily zombie situations.

The comic follows a different route entirely. The main character in the Vertigo print is named Gwendolyn Dylan. She’s a gravedigger in Eugene, Oregon with no recollection of her death. Her tactic for acquiring brains is a little different. After grave digging she waits for the family to leave when the funeral is over and she’ll dig them back up and be able to eat then. She’ll also begin to lose her memories if she hasn’t eaten in a while.  Gwen lives in the cemetery and is often occupied by her friend Ellie, a ghost who died in the 1960’s. The visions she gets from eating the brains are ultimately the same, which are triggered by actions, smells, sights, et cetera. However, the side effects are a bit different. Instead of gaining characteristics from the dead, she hears their voice instead. She almost gains their consciousness and is constantly reminded by their presence in her head. Another key difference is the incorporation of other fantastical creatures. With Were-Terriers, Mummies, Vampires and Ghosts roaming the streets, the story derives heavily from their presence. Those encounters eventually lead to Gwen learning of hunters, who track down supernatural beings.

Reading the comic you can almost get this 60’s Scooby-Doo mystery solving vibe which really gives the comic life but is quite different from the tone of the TV series. Having an addition to the show such as a Were-Terrier or Vampire would spin the show in a new direction and might prove problematic. To add something like that would be adding in a whole different world and could even take the show away from its concept. It would require too many details, like how many of them are out there? Or, where did they come from? There’s also the factor of popularity. If the show decides to add a mummy or were-terrier are people actually going to keep tuning in? It would also require a lot of time on the show to be able to introduce these new characters. Lastly, these characters were able to fit well into the comic due to the location. Rather than living in a more populous area like in the show, Gwen in the comic lives in a ghost-like town. It isn’t very populated and generally few people are in the background. To be able to see an adaptation from the source material on screen would be great, but it would be too difficult.

The variations between the comic and the show make them both unique and fun. I personally think it’s great that the show is loosely based on the comic. The addition of the brains influencing her personality is great as it allows for a comedic approach to enter the show and also leaves the viewers guessing as to what role she’ll get to pick up next. Having a side effect like the comic where she would gain their voice in her head might take things to a more serious level and the show probably wouldn’t be as upbeat as it is. It’d also be really difficult to incorporate this power to the show as when reading it’s easier to get into the character’s head. On TV, it’s definitely a lot easier and a great way to add entertainment by having the brains influence her personality. The print follows a more serious, gritty tone while adding in some great laughs. The point is, they’re great individually and in comparison of the two, they’re radically different but incredibly entertaining. One main difference is that in the comic, Gwen has no clue who she is and how she died. She doesn’t entirely remember her past memories pre-zombification while in the show, Liv remembers it all. The TV series had to give their main character and show more substance by giving her an ex-fiancé at the start, a best friend/roommate and a great boss who aids in research for a cure. These are some of the things they probably thought would attract more viewers. The serious gritty tone works well for the comic because of how isolated she is, who her friends are and the fact that the comic isn’t as heavily populated by people like the show is.

The intro to the show was even made by the creator of the comic, Mike Allred. Involving and having great relationships with the people who created the original series definitely contributes to the show’s success.

Having already done two successful seasons, the show is to return mid 2017 in April for its third season. With the direction the show is headed, it will definitely continue to stray away from the comic but hopefully we can see some adaptations from the comic that wouldn’t be farfetched. For example: memory loss from a lack of brain supply? Maybe something will happen to her job at the morgue and she’s left to find other options. Liv would go through extreme measures to make sure she doesn’t kill someone so maybe a food strike would cause it. While this probably will not happen, a fan can always dream, right?