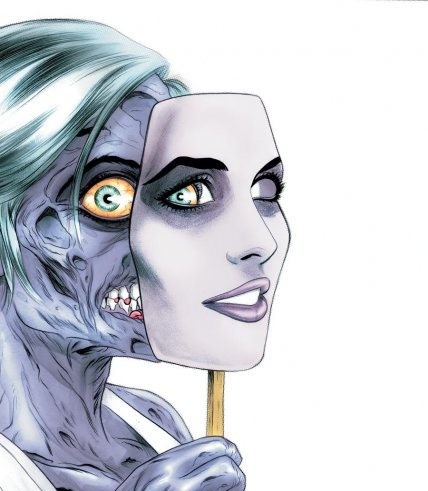 Chris Roberson and Mike Allred’s iZOMBIE comic is interesting, but is it enough to hold the reader’s attention? First off, I love iZOMBIE. I not only find the comic humorous but the show as well. The art work especially, story and overall premise is enough to keep the average reader engaged but there are some areas of the comic that seriously lack. I believe one of the main factors contributing to the success of the iZOMBIE comic was Mike Allred’s involvement.

Published in 2010 by DC Comics’ Vertigo, iZOMBIE is written by Chris Roberson. Writing for series’ like FABLES, Roberson believes he is more than proficient in sci-fi writing but I’m not entirely sure if this is the case for iZOMBIE. There are story arcs that last 5 issues long that could have been done in 2. Also, it might not bother other people but it definitely did bother me that I had to wait to issue 7 of the series to get to finally get some backdrop about Gwen.

The pace of the comic really sets it down for me. After scratching the surface, you realize there isn’t much depth to the comic. The pace wasn’t one of the only factors, there was also the amount of story that was thrown in. There are times where too much is happening and it gets a tad difficult to make sense of it all. The comic adds in stories about Vampires, Were-terriers and Monster Hunters all within the first issue. You’d think this would overwhelm lots of people but, in reality, I was underwhelmed. I wasn’t drawn in as much I thought I would have been. Trying to explain too many characters at once while adding in a couple of story arcs will definitely throw my attention away.

As a fan of the show, you’re going to want to read the comic but it’s going to be the complete opposite of what’s on screen. If you’re looking for adaptations the show made from the source material, you won’t find it. The show has very little to do with the comic, which is not bad at all. The show is doing relatively well without adapting much.

Mike Allred’s contribution to the comic really did it for me. The cover art really stands out, as well as the pages. The comic sometimes has too many problems involved with the main character. Battling her internal struggles aren’t all of what Gwen experiences in the comic. Within the art, you really get to feel and understand Gwen’s conflict. Even in the pages where she isn’t doing much of the talking, you can almost feel her sad look. She looks lost, hopeless, but also motivated. It’s possible to reflect her emotions by looking at the details in the page.

The art might be enough to keep me entertained for the moment, but I found it a bit difficult to continue picking up the issues. The series was a little hard to commit to and it is this exact reason I wouldn’t recommend it to someone who is just beginning to read comics in general. Roberson has great qualities to his writing but his pacing leaves a sour taste in my mouth. The unfolding story and art is incredibly intriguing and its what kept me running back to the next issue. Overall, I did enjoy the series, but to an extent.  It may be hard to continue reading for some, but in the end they add some great plot twist and it compensates for the pacing.