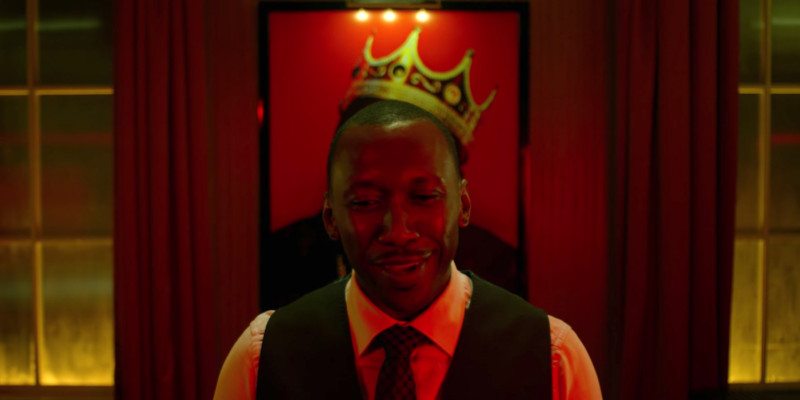 Marvel’s pact with Netflix has given MCU fans a glimpse into a universe that remained previously unseen—a gritty realism that couldn’t be adapted in big budget blockbusters like CIVIL WAR or THE AVENGERS. DAREDEVIL’s first two seasons featured insane fight choreography with a personal plot that involved one of the best antagonists the MCU had seen up to that point. JESSICA JONES upped the ante villain-wise, but was dressed in an neon-purple noir sheen and plot that further fleshed out the universe by including bulletproof man Luke Cage. LUKE CAGE, the bulletproof man’s own series, is determined to stand on it’s own, planting it’s roots in a version of Harlem that might as well be a war zone. But what stands out the most in the series is a diverse and enigmatic soundtrack that carves Netflix’s vision of the MCU further into it’s own niche.

Combining hip-hop, jazz, R&B, and soul music, composers Ali Shaheed Muhammed (of A Tribe Called Quest fame) and Adrian Younge are able to create a sound for the show that sounds new and old school all at once. The duo created some great original tracks for the show, including “Bulletproof Love” and the theme for the opening credits. But it’s the inclusion of Younge’s own tracks from his solo and collaboration albums that give LUKE CAGE it’s unique feel, like the Harlem that Luke is fighting for is fighting a war itself—the new vs. the old. Younge’s music has always been able to evoke a sound that feels between eras, always one foot in the present and one in the past. With tracks from his album with the legendary Delfonics and the absurdist (and comic book inspired) concept albums with Wu Tang alum Ghostface Killah, the music flows between the violence and narrative, fighting alongside Luke.

Sitting in the middle of all this is Harlem’s Paradise, gangster Cottonmouth’s jazz club in which most of the best music of the series is heard, live and on stage no less. Say what you will about Cottonmouth, the villain had impeccable taste in music, and not just because he has an enormous Biggie Smalls portrait in his velvet-lined office. His venue featured huge acts live on stage throughout the first season: Raphael Saadiq, Faith Hill, Charles Bradley, The Delfonics, and Sharon Jones & The Dap Kings, just to name a few. The beauty of these Netflix series is how much time can be given each season, and in this case viewers are able to see everything from Charles Bradley’s soul-tinged jazz to the electro-tinged Jidenna hip-hop anthem “Long Live the Chief”. It’s a juxtaposition of mood and genre that no other Marvel property could pull off as smoothly as LUKE CAGE.

How well the soundtrack meshes with the show itself is what separates LUKE CAGE from its Netflix and silver screen counterparts. As far as scoring Marvel movies is concerned, LUKE CAGE is where the MCU shines most. Other than GUARDIANS OF THE GALAXY, the music of Marvel movies is disappointing or just forgettable. LUKE CAGE could be the spark that changes all of this, by merging the music and setting into one unforgettable experience the series has proven even further that Netflix is the platform for niche superheroes to stand for something more than just traditional story-telling.