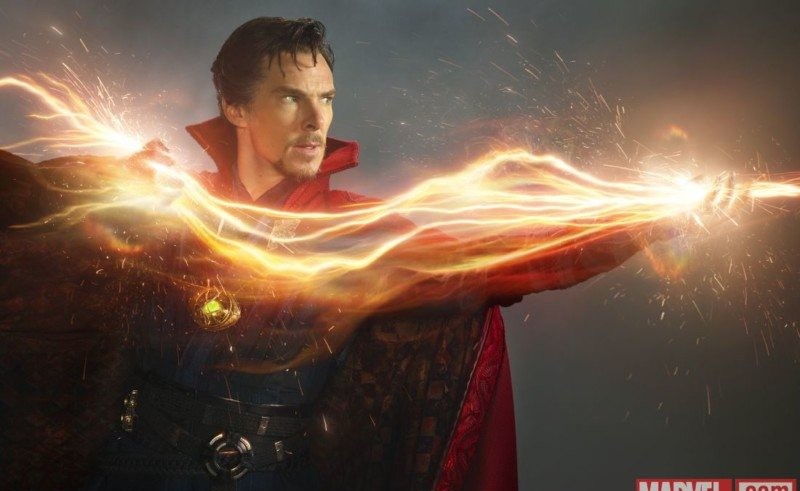 “You probably didn’t notice it, but your brain did.” Anyone familiar with the Red Letter Media reviews of George Lucas’ doomed Star Wars prequel trilogy is all-too-familiar with this tried and true proclamation of mediocrity detection. It’s sad in its revelation, but echoing in its resonance through the trudging of franchise after franchise common film audiences have patiently endured for almost the recent decade. Millions of people have clicked and viewed online articles and video essays detailing the many frustrations and tribulations of articulate, mostly well-intentioned (if not pissed off) camps of film geeks. These writers only seek the intervention of something new and fresh in a long assembly line of processed origin stories and ensemble films. However, the voices that pack the most punch have not been as unified under the same artistic sentiment.

Until recently, that is.

Franchises are doomed to experience a sort of lull within their formulaic performance of story, characterization, action, etc. Few have been able to pull themselves from the dregs without innovation and truly continue in constant and utter success, yet the Marvel Cinematic Universe has proven now and always that it is almost invincible as a consequence. That’s not to say they have been wrongfully acquitted of murder; quite the contrary if the results speak for themselves in terms of quality. The Marvel films are consistently enjoyable, charismatic, visually impressive pieces of modern cohesive fiction. The unification of their own piece-meal universe is baffling and revolutionary at such a commercial level, and as such deserves its medal of merit in the grand scheme of things. However, the quality of one’s work does not simply bear fruit in the next stage if it is the same work, consistently or sparingly, with flourishes or not. Such is the original sin of the MCU’s inception from day one.

The first few entries of Marvel’s aptly named “Phase One” were mostly well-received by big named critics with little mention of the kinks in between. For the most part, Marvel began a whole new era of revivalist superhero films that bred together the cheeky silliness tacked onto the early inception of superhero films and television series’ from the 1940s-1970s with the dark, violent, spectacle-driven, character portraits that dawned with Tim Burton’s 1989 BATMAN adaptation. They have wonderfully charismatic lead performers, dazzling special effects, well-choreographed action sequences, and stories that linked together in the least overbearing and schmultzy kind of way that would otherwise sneeze a silent squeal of “rip-off” in the back of the audience’s head. The cracks did not really begin to show until 2015’s AGE OF ULTRON, where all these traditionally positive points began to seem like too much of a good thing after a while. The jokes were almost too overabundant, the storylines began to blur between coherence and muddled confusion, and the action began to take a hostile turn toward everyone’s senses. The hype began to die down, but audiences and critics alike seemed to still be hopeful (or at the very least, patient) for the future as scores of films were announced for at least the next decade. Handling such an ambition and forward progress is something that only Marvel can carry all the way to the endzone without tripping flat on their face like a Marx Brothers shtick, right?

Read: Parental Guidance is Advised: The Past, Present & Future of Rated R

With the release of Marvel’s latest addition to the already engorged stomach of lore, DOCTOR STRANGE, the wear and tear is beginning to take a much more familiar face to critics like never before. While it seems fair for critics to blame the obvious distaste on a common flaw of repetition, it seems almost befuddling that this the first time people are starting to voice their concern that maybe Marvel is just pumping out repeated scripts with only the names and places being replaced. Where was this criticism when Thor came out? Captain America? Ant-Man? The answer is simple: when the formula fits the character, it works swimmingly. While all those previously mentioned films contain the same witty and charismatic leads facing off against the villain of the week, it should be noted that these characters are written to exhume that exact archetype time and time again until they criss-cross with a plot that just catapults their stories into intense, thought-pondering stories of intrigue and personal growth (see CAPTAIN AMERICA: WINTER SOLDIER, a masterclass in switching up the formula in a sequel).

What Marvel gets wrong with characters like Dr. Stephen Strange is the exact reverse of the situation. Dr. Strange is a character born of the psychedelic, intriguing vibrancy of the mystic-laden 1960s; a period where our country’s turmoil reared its ugly head towards Eastern mythology and pacificistic spirituality like never before. As such, Strange’s stories are interwoven with both ethereal and dark magic, deep-seeded, psychological mind-bending, and characters that broke the mold of the simple Joe-Schmo going up against the big baddie to win the girl. Strange’s battle was a battle, not for the fate of the girl or the city or the world itself, but for the very fabric of reality. To take an idea that is so thoroughly complex to human understanding and adapt it to a piece of comic book storytelling for teens and young adults around the world at the time was a very genius, and complicated, idea that required a great deal of finesse by creators Lee and Ditko. While the film adaptation accomplishes this transition of ideology and thematic material onto the big screen visually, it is simply not enough when your character and story requires so much more inventiveness to bring it to full life.

Perhaps Marvel is just at a loss of what to do when it comes to solo character films, because they know that when they can muster up a wildcard ensemble film like GUARDIANS OF THE GALAXY, their cards are literally thrown at the table because the idea seems so outlandish at its core. They hire risky directors like James Gunn who are willing to go beyond the studio’s need for this checkpoint and that checkpoint and manage to pull off exciting new entries that revitalize the franchise in the eyes of the critics themselves. Commendable, considering other franchises are literally limping trying to keep up in that regard (hard to believe the DCEU hasn’t been mentioned yet- wait, dammit). The problem is not Marvel’s willingness to take those steps, just the consistency and pace they achieve in doing so. Perhaps now critics just see the pattern more clearly than ever, and are not patiently waiting the next crazy, out-of-the-box ensemble film that will make everything okay again. This time, they want a movie that doesn’t just fill in the blanks in between and makes your eyes sore but your brain numb, but a movie that will leave you as captivated as the stories in those wrinkled comic books did so long ago.