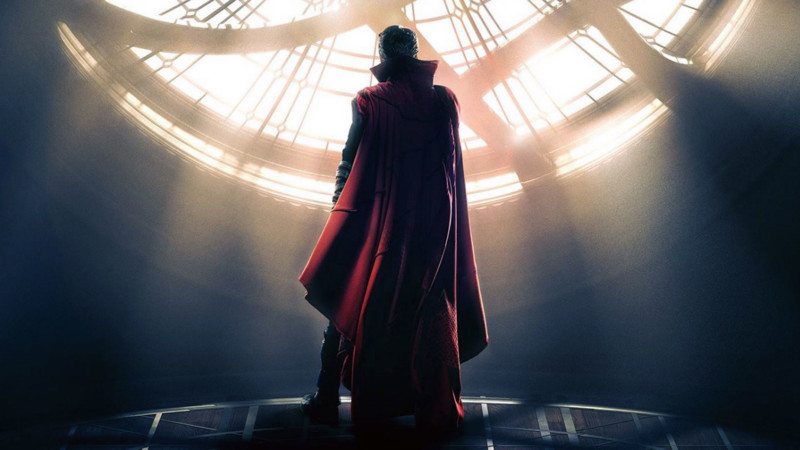 For almost a decade now, audiences have watched Marvel Studios create a cinematic universe never seen before in cinema. With each film, the universe they were building seemed to get bigger and bigger—with “Phase One” culminating in the epic superhero team-up in THE AVENGERS. During the fight sequence set in a New York City under siege, it felt like the Marvel Cinematic Universe (MCU) was meant to accumulate to this one epic climax. But since THE AVENGERS, that feeling has been missing. After Phase Two, the MCU clearly needed a shot in the arm, something new whilst still elusively similar. CAPTAIN AMERICA: CIVIL WAR was a shocking installment that created the universe’s first real fracture of the old guard, and put Phase Three on the right track going in. But it’s DOCTOR STRANGE that gives the MCU that kickstart it needs, not only introducing a great new character to expand the universe’s lore but also standing on its own as the best Marvel movie since GUARDIANS OF THE GALAXY.

A lot of what is so great about DOCTOR STRANGE comes from its subversions of the origin story, but when you look close enough, the blueprint of the Marvel movies still make up the foundation of the film. There is the handsome, rich, forward-thinking white guy who has an accident, which then leads him to extraordinary powers. There is the thinly written love-interest that takes a back seat to the plot. There is the threat in which the fate of the world rests on the titular hero’s shoulders. It’s all there, yet DOCTOR STRANGE still feels wholly original thanks to clever writing and mind-blowing visuals the likes of which the MCU had yet to see. It’s the most dazzling blockbuster of the year, and for good reason. It’s like watching your favorite origin story, one you’ve seen a million times, only this time you’ve taken a large dose of psilocybin, opening up avenues you never imagined possible. 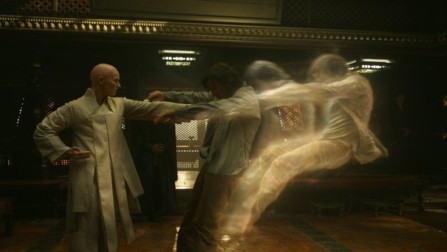 The entire film is gorgeous, offering a diverse pallet of locales, and that’s not even counting the mirror dimension. There are scenes in New York, Nepal, London, and Hong Kong, all equally as enamoring as the place before. Director Scott Derrickson (SINISTER) places faith in his CGI talents to monumental success. Set-pieces in the mirror dimension are some of the most exciting since THE AVENGERS. Derrickson bends time and space, making fight scenes feel original, exciting, and most importantly, unpredictable. The fight choreography is also fluid, with the sorcerers spells and punches landing with kinetic energy thanks to some slick editing which thankfully forgoes the quick shots and edits the genre is known for.

Benedict Cumberbatch is also great casting for Stephen Strange. He could have easily been relegated to another Tony Stark type, but Cumberbatch infuses the character with an endearing quality that makes him relatable in a way that Stark isn’t, even as he slings spells at evil villains. Cumberbatch is great, but the film is stolen by an amazing turn from Tilda Swinton as The Ancient One. She is probably the strongest written female character the MCU has seen yet, strong and badass one minute, somber and philosophical the next. She steals every scene she is in, and the uncovering of her past is the most satisfying arc of the film. These two, along with Mordo (Chiwetel Ejiofor) and Wong (Benedict Wong), all have great chemistry that will hopefully be explored further as the MCU continues to expand.

Unfortunately, the great writing in these characters also thrusts familiar MCU pitfalls into the light, brighter than ever. As much as DOCTOR STRANGE gets right, it does get some things wrong. The biggest problem it has is a problem that the MCU movies have always had—a forgettable villain. What could have been perfect casting in Mads Mikkelsen turned out to be yet another one-note antagonist whose most memorable quality was the amount of eye shadow he uses. Then there’s Rachel McAdams as Christine Palmer, Strange’s co-worker in which he basically just shares sexual tension with. If Marvel is going to continue this trend of boring love interests and villains, maybe cast some inexpensive actors and actresses. It is a waste of talent from both Mikkelsen and McAdams, both of who are phenomenal at what they do, if the writing is there. 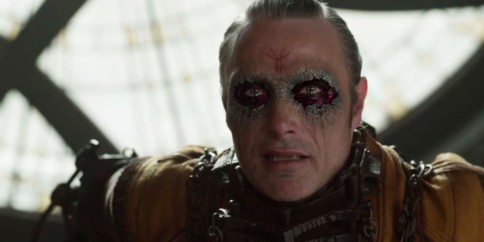 Thankfully, DOCTOR STRANGE does a lot more good than bad. Some spectacularly clever writing turns the usual superhero movie climax into something unforgettable and intelligent, utilizing its unique look and time-bending premise into an ending nobody could really see coming. DOCTOR STRANGE is a beautiful film with an impeccable cast that somehow manages to turn everything audiences knew about origin stories upside-down. The rest of Phase Three is going to have to turn up a notch if it is going to get out of the shadow DOCTOR STRANGE has cast. In this case, a little friendly competition might be exactly what the MCU needs.