After much anticipation, DC’s LEGENDS OF TOMORROW finally returned on its new night and time which it will stay at for the rest of the season; Tuesday at 9:00 pm. The suits at CW must have been having reservations about how well the show has been performing. Why else would they move it from its own night on Thursday, to right behind THE FLASH, one of their powerhouse shows? However, last night’s episode, “Raiders of the Lost Art”, is sure to quiet them down for the time being.

The episode is one of the series’ best, combining the jovial and sometimes free-spirited sense the show embodies with a story-line that is quintessential Legends. The episode also expands on an interesting side plot and sets the stage for the rest of the season. While there are some hiccups in the episode, Raiders of the Lost Art is a fantastic start to the second half of the season, and it leaves the viewer with a sense that this show is only going to get better from here on out.

READ: Want to Read Some Predictions For the Second Half of This Seasons THE FLASH? Click Here!

Let’s start with the good of Raiders Of The Lost Art. First off, the show finally acknowledged the three-man team of Dahrk, Merylin and Thawne as the Legion of Doom! I know it’s a small gesture, but to those of us who read comics it was an important one. It lends an air of legitimacy to the group and sets them up to be antagonists across all of CW’s DC universe, not just on Legends.

The story itself…was corny as hell. No denying that. But it was also exactly the type of storyline that Legends is supposed to do! It made me chuckle (and I hope, in turn, many other viewers) yet it kept an air of seriousness that kept the viewer engaged. In short, it was able to make an absurdly child-like idea (George Lucas not making films? Come on.) have some actual, potentially dire consequences. The whole being stuck in the trash compactor scene was a tremendous nod as well. 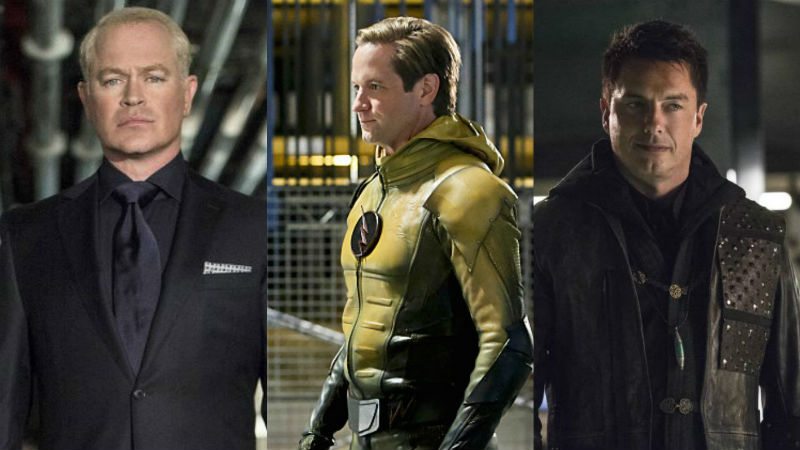 A Rip in the Fabric

Of course, like any show today, there were some hiccups. Raiders Of The Lost Art’s hiccup comes in the form of a tiny dry heave, and the source is the portrayal of character Rip Hunter. Now I don’t know if the actor who plays Rip (Arthur Darvill) is at fault, or if it was the director of the episode or even the writing staff, but the portrayal of Rip Hunter in last night’s episode was straight up abhorrent. Just a little P.S.A., I haven’t used the word abhorrent to describe anything since the state of the bathroom in my first apartment in Chicago. So hopefully you get the gravity of the situation here. This character is the lone smudge on the masterpiece that is this episode. The portrayal is over the top. It seems forced at some places, and Mr. Darvill appears to drag down the acting ability of everyone who is in a scene with him. I felt it was unbelievably ironic that his character’s complaining about the Vandal Savage actor’s lack of ability seemed to foreshadow his own performance in this episode. In short; Figure it out Darvill, you’re ruining it for everyone else.

Besides the laughably fun storyline that Legends provided, the B story in which a dead Captain Cold visits Heat Wave is expanded upon. This is an interesting little side plot that has the potential to grow into something more problematic as the season goes on. Not only could this ghost or these visions (Whatever you want to call them) get in the way of Heat Wave performing his duties in the field, what if he starts listening to it? There’s a line during the episode that went something along the lines of “He’s mocking me for staying on this ship with you”. Knowing that Mick Rory isn’t supposed to be the smartest of characters, it’s conceivable that this “time ghost” of Snart convinces Mick Rory to actually become a villain in some way shape or form (maybe join the Legion of Doom?). This would obviously become a major problem for the Legends if it were to happen. 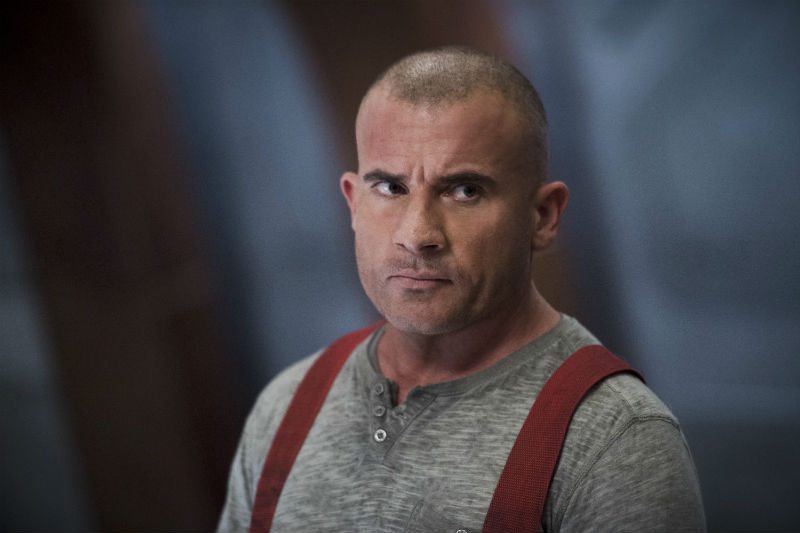 Raiders of the Lost Art is one of the best episodes of Legends of Tomorrow that has aired, hands down. The story was intriguing, the tone was jovial, the B Story was interesting, and the episode also established the beginning of DC’s most tyrannical group. This is a far cry from the season premiere, which ironically felt like a rudderless ship, as it was the first episode without the team’s captain. As mentioned in previous articles, Legends seems to work best when there is a season-long story arc. The writers of the show seem to have come to that conclusion as well (or maybe this was their plan the entire time, who knows) and have started the second half of this season off in a way that makes the viewer excited about what’s to come.