Another year, another hero to look forward to. 2017 promises to be a year filled to the brim with exciting prospects in comic book film and television. Whether it be post-credit scenes or adaptions of various characters, maybe even flawless action sequences, we are all left in anticipation for what the year can bring. Here we highlight some of the things to look forward to in 2017.

5. Guardians of the Galaxy Vol. 2 Soundtrack

Needless to say GUARDIANS OF THE GALAXY is one of the distinct high points of the Marvel Cinematic Universe. Few expected the astonishing space opera to hit so perfectly the humour, heart, and adventure of the team. The film added a new dimension to the MCU and fed into Chris Pratt’s ascent into superstardom. However, one of the most notable features of GUARDIANS is its soundtrack. Peter Quill’s mixtape not only served up a perfect fusion of 80s nostalgia and timeless hits, but it also rounded out Quills character growth and threaded their adventure impeccably. GUARDIANS OF THE GALAXY VOL. 2 is sure to provide plenty of adventure, the introduction of Mantis, a refreshed dynamic with Baby Groot and Rocket, plus a new villain and Kurt Russell all foreshadow another 80s infused epic. Additionally, one thing we know for certain is the new soundtrack to accompany the film will be as indicative as vol 1. Sweets “Fox on the Run” complemented the trailer flawlessly and only further ignited our excitement for the next installment within the MCU.

LOGAN. Hard to decide whether this film will serve as a beginning or an ending. Marked decisively as the last appearance of Hugh Jackman as the titular character, expectations are high for his send-off. With a less than stellar reception to X-MEN: APOCOLYPSE, LOGAN is noted for how distinctly it strays from the X-MEN franchise. The story illustrates a matured Wolverine, in an age where the mutant population seems to be dwindling and a Charles Xavier (Patrick Stewart) whose powers have become unstable and his memories have faded due to Alzheimer’s. They are tasked with protecting a young girl, a clone of Wolverine named Laura Kinney (Dafne Keen) against a corporation led by Nathaniel Essex. For those familiar, this film seems like a fusion of the classic OLD MAN LOGAN and the origin of X-23. Surely we are all looking forward to what kind of Laura Kinney Fox has in store for us, how they will adapt the X-23 origin, and what kind of send-off we can expect for old man Logan. After the success of X-MEN: DAYS OF FUTURE PAST and the lukewarm reception of X-MEN: APOCOLYPSE, LOGAN promises to be a redeeming film that abandons the fanfare and pays homage to a much-beloved character. Plus, the potential X-23 (AKA Laura Kinney) exudes leaves the door wide open for where Fox can take the franchise.

It is laughably frustrating how scarce information is on this film. It is no secret that Harley Quinn has experienced a recent surge in popularity. For those who have followed the beloved anti-hero through various mediums (Arkham Knight video games, comic books, BATMAN THE ANIMATED SERIES, etc), it is a welcome sight to see a live-action adaption in SUICIDE SQUAD and a GOTHAM CITY SIRENS spin-off on the way. However, we must not overlook her next appearance in the upcoming animated feature by legendary Bruce Timm. Timm has announced plans for an original animated feature, BATMAN AND HARLEY QUINN which is expected to release in the summer of 2017. Though minimal to no details are available, we can expect the film to be illuminating. As the co-creator of Harley Quinn, Timm is at an advantage to explore the nature of the character in a manner that is enlightening. Additionally, we have few opportunities to unearth her relationship with Batman, and vice versa. The most we got was in the BATMAN: THE ANIMATED SERIES episode “Harley’s Holiday.” In which Harley has been supposedly rehabilitated and has developed a tentative rapport of sorts with the Caped Crusader. It would be insightful to play out the kind of dynamic that would exist between the two with the (assumed) absence of the Joker, what Harley’s motivations would be for villainy, her approach to crime, and the kind of stories Timm could showcase. However, as it stands, we have no idea where this story could go, that in itself is exciting and perfectly in line with the character.

READ: The Evolution of Harley Quinn

2. DEFENDER’s (plus IRON FIST and PUNISHER)

It is no secret that Netflix has provided some stellar heroes. DAREDEVIL, JESSICA JONES, and LUKE CAGE have all exhibited some of the most captivating, action-packed, and thorough heroes. Within the backdrop of the MCU, Netflix has provided a gritty and accessible cast of characters. 2017 will be a big year, for it not only set’s forth the last Defender, Danny Rand as Iron Fist (Finn Jones), but it will finally unite the four. DEFENDERS is what these heroes were building towards, we will see the connections and interplay between a myriad of characters as they go up against Sigourney Weaver’s unnamed villain. Additionally, we will witness the return of Frank Castle’s Punisher (Jon Bernthal) in his own spin-off series. 2017 is an exciting evolution for Marvel television, with Netflix’s track record and the rich history of each character, there is a lot of promise on the Netflix front.

WONDER WOMAN serves as a potential turning point in the DC Extended Universe. Given her casual relationship with film and television, this will be Wonder Woman’s first film adaption, her first live action appearance since the Lynda Carter television series, the first female heroine to get a film, and the final totem in DC’s trinity, there is a lot of anticipation for the Amazonian warrior. The divisive response to SUICIDE SQUAD, BATMAN V SUPERMAN, and MAN OF STEEL have fans crying out for a universally beloved movie. WONDER WOMAN could be that film. It has to be that film. Please be that film. Gal Gadot will play the titular character in a World War I era. If Batman brings the sleuthing and detective capabilities, and Superman the sci-fi and hope, Wonder Woman serves as a warrior, providing the power and strength that she has been trained in. The dynamic between the three, and Wonder Woman herself was a high point in BATMAN V SUPERMAN. For once we have an opportunity to go back in time and establish her origins and character. Wonder Woman is at a unique advantage in the sense we have already seen her in BATMAN V SUPERMAN. The director Patty Jenkins, can look back and see what worked with fans and what didn’t. Additionally, studios can learn from their past mistakes and create a more cohesive film. WONDER WOMAN screams potential, and its June release could not come any sooner. 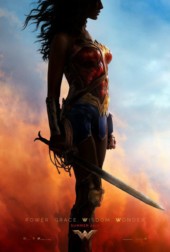