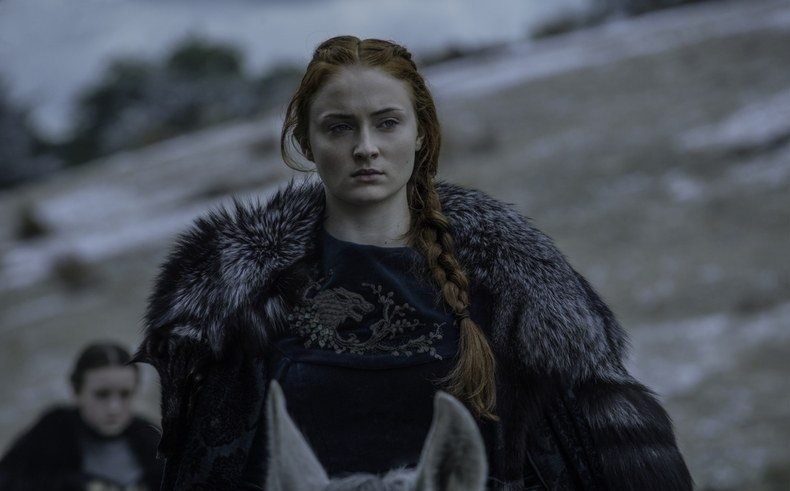 There’s a disturbing pattern found in female characterization on television. In an age of gritty anti-heroes, characters are getting increasingly more mature. Unfortunately, with female characters, this tends to be displayed in one terrible way: there are many TV women whose primary development—or even sole development—stems from being a victim of rape. As television strived to become edgier over the years and delved into darker problems in society, it’s understandable that programs would try to handle assault. However, when it only exists as a way to break or define its female protagonists, the shows that use it mistreat both its characters and the severity of the issue.

Many engaging female characters in television are fleshed out by sexual assault, either partially or entirely. In HOUSE OF CARDS’s second season, Claire Underwood reveals she is a victim of sexual assault. This then becomes the primary storyline for her character for the season. In the very first episode of THE AMERICANS, protagonist Elizabeth Jennings is sexually assaulted by Timoshev, her Soviet trainer, in a flashback. Megan Holter, a character in the new series OUTCAST, was introduced as the sister of protagonist Kyle Barnes. Unfortunately, once her relationship with Kyle and his ex-wife are explored, Megan is thrust into a sexual assault storyline with her foster brother. This repeated theme of rape is confounding, but more than that, it’s lazy writing. Using sexual assault to show that your characters live in a dark world is unnecessary and cruel to those characters, and those that have actually suffered from rape.

The problem with these examples isn’t just the general usage of rape as a characterization tool—it’s how unnecessary it is. In each case, these women could be shown as edgy or prevalent though something other than rape. Megan’s plot line, regarding her rape, is an especially aggravating example of this. As OUTCAST is still in its first season, so much of the show’s universe is still forming. Why is it then, that in a show primarily about demonic possession, this character is trapped in a sexual assault plot? It’s not only a confusing tangent, it’s downright insulting that it’s the only thing keeping her in the show. Megan’s main purpose in the show is to have a sexual assault storyline shoehorned in.

READ: How is the lack of defining sexuality problematic in ORANGE IS THE NEW BLACK? Delve into this issue here!

The most disappointing example of misusing rape in modern television is GAME OF THRONES’s Sansa Stark. While Megan’s initial development is shaped by sexual assault, Sansa’s role has continuously been as an object of torment. Granted, Sansa was defined by being Arya’s spoiled older sister in season one. But since then, she’s been passed from one violent psycho husband to another. It was such a refreshing moment when Sansa escaped King’s Landing and was free of Joffrey’s violent tendencies. But instead of giving her a break, Sansa was married off to Ramsay Bolton, and viewers were subjected to a horrifying, unnecessary rape scene. Sansa may be on a bit of a redemptive arc in the sixth season, but GAME OF THRONES has continuously held down Sansa by defining her as a victim.

This emphasis on rape as a characterization tool also comes off as inherently sexist. Sansa, along with many female side characters, function primarily as tools to show that the GAME OF THRONES world is violent and full of sex. Sansa is completely stripped of her agency, as she’s used as a sounding board for her aggressors. We see more evidence of this with Daenerys Targaryen, a character whose role in the pilot was being sexually assaulted by both Khal Drogo and her brother, Viserys. Much of the show’s lore is rooted in the rape of Lyanna Stark, mostly to explore male characters like Eddard, Robert, and Jon Snow. Using rape as a characterization tool doesn’t just take away the victim’s strength, but strips them of agency comparative to the male characters. Adding a sexual assault storyline makes women possessions to conquer and fight over.

Jessica Jones is likely the best example from recent years of how to handle sexual assault. The Netflix series JESSICA JONES follows a super-powered PI trying to take down a mind-controlling psychopath named Kilgrave. Kilgrave had used his powers to rape Jessica, and it certainly fuels her fear of him. But the important distinction is that their relationship and Jessica’s character are not defined by this. Her main motivation in the series isn’t pure revenge, but rather to help protect others from suffering the way she did. Even her past with Kilgrave isn’t primarily defined by the sexual assault. If anything, the main focus is how he made her kill Reva Connors. JESSICA JONES tackled rape, but never made it the sole subject. Instead, it let Jessica be powerful and more than a victim, which made her more engaging.

All of these female characters are cunning and interesting in their own right, but why must their origins all include being a victim of rape? More than showing how a woman becomes jaded or edgy, it shows them at a sickeningly weak moment. That’s NOT to say there’s no coming back from sexual assault, or that you can’t overcome it. The problem in these shows is how it’s specifically making victims out of its female characters in the interest of defining them. It’s more than just saying they’re jaded or have a dark past. It’s separating the real, lasting effects of rape on real victims in the interest of storytelling. These story lines demonstrate a fundamental misunderstanding of what rape victims struggle with. Sexual assault should mean more than that—and it rarely ever does in these shows.

READ: How are feminism, sexual assault, and power explored in the ALIEN franchise? Find out here!

The question now becomes whether rape should be explored on television. It doesn’t feel right to say that any topic should be ignored, even one as vile as this. However, rape is the kind of issue that requires extreme caution when approaching. The key problem in its portrayal is marking out how much to explore the act of rape before it just becomes demented. Sexual assault may be implicit in GAME OF THRONES’s sex-crazed world, but there’s only so much the audience needs to see. GAME OF THRONES many not have literally shown Sansa’s rape, but it left nothing to the imagination. Whereas in JESSICA JONES, we see Jessica under Kilgrave’s influence, but never actually watch him rape her. This works for the show, as it prevents over-emphasizing the rape, and keeps Jessica from becoming an object of sex and torment..

The principle behind giving a female character a struggle with weakness makes sense. But making this struggle about sex, and how these characters become possessions via sex, is what’s problematic. Plenty of male characters struggle with weakness in television, but almost never through sexual assault (outside of OUTLANDER’s Jamie Fraser). Walther White, the BREAKING BAD protagonist, struggles with cancer, which oftentimes holds him back. It’s a far more engaging weakness than making Walter a victim of rape because it leads the struggle to become all about him. It’s a focus on his own helplessness—falling victim to a disease—versus his helplessness at the hands of another person. Clearly, there’s an understanding that rape does not need to be the weakness or trauma which determines jaded characters. But too often, it’s the primary tool for defining females in drama series.

The distinction of how much sexual assault becomes the focus through which a character is defined can be what makes or breaks their storyline Too often does it overpower the narrative, and cripple otherwise powerful characters. Overcoming sexual assault can be a defining aspect of a character, but it shouldn’t be the defining aspect. It’s insulting and simplistic to say a character can be defined by a single, horrible incident. A character shouldn’t be subjected to rape in order to become complex or compelling. If a show is to successfully explore sexual assault, then it cannot let that issue overshadow everything else.