Last night’s episode of THE WALKING DEAD, titled “Say Yes,” was, for lack of a better term, bland. THE WALKING DEAD does a great job cycling through and focusing on individual characters week to week. However, episodes such as “Say Yes,” which have minimal character interaction, are the ones that seem to fall short of the viewers’ usual lofty expectations. Couple that with the fact that “Say Yes” focused mainly on two of the show’s less compelling characters and you have a recipe for a good, yet underwhelming episode. However, it wasn’t all bad. While it didn’t have the action of “A Rock in the Road” or the character introspection of “Hostiles and Calamities,” the episode was entertaining enough and introduced a nifty little side plot that is sure to have ramifications for everyone in the Alexandria community. 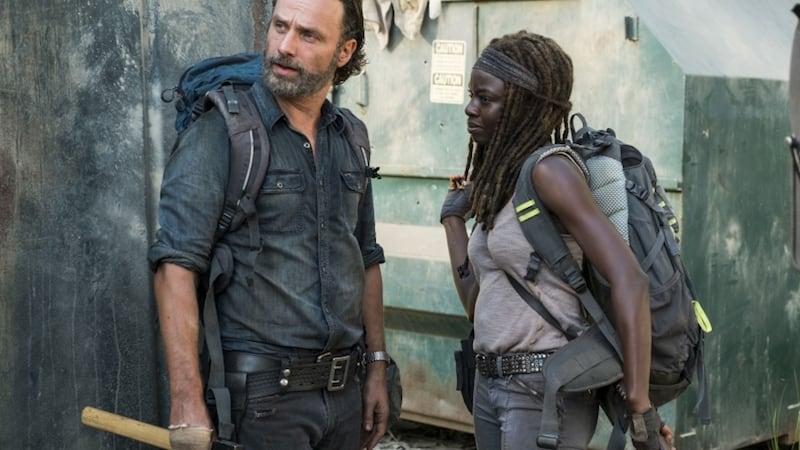 While the actual presentation of “Say Yes” wasn’t up to snuff, the plot was simple and straight to the point. Rick and Michonne are searching for guns to give the Scavengers. They then find a bunch of former military members turned zombies (in a carnival no less) and have to kill them and take the weapons they are holding. Given the simplicity of the plot, it seems as though the primary focus of the episode was supposed to be the exploration of Rick & Michonne’s relationship. However, if that was indeed the case, then honestly it was half-assed. While the viewer was treated to a montage of those two fighting, foraging, and making love, we were deprived of any meaningful insight into their relationship. And that was disappointing to see. For a show that usually does a sublime job crafting, examining and exposing characters and relationships, “Say Yes” really left something to be desired when it came to Rick and Michonne’s relationship.

READ: Want to read about morality in The Walking Dead? Click Here!

Continuing with the theme of mediocrity, the actual zombie killing in “Say Yes” was unsatisfying as well. Maybe we’ve been spoiled over the last couple of episodes. Between the crew cutting down half a horde in a matter of seconds and Rick taking on the Scavengers’ “Woodrow,” the last couple of zombie interactions have been unique and pressure-filled. This time? Not so much. Killing a bunch of walkers one by one while they are on the other side of the fence is hardly exhilarating, nor was there any sense that either of the characters was in real trouble. And while Michonne might have thought for a just a second that Rick was dead after falling from the Ferris Wheel, you’d be hard-pressed to find someone who didn’t think the walkers were eating the deer that was on screen only thirty seconds before. 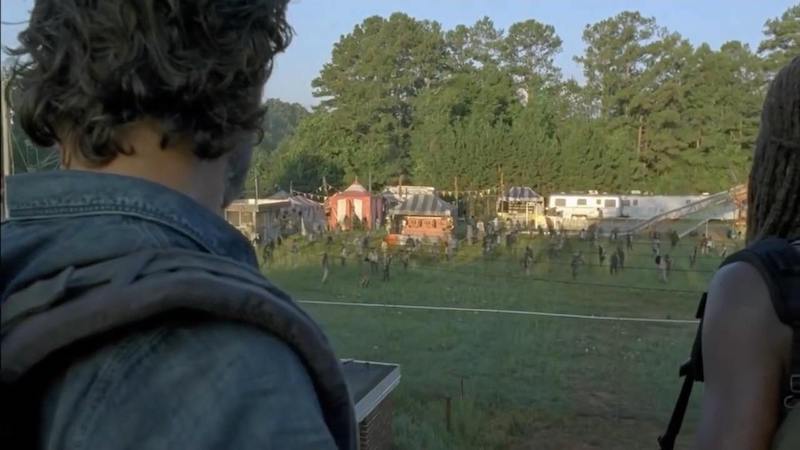 Overall, “Say Yes” wasn’t a tremendous episode. It didn’t have the real character exploration or nail-biting type of action the audience has come to expect. While the majority of the episode was bland, there was one notable highlight. With Sasha and Rosita both coming to the conclusion that the rest of the group is moving too slowly, one must wonder how their plan to kill Negan will affect Rick’s plan to attack The Saviors. To take a step back here for a moment, it has been confirmed that Sonequa Martin-Green (Sasha) is set to play the lead role in CBS’s STAR TREK: DISCOVERY. There had been a lot of chatter about how she was going to balance both shows, and now it seems like THE WALKING DEAD is all but certain to kill her off. Assuming that is indeed the case, one has to wonder what this means for Rosita, as well as the rest of the Alexandria community. Will they have to move up the date of their attack? Will they be ready? These are questions that are just begging to be answered, and with the season winding down, hopefully, we won’t have to wait until October to find out.