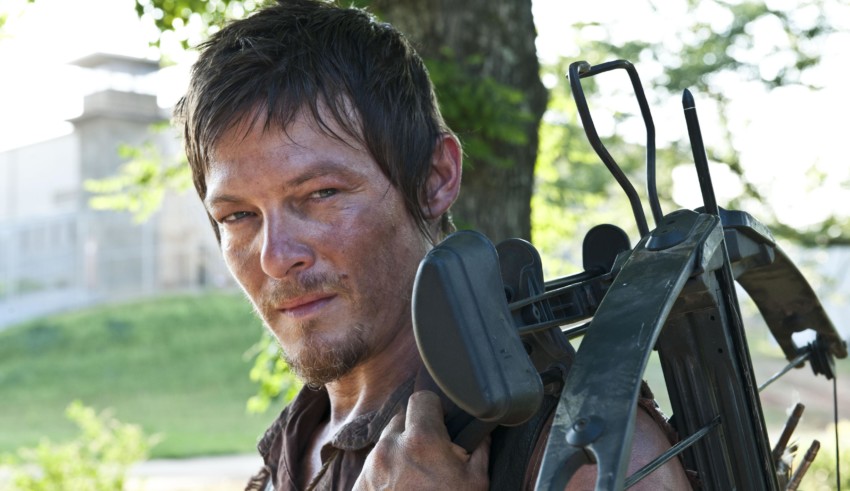 As far as television tropes go, one of the most prevalent is the “bad boy” character. He’s the rough-and-tumble badass who acts tough, but really has a soft interior. It’s not a bad character to have—a stereotype with built-in complexity is nice. The only issue with such characters is what happens after you cover that basic outline. The trope is seemingly unsustainable in many cases. There are many examples where the character becomes overly tame and sympathetic, or they become straight-up villains. This is what makes bad boy characters problematic – while the bad boy is easy to write, where he goes next is difficult to get right. How to keep them in that moral gray area, and make them work, is a balance many shows can’t sustain.

One of the most prevalent examples in pop culture today is Daryl Dixon. A mainstay on THE WALKING DEAD since its first season, Daryl started as a real jerk. He was racist, bloodthirsty, and always angry—and quickly became a fan favorite. The problem is many of Daryl’s edgier characteristics haven’t survived all six seasons. Daryl, the bloodthirsty hunter, is gone halfway through the show. He goes from bad boy, to disagreeable archer, to a surly biker we hardly recognize. Daryl even joins a biker gang in season four, and clearly sticks out, as he is comparatively kind and fair. And as the show adds more characters, Daryl gets less screen time. When Daryl became less badass and semi-present in the show, he lost what made him a unique character. For such an engaging bad boy character, he now gets lost in the sea of zombie survivors.

Sawyer, from LOST, is another example of a bad boy who LOST his edge. Much like Daryl, he starts as a racist, selfish jerk. He hoards supplies, starts arguments, and has a mean nickname for every crash survivor. The inclusion of his backstory, and the con man that ruined his life, gives him the human side that makes him likable. But, much like his long-haired southern counterpart on THE WALKING DEAD, Sawyer becomes diluted. Aside from the nicknames, Sawyer becomes a slightly angrier version of protagonist Jack. In this case, his inclusion in the show’s various love triangles overwhelmed his antagonistic aspects. Yes, love triangles are in most every TV drama. But the changes in character made Sawyer transition from lovable scoundrel to somewhat disagreeable love interest. That’s not what made Sawyer engaging at first, and it’s what ultimately took away from his character. 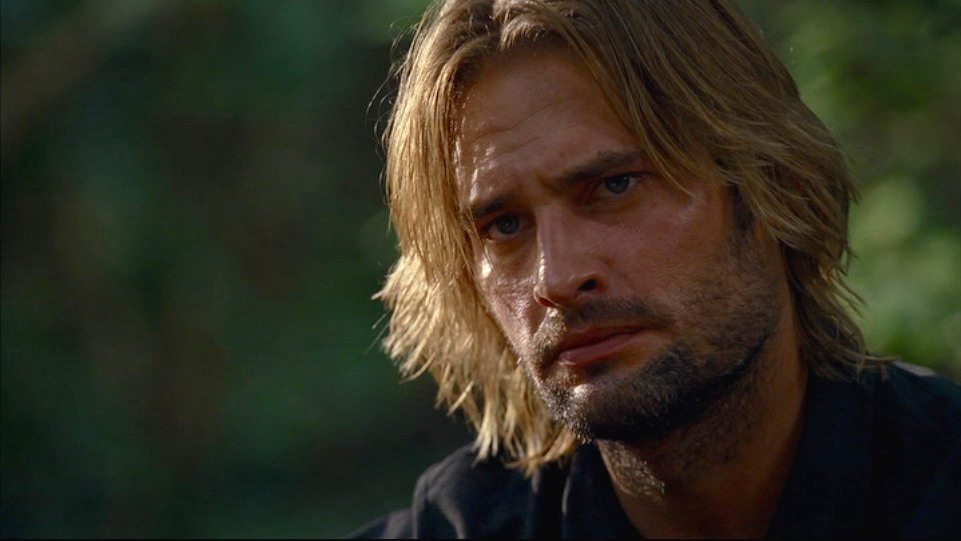 These two bad boys started strong, but their development made them too heroic. Daryl and Sawyer had their antagonistic aspects whittled away when they became so well-liked. In order to become more beloved, their softer, gentler characteristics have to take precedence. For a bad boy to really work, they have to maintain that fine line between likable and devious. These two started strong, but failed, because they went over the line into slightly misunderstood sweethearts. Daryl became a semi-present zombie slayer, and Sawyer became a puppy-dog-eyed bookworm. It was their likability that inevitably killed their characters.

One bad boy that had quite a run was Spike, from BUFFY THE VAMPIRE SLAYER. Introduced as a villain in the show’s second season, Spike eventually became a begrudging ally. For a few years, Spike was a weird mix of bad boy and comic relief. He was still his hard-edged, vampire self, but he wasn’t taken as seriously. That all changed in the sixth season, when Buffy began a very unhealthy relationship with him. That’s when Spike crossed a line from bad boy to vile and villainous. Whereas Daryl and Sawyer lose their edge to become broadly likable, Spike did just the opposite.

Therein lies the danger of writing your bad boys into corners. They either come out mushy or watered down, or double down and become completely evil. Stereotypical bad boys can easily become bland and boring, but go too far the other way and they become irredeemable. Sawyer always clashes with the protagonists of LOST, but by a certain point, he becomes too reasonable. Daryl does so little in THE WALKING DEAD these days, he’s barely a real character at all. Spike becomes a good guy in BUFFY’s final season, but his most heroic act is also his final one. These characters cross the line in different ways, but the end result is the same. The bad boys come out as beloved bores or vile monsters.

READ: How have bad boys in action movies evolved? Here’s how masculinity is being redefined in the genre!

It would seem that, based off these cases, most TV bad boys tend to become either boring or malicious. There is a third evolutionary path, however. That third option is embodied by Shane, Daryl’s bad boy competition in THE WALKING DEAD. Shane is the perfect foil for the show’s protagonist, Rick. Shane constantly argues with Rick, frequently gets his hands dirty, and even gets involved with Rick’s wife. Shane isn’t evil, like Spike, but he’s never truly likable, the way Sawyer or Daryl become. During his run on the show, Shane never becomes as soft as Daryl or Sawyer—but that’s because he doesn’t stay on the show very long. Shane dies in the second season of the show. Shane remains a compelling bad boy throughout his time on THE WALKING DEAD, but that’s primarily because his time is so short.

What does this then say about the bad boy character? That he can only be good (or bad, in this case) in small doses? These bad boys either tend to lose their touch, or descend into darkness. Is death really the best middle ground for these characters? There’s no denying that killing Shane early keeps him as an eternal, unsullied bad boy. On the other hand, it seems like a cheap play, and almost lazy, to kill a character just because you don’t want them to evolve. So can characters evolve and still be surly jerks? At what point does the stereotype just break?

The one bad boy in television that does work is Jaime Lannister, from GAME OF THRONES. Much like Spike, Jaime starts as a flat-out villain, as his family fought with the noble House Stark. But as the show’s narrative expanded, Jaime became a bigger character. Becoming a bigger character led Jaime to transition into a bad boy. Jaime’s pays the price for his merciless fighting when he is captured and loses a hand. But once he’s saved, Jaime jumps right back to slaying any enemies of him or his sister-lover Cersei. While Spike jumps from joker to rapist to savior, Jaime treads the line of fewer extremes. He’s always tilting one way or the other, never fully committing. That may sound weak, but that’s just what a successful bad boy character does.

Jaime proves that it’s possible to maintain the bad boy. He works because he never fully commits to being either kind or cruel. For Sawyer and Daryl, they became too likable, and became boring by the end. Shane died before his character could develop into anything more. And Spike jumped to either end of the extremes, which was too jolting and sporadic to be enjoyable. If a bad boy is to work, they have to fluctuate. The audience should want to stab them one moment, but want to fix them by the next episode. Essentially, to fully commit to a TV bad boy, the character can never commit to either side of the spectrum. The audience should always be left guessing where the bad boy will go, and never be sated.